NewsPaperthe art of publishing
Home News Patrick Benhem-Crosswell: Up against Putin’s army in Europe, we would be on...
35

Patrick Benhem-Crosswell: Up against Putin’s army in Europe, we would be on the back foot 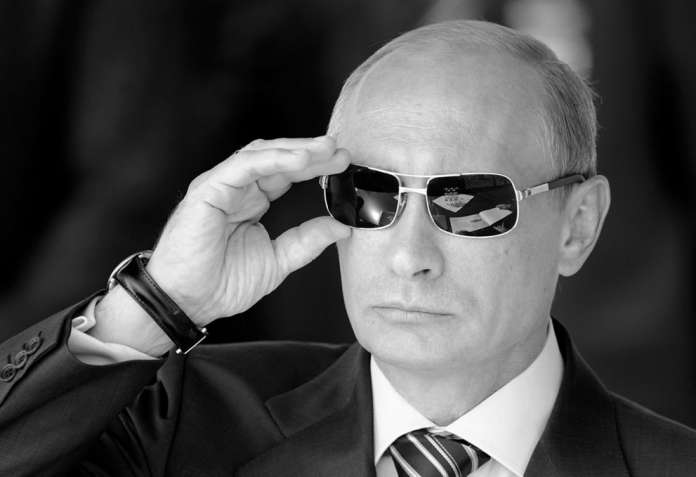 As I’m sure Mrs May has been told many times, the protection of a nation and its people is the first duty of government. So how is it looking for our latest Prime Minister?

The media tell us that the greatest threat facing the UK is the terrorism of the fanatical, deluded Muslim extremists. Perhaps. Since the 7/7 bombing in July 2005, which killed 52 people precisely one person has died in the UK as a result of terrorism, which was Fusilier Lee Rigby in 2013. Without being complacent or tempting fate, I would say that one death a decade rather suggests that the security forces are doing a fabulous job. Yes, there will probably be another outrage, but in terms of protecting the nation Mrs May, and indeed her predecessors, seems to be doing well. Which, of course, she knows from her stint running the Home Office.

But what about the threats from non-Islamic maniacs?  We are replacing Trident, so are as safe as one can be from nuclear attack by a nuclear power. We’re still an island, so any invasion would be a colossal undertaking even before the Navy and RAF intervened. I don’t think we should worry about that either, particularly as we’re still NATO members and only the Irish have a route to invade the UK that doesn’t pass through another NATO member. Anyway, the bi-annual Irish invasions of Cheltenham seem good natured enough, and they pay their way.

But of course, NATO membership brings obligations. Can we actually contribute to the defence of our NATO allies? This is becoming an increasing concern as Vladimir Putin becomes more aggressive. The news here is less good, as we would be facing an armoured (i.e. tank) threat on the ground. We used to be superb at armoured warfare, as we demonstrated in the First Gulf War. We sent one armoured division, augmented from other units, as we did not call out the reserves. That left two other armoured divisions uncommitted. Each of those divisions comprised 3 armoured brigades, giving a total of nine. (A brigade is generally the smallest sensible commitment to make to any theatre, it comprises a mix of tanks, infantry, artillery and engineers and totals about 10,000 personnel). Today we have just three armoured brigades. Worse, each of those has half the number of tanks that the ones in the Gulf War had.

The question is, how much is enough? Well, Putin has a huge army. In the bit currently facing the West there are probably over 1,000 tanks, twice that in infantry carriers and an impressive assortment of artillery etc. Of course, in the event of hostilities the Russians could reinforce that – probably to over 2,000 tanks. By contrast on the NATO side, the Poles have 900, German around 200, Hungary 30, Bulgaria 80 and the French (if they chose to play) 200. The Americans have thousands, but not in Europe. The Baltic states have none. So, if Putin chose to move against the Baltic states, NATO would have a big problem. Even if they agreed to launch a counter attack from Poland the odds are bad. (Spelt suicidal).

What about quality? Most of the weaponry is an evolution of the Cold War stuff and the NATO kit is generally better. However, retrofits of things like thermal imagers and improved armour have probably narrowed the performance gap. On the quality of training it’s again hard to say. The British Army has been on operations for over a decade, but not in an armoured role. Keeping soldiers trained is expensive and time consuming. While there are now plenty of simulators, and jolly good ones, there is no substitute for getting cold, wet and dirty for long training periods (like a month). For budgetary reasons the British Army maintains its combat vehicles centrally, with only about 25 per cent available for use in training. Back in the Cold War and Gulf War every crew had its own vehicle all the time. It is hard to believe that armoured soldiers now are anything like as proficient as their predecessors –  the last British soldiers actually to win. Finally, there is the quality of leadership. Without ample training, combat leaders do not get to practise and develop confidence in their judgement, and nor do their minions develop confidence in the quality of their commanders – which is vital when bullets start flying about the place.

At the moment, Mrs May has, rightly, committed to the NATO target of spending 2 per cent of GDP on defence. However, given the vagaries in the measurement of GDP and defence accounting, this may not be significant, and may not be enough. In the next article I shall investigate this futher, and see how Mrs May can advance from the promising start.