NewsPaperthe art of publishing
Home News Patrick Benham-Crosswell: Ex-soldiers as warders is not a panacea for our prisons
16

Patrick Benham-Crosswell: Ex-soldiers as warders is not a panacea for our prisons 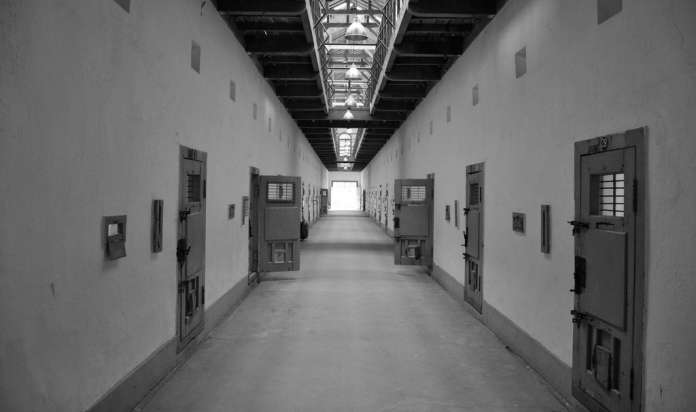 So Liz Truss’s master plan for solving the many problems in the prison sector is to recruit ex-soldiers.  I can see a few flies in this ointment, as would anyone who knew about soldiering or (I suspect) prisons.

Liz is right that the Army runs the most efficient prison in the world.  Its recidivism rate is negligible, it seldom has riots and relationships with inmates are so good that they are routinely issued with firearms and live ammunition.  Inmates return to their units far better soldiers than they were when they arrived; specifically, they return fitter, more skilled and better educated.  One can see why Liz (and other politicians before her – the lack of originality is depressing) have come to similar conclusions.

But that does not make them right.  For a start, the Army prison is not a detention centre but the Military Corrective Training Centre.  Yes, inmates are not free to come and go, but then recruits to the Army do not have this freedom for typically 5 weeks.  Training people costs money. The Army is prepared to spend because it sees the return on investment (and indeed the recovery of the lost investment in a soldier who would otherwise have been dismissed).

Thirdly, there is no drug problem – drug offences result in dismissal from the Armed Forces. So the MCTC has almost the perfect inmates. It is no holiday camp, but the inmates want to return to the Army and generally know that they will continue with a clean sheet.

Fourthly, MCTC sentences are short – typically three months.  This is possible because more serious offences, which involve dismissal from the armed forces, are dealt with in the normal prison system.

So while the MCTC is a superb prison, it is hardly a prototype that could be adopted by the Prison Service. To be fair, that is not what Ms Truss proposed, but it is important background on how to make a prison that works.  It also demonstrates the point that while soldiers are highly disciplined and impressive people, that is because they voluntarily live in a highly structured and disciplined sect.  Once they leave their individual values may continue, but the structures that uphold them do not exist in civilian life.  Leaving the armed forces is more akin to a monk leaving a monastery.

So would an ex-soldier make a better prison warder? Perhaps, or perhaps not. It depends on the individual and how they fit into the Prison Service structure.

Finally, would a large number of ex-service people want to join the Prison Service.  Perhaps, but they will all be making that choice based on their future aspirations, whether they have left after 3,6, 12 or 25 years’ service.  Ex-soldiers are increasingly in demand in the commercial world, so the Prison Service is competing in an open market.  Moreover, it loses one of its best selling points, “making a difference” and “serving the public” as most servicemen have already done that.  Many leavers are now seeking to make sufficient money to secure their families.  A fair few of them also have a healthy distrust of working for the government based upon their experience in the armed forces.  Many are also suspicious of union membership, having served without that luxury.

So, Liz, yes, the prisons have significant problems.  And yes, fixing them is your job.  And maybe there are possible solutions to some of the problems within the armed forces.  Maybe ex-servicemen will make excellent prison warders.

But solving the problems in the prison system is going to take much more than a vacuous sound bite in a conference speech. I suspect that this is well beyond your abilities Liz; please prove me wrong.