Paranoid Labour is at war with itself 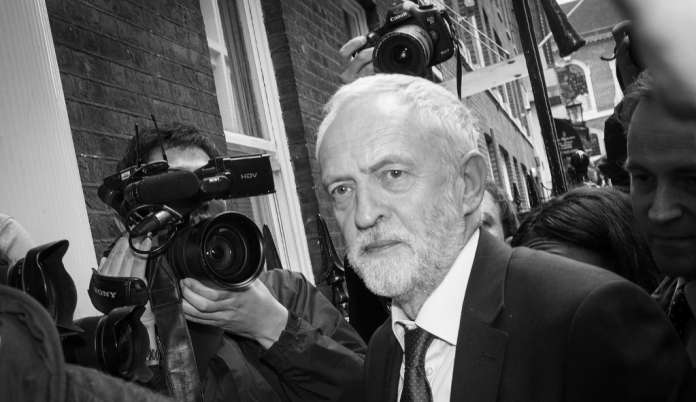 You might be finding it difficult to keep track of the anti-Semitism row consuming Labour. But one thing showing through is the Left’s enduring love of internal political warfare. Not just between the party’s two main blocs, i.e. pro-Corbyn versus the (ever-shrinking) anti-Corbyn wing. Now we are starting to see serious strains between Corbynites. Strife within strife: however much a true believer dislikes external enemies, nothing beats a dispute with comrades over ideological purity.

I know this will have already occurred to many (apologies), but Monty Python captured the Left’s love of fratricidal conflict perfectly with their skit on the Judean Popular Front versus the People’s Front for Judea. So it’s perhaps fitting that in 2018 the Holy Land and Israel provide the backdrop to the current bout of Labour ill-will.

Until his remarks emerged, Mr Willsman had been on the slate of Momentum candidates for election to Labour’s ruling National Executive Committee. He has now been removed from that list, which many comrades see as a betrayal – a surrender to the shadowy and conspiratorial forces of Zionism. To the ‘ultras’, Momentum has let the side down; a fracture is emerging.

In the last few days, Corbynite social media has been full of protest at the dropping of Mr Willsman. Comrades have gone online to pledge their continued support for him and to dispute that there is any real anti-Semitism in Labour: it’s all just a carefully orchestrated campaign to damage and destabilise the party and Jeremy Corbyn. By failing to stand by Mr Willsman, Momentum’s leadership have given in to the vicious dishonest attacks of the Tories, Blairites and other evil defenders of Israeli ‘apartheid’. Memberships are being cancelled, cards ripped up in disgust.

Jacqueline Walker, once vice-chair of Momentum until losing the position in 2016 after her own interventions in the anti-Semitism saga, is seen by many Corbynites as a keeper of the true faith. Over the weekend, Ms Walker posted on Facebook an eight-minute video which discusses how discontented Momentum members could form new groups to allow the struggle to be continued along the right lines.

Ms Walker doesn’t want to organise a breakaway faction, but would be very happy to visit and talk to any group that like-minded activists might start. She expresses considerable unhappiness with Mr Lansman. Watching the clip, you might think some of her comments are hardly fraternal, but other comrades have been been even morer outspoken with accusations online that Lansman is little more than a mouthpiece for Right-wing media, even a ‘fifth columnist’. This is a man who has fought for socialism his whole adult life; a key figure in the Corbynisation of the Labour Party. It’s like accusing Jacob Rees-Mogg of closet Maoism.

Not that long ago, it looked as if the Left had made an important and clever move. They had been able to escape the atmosphere of dullness and eccentricity that seems to stick to much grassroots political activity. The Corbyn surge made politics seem exciting and optimistic. However false you might have considered Labour’s prospectus, many voters thought they saw a powerful and positive force for change. Things felt good and the name ‘Momentum’ seemed well chosen.

But the nastier qualities of the old Left never really went away and are now reasserting themselves: paranoia, self-righteousness and the self-awareness of a fractious two-year-old. The various Corbynist Facebook pages are filled again with bitter suspicion, blame and cries of treachery. And this is a mess Labour has created for itself without the need for outside help. All parties have bitter rows and enmities: look at the decades-old Conservative civil war over Europe. But in a tradition going back to Ramsay McDonald’s splitting the party in 1931, Labour has managed to show a special talent for rancour and division.