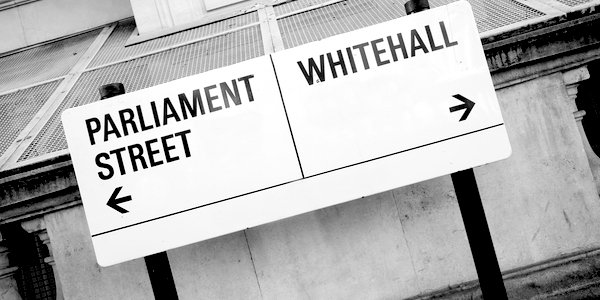 ON Monday, Iain Dale on Sky’s morning politics programme presented by Adam Boulton rightly criticised the attack on Jeremy Corbyn made by an anonymous civil servant, accusing him of physical and mental frailty rendering him unfit to fulfil the task of a Prime Minister of the UK. Dale said he detected a growing politicisation of the civil service and also instanced Olly Robbins in this regard. Dale quoted former MP Douglas Carswell saying that he would far rather be governed by an elected politician, however weak, than a manager unaccountable to the public. That point touches the very heart of the whole Brexit ‘debate’, or rather desperate battle, now going on in the UK. Jenni Russell of the Times, formerly of the BBC, very strongly opposed Dale and Carswell in this. A Remainer and Blairite, she much prefers to be governed by a wise and experienced civil servant than a flaky politician. There you have it: how do you want to be governed? Remainerdom will do anything to stop a genuine Brexit and keep on the escalator of moving UK governance to EU bureaucratic management, more and more and more.

The role of Whitehall has increasingly become focal in this battle, possibly because of PM May’s dependence on Mr Robbins, a dyed-in-the-wool Remainer, and her Remainer assumption that the referendum win for Leave was a draw making a clean Brexit intolerable. Rachel Sylvester in one Times article defended ‘Sir Humphrey’ from Brexiteer suspicion of bias and felt the need to rush to the defence of Whitehall against nasty Leavers. There she belittles the criticism and agrees that civil servants are merely neutral continuity people who don’t like change. More recently and equally sympathetically she reported that Sir Humphrey is desperately trying to stop a no deal Brexit under a Boris Johnson premiership – rather contradicting her first article, Sir Humphrey is defended for not liking this particular change! As I have tried to point out in a previous TCW blog, the evidence for Whitehall being a Blairite army for Remain seems very strong: take the MoD, DEFRA and the ongoing Treasury Project Fear and thwarting of any real no deal preparations. Passive if not active resistance to Brexit is the order of the day, hence ‘Calais is ready, Dover is not’.

I was struck by Dale’s surprise at the politicisation of the civil service, as indeed I am struck by the lack of knowledge – or perhaps pretended lack – by MPs themselves about the EU and its programme to take sovereignty from Parliament into the technocratic management machine of Brussels. Mr Dale: see the debate about the future of the Civil Service led by the nation’s leading authority on the subject, Lord Peter Hennessy, do you know of this assessment of where the civil service is going? Hennessy reports a growing tendency towards politicisation and ministers choosing their own mandarins rather than being given them by the service. The advent of special advisers under Blair affected the delicate balance of Whitehall neutrality against government policy making.

The civil service attack on Corbyn is a mirror image of Sir Richard Dearlove’s attack on Olly Robbins for his surreptitious work behind the scenes in pencilling in an immense change to our military command and control revealed by the ‘Kit Kat’ tapes. As reported in the Express, Sir Mark Sedwill, today’s Sir Humphrey, issued a ferocious rejoinder saying that Robbins was neutral and just doing his job. The letter said ‘the anonymous sources’ should be ‘ashamed of themselves’ and praised Mr Robbins for his ‘extraordinary dedication and professionalism’. Sir Mark’s letter was approved by 10 Downing Street.

The politicisation of the civil service seems clear, a kind of groupthink grips it; it failed to make contingency plans for a Leave vote contrary to its historic traditions. The UK has learned much of this from surrendering itself to the EU and its practices. In 1971 mandarins and the Heath regime knew very well that after joing the EU the UK would see a steady slow motion shift from Parliamentary government to a technocratic managerialism, and one which would entwine the officialdom of Brussels with that of Whitehall, see FCO 30 1048. There a mandarin says that officials would gain in power as Parliament lost it, and that the public needed to be hoodwinked by the fact that EU regulation transformed into Parliamentary legislation, hey presto, a magic trick deceiving the voters in a trice. Tory politicians and mandarins did not think we could get out once we had joined, but kept that quiet.

Why the surprise, don’t our pundits do their homework or are they all so marinated in the niceness of the EU idea as to be critically neutered? I found no mention of the EU-isation of our civil service in the Hennessy debate in the Lords. If you don’t want to know the score, look away now. Have our whole establishment been ignorant of the plan, or pretended to be so?

Towards the end of the FCO 30 1048 document you will find a 1971 letter from a distinguished economist, Anthony Fisher, to Tory MP Geoffrey Johnson Smith, who was sent around to sell the idea of the EU to the public.

In part it reads:

‘I am sure that you will be beginning to realise that individuals everywhere are starting to take action to ensure that we will not be led like lemmings into the Common Market.

‘You [have said] that nothing in the Treaty of Rome gave anyone any power to be executive, judge and jury in their own case. You said you would ‘run a mile’. I am not going to ask you to run a mile, but the nine Commissioners do have powers to make their own regulations and orders. They have the power to investigate company’s books without a search warrant in any country. They have the power to convict. This conviction has to be passed on to the national court which has to obey it. There is no appeal. If the fine is excessive or cannot be paid, then the court will have to proceed to the next stage which must be gaol. I really believe you cannot possibly know what the Treaty of Rome is about.

‘I do not think you can possibly realise the monstrosity that the agricultural and fishery legislation inside the EEC is producing. The cost has risen in four years from £250,000,000 to £1,500,000,000. For what purpose is this money to be paid and who is to gain? Food prices are to rise and there is this enormous tax.

‘It is easy to see the hideous dangers and vast cost of joining the EEC. Can you give me one certain advantage?

‘I am more and more certain that the Conservative Party if it heads for the Common Market, is going to destroy itself and it will also compound the economic difficulties in which we already wallow because the Party simply will not do that which is necessary both to stop inflation, to increase employment and put the country on a ‘sound economic footing. I think you will become more and more aware that the British people do not intend to be led over the cliff like lemmings. For the umpteenth time in history a relatively few people are confusing and betraying a very great number . . . You are using devious means to give away the sovereignty of Parliament in perpetuity.’

The letter speaks for itself, and perhaps the Conservative Party deserves to die as it betrayed the whole democratic tradition hard won by centuries of struggle and progress, and knew it was hoodwinking the public.