Theresa the Appeaser has betrayed us all 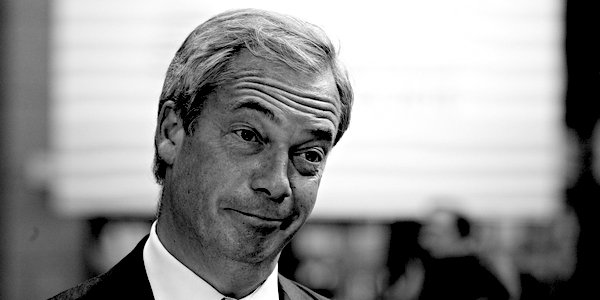 She is quite the piece of work, Theresa May. If reports are to be believed, she has destroyed Brexit, parliamentary sovereignty and the Tory Party – all in one afternoon. Yet another climbdown –capitulation to, or deal with, the remainers – apparently gives Parliament control over Brexit if no deal is reached in November. So no deal will be reached. Parliament will go against the will of the people, creating an unsustainable position that risks its sovereignty for good, either as a result of Britain’s complete subservience when readmitted to the EU at some future date, or of an incandescent and disgusted electorate demanding wholesale electoral reform.

To put it mildly, after the initial euphoria of the unexpected referendum victory, the last two years have been a cruel, excruciating agony for Brexiteers. We have seen the chance to reboot Britain, not just economically but more importantly socially, utterly squandered, slowly throttled by an establishment at turns both ruthless and inept. Mrs May has created a circle that cannot be squared, much as Brexiteer MPs may have wished it could, and much as they now rage.

If it’s bad enough for non-Tories, just imagine the humiliation felt by decent Tory activists, a huge majority of whom wanted to leave. The party cannot afford the mass haemorrhaging that will now surely happen.

Pity them – and us. Their mistake, and ours, is the same mistake principled conservatives keep on making, to trust the controlling interests within the ‘Conservative’ Party. Never, ever, trust the Tories: the party has very limited internal agency of its own, instead reacting out of fear to external actors it perceives as a threat. Yes, on the matter of ‘Europe’ some Tories did play a heroic role down the years, but looked at in the round the Tory role in Brexit, both in triumph and disaster, has been mostly motivated by fear and greed.

It was fear of UKIP, not principle, that drove David Cameron to promise a referendum in the first place. When the referendum got under way, ambition to be Prime Minister motivated Boris Johnson successfully to lead the Vote Leave campaign, and for the mediocre coward who now occupies that position to skulk in the background until her chance came. We know the rest: after the various Leave campaigns shut up shop, it removed all external pressure on the Tories and allowed Remainer zealots to fill the gap. As the ensuing disaster has unfolded, supposedly principled Brexit-minded senior Tories have huffed and puffed but failed again and again to strike against ‘Theresa the Appeaser’.

Part of the reason, of course, as Hector Drummond pointed out in his excellent article in TCW, is that they have only one shot at doing so, and to do that they must be very sure indeed that they can rely on the support of the ‘moderate’ (translation: conviction-free careerist chancers) majority of Tory MPs. Such people have been buoyed considerably by the seemingly bizarre Tory rise in the opinion polls, leading some cynically to conclude that the public are no longer that bothered about Brexit.

Well, I wouldn’t count on that lasting. The referendum showed that people, given a chance to influence matters, were passionately interested, engaged and informed. It is not apathy but rationality that has led many to switch off somewhat: they no longer have direct control over events, and who has time to wade through the bewildering alphabet soup of options? CU, CETA, CETA+, EEA or EFTA, SM or WTO? Isn’t that what we elect MPs for? In any case however bad the Tories may be on Brexit, Labour are an even greater disaster.

However, the fog is fast condensing into two easily communicable options, the one a short-term disaster given our lack of preparation, and the other a total, unmitigated catastrophe of perhaps limitless duration. Leaving without a deal on WTO terms would be rough, no doubt, but nowhere near as bad becoming a permanent vassal state in the EU empire.

And herein lies our last, great opportunity. If the choices were  repeatedly and forcibly put the choices in such simple binary terms, the British people – a proud people who have, as the referendum

showed, far more courage and tenacity than their elite masters – would never acquiesce to such a national humiliation. This is especially true of the intensely patriotic working-class supporters who form a growing and vital segment of Tory support. If the opinion polls tanked, May could be out before November and a general election called.

Something from the wreckage of the last two years may still, just, be salvageable. The British have a long history of waking up to national disaster only when it is almost too late: clutching at straws it certainly is, but maybe, just maybe, we can this time too.

And I’ve just the man for the job: come back Nigel Farage, your people need you.