NewsPaperthe art of publishing
Home News On Restoration Day, whither the monarchy?
0

On Restoration Day, whither the monarchy? 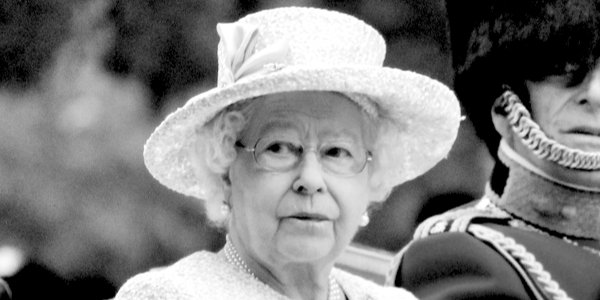 BELLS rang out, music played, wine flowed from the fountains and thousands packed the flower-strewn streets of London to cheer the tall, dark-featured horseman riding into the city with his colourful retinue.

It was Saturday, May 29, 1660 – 360 years ago today – and on his 30th birthday, Charles Stuart was taking possession of his kingdom as Charles II. This was the Restoration, England’s return to monarchy after 11 years governed as a republic following the Civil War.

In 1649, Charles’s father, Charles I, had been executed by Oliver Cromwell’s Puritan parliamentary regime and England became a ‘commonwealth’, then a ‘protectorate’.

But following Cromwell’s death in 1658 and an abortive attempt by his son Richard to rule, the country was verging on anarchy and Charles II was invited to return from exile on the Continent.

In 1688, with Charles’s brother James II now on the throne, the ‘Glorious Revolution’ took place. James, a Catholic, was deposed and replaced by his Protestant daughter Mary and her Dutch husband William.

The ensuing Bill of Rights in 1689 effectively ensured that the ‘divine right’ of monarchs to rule as they pleased was ended and they could no longer govern without parliamentary consent. The long transition began to political democracy and constitutional monarchy.

It means that today the sovereign is Head of State, but has little real power. However, in the phrase of the Victorian constitutional writer Walter Bagehot, he or she has the right to be consulted, to encourage and to warn.

Despite this severely restricted role, questions over royalty versus republic have never gone away and the debate continues. Arguments for the monarchy can be found here and against, here.

But there is one factor that to a great extent overrides other considerations. During the lifetimes of most of us, the monarchy has meant one thing – the Queen. Elizabeth II has reigned for a record 68 years. There is no question that her time as sovereign has been exemplary, a model of dedication to her people and devotion to duty.

She has fulfilled the pledge she made on her 21st birthday in 1947, when she was still Princess Elizabeth: ‘I declare before you all that my whole life, whether it be long or short, shall be devoted to your service and the service of our great imperial family to which we all belong.’

Since her coronation in 1952, the Queen has seen 14 Prime Ministers come and go, starting with Winston Churchill. Throughout many travails and tribulations, shocks, scandals and family upheavals, she has been seen as a figure of constancy.

Most recently, her broadcast to the nation about the coronavirus crisis won wide praise for its message of sympathy and hope.

The affection in which she is held was perhaps no better illustrated than in 1999, when Australians rejected a proposal to break ties with the monarchy and become a republic.

That same year, Labour removed most hereditary peers from the Lords. But there was no question of removing our hereditary monarch – no political party has ever seriously suggested such a step.

Again, this is because for the vast majority, the 94-year-old Queen is the monarchy.

But what of the future, once she is gone? By law, Prince Charles, now 71, will become King and his wife Camilla will become Queen.

It’s fair to say that Charles is a controversial figure. There have been calls for him to abdicate immediately in favour of his son, Prince William, but that possibility seems remote.

So, more than three centuries after Charles II ascended the Throne, Charles III will follow in his footsteps. Will he be able to command the sort of reverence his mother enjoys? It seems unlikely. Will his reign bring the survival of the monarchy into question? It is hard to predict.

The one thing we do know from the long reign of Elizabeth II is that the character and actions of the monarch are crucial, and that respect and affection must be earned.

So a warning by Oliver Cromwell might have to be heeded. He said kingship is a title interwoven with the law. But he added: ‘As such a title has been fixed, truly may it be unfixed.’