NewsPaperthe art of publishing
Home News Off the Beaten Tracks: The birth of Steeleye Span
0

Off the Beaten Tracks: The birth of Steeleye Span 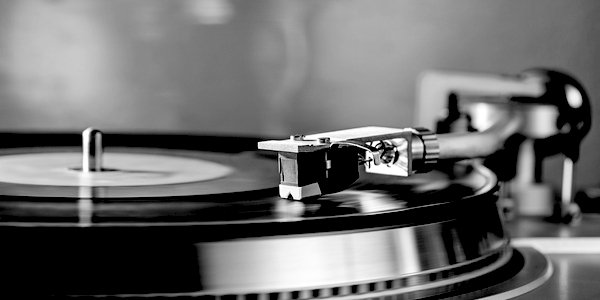 HALF a century after they began, Steeleye Span are still going strong. They have gone through more personnel changes than you could shake a maypole at, yet Maddy Prior continues to delight audiences with her singing and sprightly dancing at the age of 71. And while they might have flirted with commerciality rather too much for many tastes, they retain a grounding in pure, traditional folk.

Madelaine Edith Prior, whose father Allan was co-creator of the BBC police series Z-Cars and Softly, Softly, was born in Blackpool but moved with her family at the age of 11 to St Albans, where she became involved in the folk-club scene and was persuaded by other musicians to concentrate on traditional English songs. She met the multi-instrumentalist Tim Hart and they became both an item and a successful duo, seen by some as a British version of Sonny and Cher, although it is hard to imagine Hart and Prior performing the cheesy I Got You Babe. The pair recorded Folk Songs of Olde England, volumes 1 and 2 in 1968 and 1969.

The 20-year-old Hart accompanies his high, nasal voice with banjo and is soon joined by Prior to give the first example of their stirring harmonies. This is followed by Adieu Sweet Lovely Nancy.

The album still sounds as fresh as when it was recorded and I play it often. However, there is one appalling solecism. On the otherwise brilliant The Dalesman’s Litany, Hart pronounces Keighley in Yorkshire as ‘Keeley’ rather than ‘Keithley’. For that he deserved to have a pint of the town’s premier product, Timothy Taylor’s Landlord ale, poured over his head.

Highlight of Volume 2, for me, is Horn of the Hunter, a salute to John Peel (the Cumberland master of hounds, not the DJ) followed by Copshawholme Fair and Oats and Beans, the latter of which was always sung at birthday parties during my childhood. Of the two albums, Maddy says: ‘They did us a lot of good. The most significant thing they achieved was to increase our price from £10 a night to £15.’

It was in late 1969 that bass player Ashley Hutchings left Fairport Convention following a terrible road accident which claimed the lives of drummer Martin Lamble and Richard Thompson’s girlfriend Jeannie Franklin. He joined forces with Hart and Prior plus another duo, the Irish couple Gay and Terry Woods. They named themselves after Steeleye Span, a character in the traditional song Horkstow Grange. All moved into a small house together and were soon at each other’s throats. Gay and Terry were on their bike before the band had even performed its first gig but played their part in its 1970 debut album, Hark! The Village Wait. Since Maddy, Tim and Terry all strum the banjo, the instrument is well represented and that is fine by me. The world would be a better place with more banjos. Ditto ukuleles. And resophonic guitars, the instruments formerly known as dobros.

Highlight of side one, for me, is the lovely Dark-Eyed Sailor, sung by Gay Woods.

This is one of those improbable stories where a couple are parted when the chap goes off to sea and they divide a ring between them symbolising their vow to remain faithful to each other. Seven years later he comes back and woos his lass anew but she doesn’t recognise him behind his sailor’s beard and insists she must stay true to her missing love. Then he produces his half of the ring and all is well. OK, a tall tale, but nothing by comparison with most of the stuff that comes out of Downing Street these days.

Another favourite is The Hills of Greenmore, but really there is little not to like on this excellent record.

Following the Woodses’ departure, the band was joined by Martin Carthy on guitar and vocals, plus fiddler Peter Knight. The result was 1971’s Please to See the King, whose lack of drums and harsh electric instrumentation produced a sound unique to Steeleye.

One admirable facet of the group was their willingness to re-record songs – why waste a good tune if you think you haven’t done it justice? Hence Copshawholme Fair is on both Folk Songs Vol 2 and Hark! The Village Wait. Blacksmith is the second song on Hark! and the first, sung much more slowly, on Please to See The King.

Tracks four to six form the heart of the album – Prince Charlie Stuart (‘my love was six foot two, without stocking or shoe’), the haunting Boys of Bedlam and False Knight on the Road, the latter about a battle of wits between a young boy and the Devil. Melody Maker, then still worth reading, declared it folk record of the year.

At the same time, Hart and Prior were recording their third album together, Summer Solstice. This features a hugely different False Knight plus a lovely version of I Live Not Where I Love. And for Nick Drake fans, there is a Robert Kirby string arrangement on Dancing at Whitsun.

Also in that busy year of 1971 came the third Steeleye LP, Ten Man Mop, or Mr Reservoir Butler Rides Again. Wikipedia says: ‘The album’s curious title and subtitle require some explanation. A “mop” or “mop fair” is a late medieval term for a job fair, where labourers come looking for work. (The song Copshawholme Fair, from the band’s first album, is about such a fair.) The conceit was that the band were out of work and job-hunting. A “ten man mop” would be a very poor show, since there would be few potential employees to choose from. The even more curious subtitle is a reference to Reservoir Butler, who had originally performed one of the songs covered on the album. The band were so struck by his unusual name that they decided it needed to be saved from obscurity.’

Despite tracks such as When I Was on Horseback and Marrowbones, Ten Man Mop was less successful than its predecessor. And because the gatefold, book-style sleeve cost so much to produce, apparently the band lost money every time a copy was sold. (Now I’m no economic expert, but I can suggest a simple solution to this problem: put the price up a bit.)

Hutchings and Carthy left Steeleye after Ten Man Mop to pursue more purist folk projects. One delightful legacy of the era is the group’s acapella version of Buddy Holly’s classic Rave On, which the members other than Hutchings recorded to poke fun at his scholarly seriousness. He loved it. At around the 40-second mark, you will hear the record apparently stick – a frequent occurrence in the age of vinyl. When Steeleye performed it live they would keep repeating the ‘stuck’ part until band and audience jumped up and down to ‘free’ the needle and the song continued.

Hutchings was replaced on bass by Rick Kemp, who would go on to marry Maddy Prior. Their daughter Rose Kemp is a folk/pop musician while son Alex, who goes simply by the stage name Kemp, is a hip-hop performer. In Carthy’s stead came electric guitarist Bob Johnson. And on drums Nigel Pegrum, formerly of the heavy rockers Uriah Heep. A huge turning point, and that’s where I’ll leave it except to say that Maddy Prior’s finest hour was yet to come. I make no apologies for a repeat mention of 1976’s Silly Sisters, the first album she made with June Tabor. Marvel at the harmonies on Doffin’ Mistress, The Seven Joys of Mary, The Grey Funnel Line and more.