Off the Beaten Tracks: Judas! When Dylan went electric 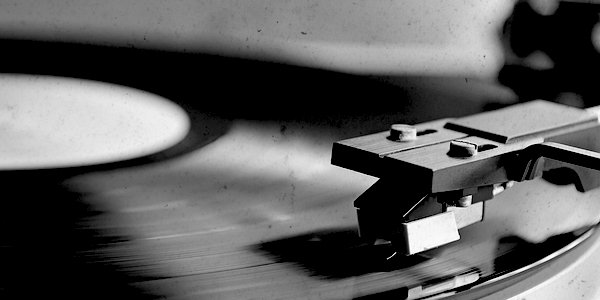 A FRIEND of mine likes to describe the Blind Beggar in Whitechapel as the biggest pub in the world – ‘It must be because there are at least 30,000 Cockneys who insist they were in there that night in March 1966 when Ronnie Kray murdered George Cornell.’

Two months later and 200 miles away came another event which far more claim to have witnessed than can actually be the case – Bob Dylan going electric at the Manchester Free Trade Hall and a member of the crowd shouting ‘Judas!’ at him.

I certainly wasn’t there. I was only ten at the time and did not discover His Bobness until much later. Thankfully, however, the evidence exists for all to hear on a double album, The Bootleg Series Vol 4: Bob Dylan Live 1966.

Born on May 22 1941 in Duluth, Minnesota, Robert Allen Zimmerman adopted the name Bob Dylan (after the poet Dylan Thomas) at the beginning of the Sixties and over the next few years led the American folk music revival, becoming known as the ‘spokesman of a generation’.

His acoustic albums including The Freewheelin’ Bob Dylan and The Times They Are A-Changin’, plus solo performances with just a guitar and harmonica, brought him a fanatical following who hailed the purity and simplicity of his music combined with devastating and powerful lyrics.

Imagine the horror, then, when side one of his March 1965 LP Bringing It All Back Home featured backing musicians on electric instruments. Heresy!

In July that year he released the epic rock single Like a Rolling Stone and performed at the Newport Folk Festival backed by an electric ensemble including Al Kooper on organ, Mike Bloomfield on guitar and several of his colleagues from the Paul Butterfield Blues Band. Boos rang out from the audience and earnest folkie Pete Seeger, who was backstage, declared: ‘It’s terrible. If I had an axe, I’d chop the microphone cable right now.’

In the 2005 documentary No Direction Home, Dylan claimed that Seeger’s sniffy response to his set was like a ‘dagger to the heart’. Undeterred, however, he embarked on a world tour during which he played solo acoustic ‘folk’ for the first half of concerts with the second half being ‘rock’, backed by the Hawks, who would later become the Band.

If anyone in the crowd was expecting a short-haired Dylan to turn up in jeans and lumberjack shirt as per his early photos they were in for a shock. He arrived with an Afro, mod suit and winklepickers. However, it was musical business as usual for the first half of the show, as he played solo versions of She Belongs To Me, Fourth Time Around, Visions of Johanna, It’s All Over Now, Baby Blue, Desolation Row, Just Like a Woman and Mr Tambourine Man.

An academic and musician named C P Lee wrote a book about the concert, Like The Night: Bob Dylan and the Road to the Manchester Free Trade Hall. I read the first edition and was hugely disappointed by its sloppy writing and many errors – particularly because Lee was a member of Alberto y los Trios Paranoias, the funniest live band I ever saw. There has since been a revised version but I could not bring myself to buy it and see if the problems had been rectified.

There is, however, a 2016 piece on the BBC website in which Lee, who attended the concert as a 16-year-old, describes what happened. He recalls that the crowd breathed ‘a sigh of relief’ after the first half ‘and I heard somebody say “Oh, he’s seen sense. He’s not going to use the band, he’s realised he’s wrong”.’

However Dylan emerged with his backing group ‘and it was the loudest thing I’d ever heard’.

Lee said that ‘people were bewildered, shell-shocked even’, and shortly afterwards the protests began.

‘Throughout the second half, people started slow hand-clapping. Groups of people were standing up, facing the stage accusingly and then walking out.

‘There were random shouts here, there and everywhere.’

The electric set comprised Tell Me, Mamma, I Don’t Believe You, Baby Let Me Follow You Down, Just Like Tom Thumb’s Blues, Leopard-Skin Pill-Box Hat, One Too Many Mornings and Ballad of a Thin Man. What Lee says has to be reckoned one of the pivotal moments in popular music in the 20th Century, ‘on a par with the (1913) riot at Stravinsky’s Rite of Spring in Paris’, came before the final number, Like a Rolling Stone.

As this rare footage shows, Dylan is taken aback by the cry from the audience of ‘Judas!’ accusing him of betraying his folk roots. ‘I don’t believe you,’ he responds amid cheering and heckling. ‘You’re a liar!’ He then turns to the band, tells them: ‘Play f***ing loud’, and the song crashes into life.

The identity of the man who shouted ‘Judas’ remains unclear. Lee told the BBC: ‘Andy Kershaw and myself made a documentary for Radio 1 in 1999 and were contacted by a guy who had emigrated to Canada called Keith Butler, who said, “Yes, I shouted Judas”.

‘But there was always an element of doubt. He had shouted something but I think he was confused about whether he had shouted that.

‘After the broadcast, we got a call from a very irate person who said, “My husband shouted Judas and here he is now.”

‘He was called John Cordwell. Andy and I met John and he had a lot of people who were with him who said, “Yes, he shouted it out and we all applauded and thought he was great for having done it”.

‘Sadly, both of them have passed away now, but it’s funny – you wait 30-odd years for Judas to turn up and you get two at once.’

An unofficial recording of the concert was in circulation for many years, wrongly titled Dylan at the Royal Albert Hall, while the ‘official bootleg’ was released in 1998. It’s great and I wish I could share it with you on YouTube, although there are of course many other versions of the songs.

C P Lee said it was an ‘incendiary’ performance which changed music for ever. ‘In essence, it’s the night that pop music became rock music.

‘I was totally aware, the moment it finished, I knew I had been present at something seismic.

‘I knew, from that night on, that things would never quite be the same again.’