Of course you’re a sex attacker. You’re a man, aren’t you? 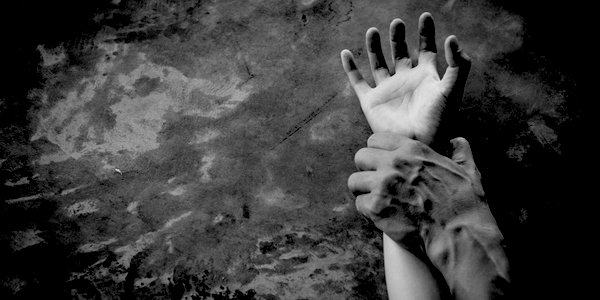 I wonder how long it will be before men become the new Disappeared. I’m not talking about old-school chaps, you know, that lot who see themselves as needing to shoulder the main responsibility of providing economically for their family, or who offer to lift heavy objects, or guide a woman to the inside of a pavement. All that patronising, chivalrous stuff that needed to be got rid of so that the world could be a better place. No, I’m talking about the creatures formerly known as men. Men. Any men. Because I heard two reports on Radio 4 that suggest they’d better watch their backs.

First we had Justin Webb on Today talking to a couple of Cambridge University women about steps being taken there to deal with cases of rape and sexual assault. In other words, serious crime where the hope is that evidence leads to prosecution, conviction and justice. Time was that evidence was required to convict someone of a crime. The reason for this is very clear to anyone with a modicum of intelligence: serving a sentence is a serious business and having a criminal record will very likely have a negative impact on the rest of one’s life. So far so uncontroversial.

At Cambridge there is apparently an informal and a formal route as regards handling allegations of sexual violence, it being entirely possible for a student to be thrown out without the police being involved. At least the university (for the moment, though it is in the process of reviewing things) does, however, have a disciplinary procedure that means there has to be real evidence of wrongdoing. This is a problem for Evie Aspinall, President of the Union. She bemoans the fact that the university is the only one in the UK which requires a ‘criminal burden of proof’ in the case of any rape and sexual assault allegations before any action can be taken against the alleged perpetrator. That is, being kicked out of the university and having one’s name ruined.

It beggars belief that anyone can consider this unreasonable. Rape and sexual assault is either a crime or it isn’t. Webb had already helped Ms Aspinall warm to her theme by observing that it sounded like ‘potential progress, if the university takes it as seriously as that, and without someone necessarily reporting it to the police, action could be taken’. This, apparently, is the world of ‘Breaking the Silence’, the university’s latest brainwave, an innovation that involves ‘consent workshops’ (now compulsory across the whole university, said Ms Aspinall with pride) and ‘bystander intervention training’.

God only knows what this latter is about in ‘encouraging students to speak out when they see something they don’t think is right and it empowers them with the tools to do that.’ What, like a monkey wrench? A water pistol? A whistle? And what exactly is to be thought by the ‘bystander’ as not ‘right’? It’s hard to imagine, beyond a male asking a girl if she’d like a drink, or smiling at her after he’s sat next to her on a crowded bus? Or agreeing with her a bit too enthusiastically in a tutorial? Because I’m struggling to work out quite what anybody could be bystanding on. A bystander, surely, has no place in the arena of the private sphere. It used to be known as behind the bedroom door.

And there is the problem. Nobody else knows for sure what goes on in private between two people and that is entirely how it should be. The only exception is if bystanders and cameras are involved (then it’s not private, of course) and if that’s the way consenting adults want to go, then I guess we are not to judge. But it is certainly the only way of confirming consent, in other words, what actually happened.

How long ago it seems that young women undergraduates were not pathetic little victims who couldn’t look after themselves on campus, couldn’t own their own lives, lives newly unmediated by other adults, own their own sexuality, make their own decisions to see the bedroom door closed. What sane man would even allow his door to be closed nowadays with a woman in the room? We’re rapidly hurtling back to the days of being chaperoned, not to be responsible for ourselves and our own decision making. Webb sounded approving in his observation that things seemed to be moving in the way of American campuses where there is a world of document-signing and young people organising themselves so that others always know who they are with. It sounds like the way more safety-minded prostitutes operate. The Union president agreed this was a ‘positive thing’, given that in places such as clubs men simply feel an entitlement to women, constantly encroaching upon them. Such a poisoning for these young adults of the relations between the sexes.

And then we had Woman’s Hour. A couple of children’s authors explained why it was necessary to rewrite the Brothers Grimm, stories often derived from myth and folklore, that have stood the test of time. The cosy trio, including Dame Jenni Murray, scoffed at the patriarchal and stereotypical old rubbish about princesses and nasty stepmothers and men as rescuers, and talked about the new feminist interpretations for today’s little girls. At the end, we heard Jess Burton’s insight on the Kavanaugh hearing, with its ‘woman who was educated to the hilt, measured, thoughtful, and then, you know, this crazed man and his authority is still, you know, prioritised . . .’ A swift chortling intervention by Murray cut her off, but it was clear she felt Burton’s damning of Kavanaugh was fair comment.

So there we have it. No more need for evidence. No more acceptance that, however cringe-making or creepy or unlikeable an accused person seems, that person’s word has to carry as much weight as the accuser’s. All we need now is a woman’s vibe about a bloke. We’re now in a place where our sons, nephews, brothers, all need to lie low, keep quiet, stay out of view. Some of them will really be out of view, because even in the absence of reporting to the police so that there might be a chance to defend themselves, they’ll have vanished from campuses. These will be the Disappeared. It’ll be older men too, worried about their clumsy teenage fumblings from decades ago coming back to haunt them. Welcome brave new world. Welcome mob rule. Welcome summary justice. You reckon this is the way to go, just to regard all men as potential molesters and rapists? No, me neither. In fact, make that #MeNeither.