NewsPaperthe art of publishing
Home News Obama, Trump and the catastrophe of the Kurds
0

Obama, Trump and the catastrophe of the Kurds 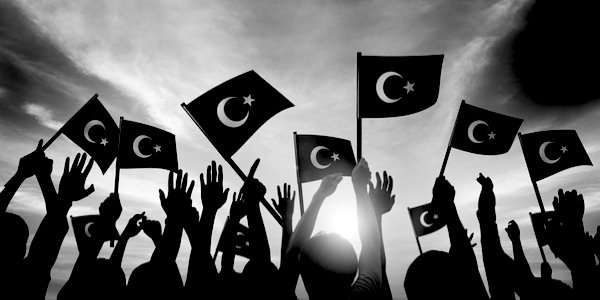 I'm still on the ground in northern Syria. Today there are some stunning developments.

The Kurds, with no choice, have asked help from Syrian government and Russians.

It is the end of their statelet, Rojava.

They would have done better to make a deal with the Syrian government sooner. They could not remain on the Turkish border indefinitely without Syrian and Russian help nor could they extend their rule to Arab areas.

But remember that Hillary Clinton intended to use the Kurds to overthrow Assad, just as Donald Trump did use them to defeat ISIS. The Kurds therefore failed to see that the Americans would not protect them indefinitely.

I have blogged a number of times about the links between the Turks and the Islamists. I also said years ago that Britain and America should leave Russia and Iran to sort out Syria, which has been in Russia’s sphere of influence for fifty years, rather than make things worse by interfering.

Keeping out of Syria is what Obama appeared to do, although covertly there were many Anglo-American troops in Syria.

In the end the Americans armed and backed the PKK against ISIS. Had Hillary won the election she had said that her top priority was regime change in Syria. This would have been much worse than the current disaster.

But though leaving Syria made sense in theory, since the Americans had a thousand troops in the country they should have used this to leverage an agreement involving the various parties, rather than this grand guignol.

The curiously shabby way in which Donald Trump decided to remove troops from two towns, immediately followed by a Turkish invasion, may hurt him very much in Congress and at the election next year. The Kurds include Christians and Yazidis, though these are often spoken of as separate. The Christian Right in America will not take kindly to persecution of Christians at the hands of Turks.

This, from Patrick Cockburn in 2018, is prescient:

Patrick Cockburn writing in March 2018 about how it would likely go in Rojava holds up well, sadly. pic.twitter.com/HduMb1Z1kl

Retired General John Allen also wrote an email to Jake Tapper of CNN: ‘This unfolding humanitarian catastrophe was completely foreseeable. The US green lighted it. There was no chance Erdogan would keep his promise, and full-blown ethnic cleansing is under way by Turkish-supported militias. This is what happens when Trump follows his instincts and because of his alignment with autocrats.

‘I said there would be blood, but could not have imagined this outcome. There is blood on Trump’s hands for abandoning our Kurdish allies.

‘His gesture of $50m in aid is hollow. Who’s going to administer it and for whom? Hundreds of thousands are fleeing and the relief agencies are on the move.

‘NATO and the UN have to take up this matter immediately; UN as to whether or not to endorse Turkey’s invoking Article 51* and NATO and the EU to demand Turkish clarification of Erdogan’s threat to release 3.6m refugees – a direct threat to Euro stability and NATO security.’

I do not usually read Ron Paul but shall start doing so. I see that his way of thinking is like mine. He is one of the very few genuine American republicans with a big and small ‘r’.

Here is what he wrote four days ago and it makes sense to me.

‘Trump’s detractors in Washington have denounced his decision as a “betrayal” of the Kurds, accusing the president of abandoning the force that the Pentagon has used as boots on the ground against IS in eastern Syria. Recall that it was the Kurdish-led “Syrian Democratic Forces” (SDF) that liberated Raqqa – “capital” of Islamic State (IS, formerly ISIS) – in October 2017.

‘Thing is, the Obama administration sought to create some kind of parallel government in those territories, in line with its policy of demanding regime change in Damascus and the overthrow of Syrian President Bashar Assad. If Kurdish leaders thought this would somehow translate into support for statehood, or dominion over traditionally Arab-majority territories, they were dangerously deluded. Trump has made it clear from the beginning of his presidency that he had no interest in “nation-building” anywhere, and has tried to put that into effect despite constant pushback from the US establishment.

‘What happened in August 2016 should have also been a clue – and offers a possible way out of the present conundrum. Back then, Turkey invaded from the north in Operation Euphrates Shield, attacking the Kurds from the rear just as the SDF was launching the major push against Raqqa. The US did nothing to stop this. Only when the Syrian Arab Army – accompanied by Russian observers – stepped in to create a buffer zone between the Turks and the SDF, did the invasion stop.

‘While Ankara thinks nothing of attacking the Kurds, it is hard to imagine it would dare open fire on Syrian troops – or the Russians fighting alongside them. The obvious solution for the Kurds is to make a deal with Damascus and secure the protection of the Syrian government that the US could never provide. This would keep them safe, while keeping Damascus happy and Ankara without grounds to object.

‘The only ones displeased by this would be regime-change advocates in Washington – but that’s their problem.’

Trump’s foreign policy is neither isolationist, as Pat Buchanan and Paul Gottfried would like, nor warlike as John Bolton and the neoconservatives would prefer, but finds a midway path between the two. This does not mean it has no logic. Its logic is ‘America First’ and, if you like, nationalism. What it certainly is not is about values and Trump has saved a lot of American blood and treasure by, for example, not going to war against Syria or helping the Saudis against Iran.

This time Trump has made a very bad move, though the real story behind his decision is one that we do not know and probably is linked to Saudi Arabia and Yemen, where a nastier war is taking place in which the UK and US are complicit.

Few Republicans support the President’s action but one who does is Sen Rand Paul who tweeted that Trump was fulfilling ‘his promises to stop our endless wars and have a true America First foreign policy’.