Notes from the sticks: Wool-gathering 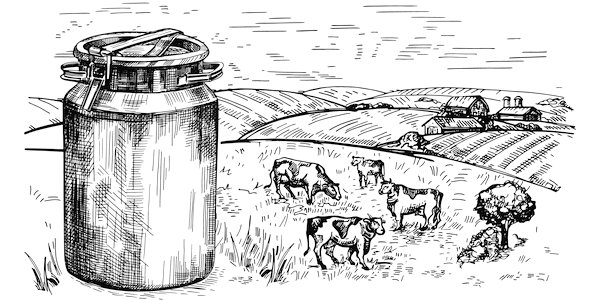 REGULAR readers will know I am not a particular fan of sheep, but even I feel sorry for them when they are newly shorn and it rains all the time. We have had endless rain for weeks and the poor sheep look miserable.

A friend is a farmer’s wife and their 200 sheep are being shorn as I write (on Thursday). It has to be done every year or the fleeces just keep growing. This Australian video shows a sheep that ran wild for six years. (Why on earth did they think this music was appropriate?)

The danger is that a fleece can get so heavy that if a sheep falls on to its back, it cannot get upright and because of the gases in its abdomen it will soon die. This video shows how to help sheep in this predicament, which can also happen when they are in advanced pregnancy. The narrator uses the word ‘cast’ but round here they say the fallen sheep is ‘rigged’.

Anyway, rain was expected today for a change, and it is harder to shear a wet sheep, so last night my friend and her husband and a colleague rounded up their flock.

They are driven through a passage in single file so that the lambs can be sent one way, back into the field, while the adults go the other way into a shed so that they stay dry overnight. This results in a cacophany of bleating from the separated mothers and lambs, but as soon as they are shorn the sheep go into the field to find their offspring. The lambs must get a shock at the changed appearance of their mums.

The shearing is done by contractors who go from farm to farm in teams of up to six. It is highly skilled work, not to mention back-breaking. A Lancashire shearing service says three operators can get through a thousand sheep in a day.

This is an agricultural college demonstration, which I guess is taken more slowly than the real thing.

The point of shearing in this country, where almost all sheep are produced for meat, is to ensure the wellbeing of the animal, not for financial gain. Which is a good job, because the economics of producing sheep wool are most depressing. The contractors charge £1.30 per sheep, and the farmer is expected to supply meals and drinks. The wool is bundled up while a wool broker negotiates the best price for it, and at present this is as low as 15p per kilo, in other words next to nothing. An average fleece will be 2 kilos, so the farmer gets 30p for it, less the broker’s cut. After the contractors’ costs, the farmer is in effect paying to have his wool taken away. Yet I am told that during the First World War the wool cheque paid the farm rent for a year.

China is a major market for British wool, and demand has been hard hit by the coronavirus. Plus man-made fibres are now more popular for garments. Most wool is made into carpets and rugs. It seems a terrible waste that more use is not made of this wonderful natural and renewable material instead of turning oil into synthetic fibres. Many young people have probably never experienced the luxury of woollen fabrics – crepe, tweed, worsted suiting, challis, gabardine, jersey – which as well as being beautiful last for ever. No doubt they prefer something they can throw away after one wear.

PS: ‘Wool-gathering’ used to be a term for day-dreaming or lack of concentration. I haven’t heard it for decades. I wonder if it has fallen from use?

After last week’s column about bird feeders, reader Tom Goodfellow sent this video of a great spotted woodpecker tucking in at his home near Rugby.

I’d guess it’s a female as I can’t make out the red patch on the back of the head that a male has. This is a male:

You would think that its striking appearance would make it conspicuous but as this picture of a female shows, it is practically invisible in woodland.