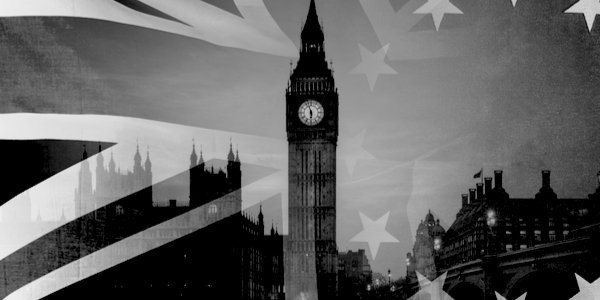 IN mediaeval Romance poetry, Tristan is a British knight who travels abroad on a royal mission. Unfortunately, a love potion goes awry and he and his charge, Yseult, fall in love. Forced into exile, he marries an Yseult lookalike, Yseult of the White Hands. It all ends unhappily.

The good news is that you can now skip four hours of Wagner. The bad news is that we are living through a modern-day political equivalent. Those fleeing Brexit are now looking for a replacement – one that looks as near as possible to the original, but also without the love.

The ‘Norway Plus’ model was designed as a cure but created an addiction. Trying to get round a number of Brexit controversies, it solves them only by producing a chimera that is far worse.

Originally designed as a transitional solution, taking the country from point of Brexit into a free trade deal, the flaws in the original design turned out to be critical. Its designers, for instance, were forced to accept getting round the Backstop only by building a bigger backstop.

Now, if you happened to be a fan of the original EU, then cloning a new version obviously is going to be something you’d want to support, especially with the prospect of being locked in there. So no wonder it has been getting support from ardent Arch-Remainers who, defeated over getting a second referendum, are now praising it as a panacea – the very model of sweet moderation and rational compromise. But if you are looking for delivering Brexit, the ‘Norway Plus’ version stands merely for ‘Norway Plus More Problems’.

Its supporters, for example, are obliged to reverse their initial claims over version 1.0, and recognise that they cannot do anything about the controversial issue of free movement except in extremis. They likewise cannot deny business concerns that it promotes the Social Chapter, so they make a virtue of necessity and vaunt it. They acknowledge that it doesn’t address the Backstop, so they highlight the prospect of the model not being time limited. But as for the problems arising from the EEA’s court, not a word.

Personally, I would have thought that with Norway’s Eurosceptics plus Icelandic counterparts themselves flagging up that the EEA is not a place to get mired in, the last thing you would want to do is go double or quits, and play Buckaroo with a customs union as well.

How has this come about? I would suggest that this fudge has arisen from a complex combination of longstanding political uninterest on EU issues by our legislators, coupled with a growing measure of Brexploitation by Remain minimalists. The latter is a cynical tactic. The former, more intriguingly and by contrast, is perhaps a historical symptom of the political centre’s fundamental reluctance to discuss the EU as a topic – in part because it was intractable for as long as the UK was a member.

Consider for a moment the track record of a champion of Norway Plus/Common Market 2.0, Nick Boles MP. I had the pleasure of getting to know Mr Boles slightly when, fifteen years ago, we were both pursuing the nomination for the Conservative candidacy to run for London Mayor. I found him an erudite, charming, jovial, thoughtful man, whose approach to policy appeared to be very much in the vein of the Cameronite wing.

But it was long, I would suggest, a tenet of many centrist groups to avoid fundamental reflections on the EU as they were philosophically ‘out of scope’, and as such both unnecessary and even a distraction. As the UK would remain a member of the EU, and since exploring any fault lines was injurious to political parties in the absence of any power to mend anything, it was better to discuss and debate other issues that could be fixed.

There is a certain raw logic to that approach. But it has led to a generation of politicians being ill-prepared to exploit Brexit psychologically today, and certainly to administer change based on an understanding of the complex circuitry in play.

Thus Mr Boles would certainly not have been alone in saying, at a Party Conference fringe meeting in 2011, ‘What we should not do is dwell too long on impossible questions of whether or not there will be a day when we can get out of the EU or completely renegotiate our membership. Let’s deal with the practical stuff.’ Likewise, when it came to October 2016 after the Brexit vote, he also argued logically, ‘Now that the British people have voted to leave the European Union, we shouldn’t try and cling on to the institutions and legal arrangements that membership involved . . . Leaving the Single Market [sic] does not mean that we don’t want to continue trading freely with other European countries.”

In July 2017, on Conservative Home, he did what many other MPs would have done in humorously acknowledging his lack of mastery of the field: ‘I am not an expert in the fine detail of customs arrangements and regulatory equivalence (and would rather chew my own arm off than become one.)’ Now that it was both possible and mandated, he argued for a Free Trade Brexit, reached via a transitional and temporary EEA route lasting just a couple of years:

‘The right way involves being very clear about the destination. For this, the Prime Minister’s Lancaster House speech is still the best guide: we want to agree a new partnership with the European Union based on free trade and close co-operation but outside the Single Market and the Customs Union, so we can control our borders and strike our own free trade agreements with other countries around the world.

‘I favour a three-year transition, starting in March 2019, in which we join the European Free Trade Association and become temporary members of the European Economic Area like Norway.

‘In March 2022, before the next general election, we would leave the European Economic Area.’

One can only imagine, therefore, how those pursuing this route must have felt when found themselves up to their heads in a pit when they realised that, by not going the WTO route or pursuing more directly a free trade deal, they were tied by what had emerged from the negotiations. Unhappily, rather than give up on work done, they kept digging.

You can see the effects if you compare the text of the website plugging ‘Common Market 2.0’ in January 2018 with the current text. Leaving aside the detail that the original Common Market had precious little of the bulk and girth of the mooted counterpart, the 2019 version for example drops the vaguer Lancaster House 2018 line that the UK will join a customs union or arrangement ‘which makes it possible to maintain no hard border in Ireland in perpetuity’, and adds a derogation after the end of the transition period that keeps the UK out of the EFTA FTAs and still in the EU’s customs union. The emphasis shifts from EEA decision-shaping to just decision-shaping for the Single Market, hinting at a closer set-up with the EU pillar – an interpretation reinforced over the short term at least by interpreting the UK as naturally defaulting to remaining in the EEA and being able to apply to join the EFTA pillar – something of a legal tangle, especially as it runs contrary to the Government’s legal advice. And in associated articles, the aspiration towards the transitional and the transformational evaporates, as of course it must.

One can applaud those who choose to pursue solutions rather than decry their absence. In this instance, however, the model pursued was doomed – not from the start, as a different negotiating approach might have delivered it; but from the instant the UK Government conceded to the Commission the need for a Backstop. At that point, the transitory promise of the EEA route, and the end promise of a developed FTA, was undone by the necessity to add a customs union to the model and to ditch the original idea of a time limit.

The EEA Plus route should have been abandoned at that stage, when its amended blueprint was found to carry a fatal flaw. It wasn’t. And now it is being taken up by those who want to abuse it.

Pushing Norway 2.0 now is only supplying methadone for Brexicides.