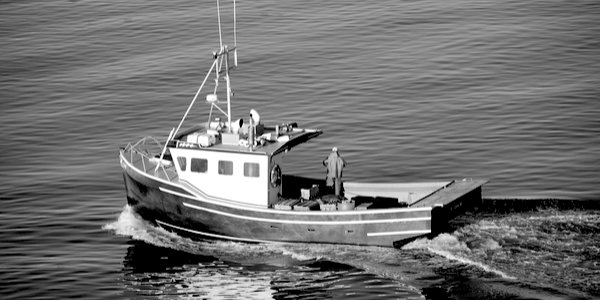 WHAT will happen to our fisheries if we reach 31 October with no deal? At one second past midnight EU time, control – or ‘competence’ in EU jargon – is automatically returned from Brussels to Westminster. This includes control of our nation’s marine resource in our Exclusive Economic Zone (EEZ) of 200 nautical miles from the shoreline (or the median point where the sea is less than 400 nautical miles wide). It then becomes the responsibility of Members of Parliament, who are under no obligation as to how they, through the Government, manage that resource apart from honouring our obligations to follow the guidelines of International Law under the United Nations Convention on the Law of the Sea (UNCLOS).

On 1 November, therefore, Westminster is in full control. There can be no excuses, no ifs or buts, or following party lines. Every individual MP is now responsible for this competency. This should be a really positive change but there is a problem. Our Parliament has shown that it can’t be trusted. It contains some members who have made remaining in the EU their principal objective. We will be starting with a clean sheet. Yet it is people like Dominic Grieve who will be in charge. The responsibility for turning fisheries into either a real Brexit success story or a complete failure rests entirely with Westminster. Will the Remainers wreck this one and only opportunity to rejuvenate our coastal communities and to become world fishery leaders in management environmentally? We will soon find out.

There is another problem – a considerable lack of understanding of the Lisbon Treaty’s article 50, which Parliament voted to invoke. Part of section 2 states:

‘The Union shall negotiate and conclude an agreement with that State, setting out the arrangements for its withdrawal, taking account of the framework for its future relationship with the Union.’

The Union (i.e. the EU) has carried out that instruction, although one can hardly say fisheries was negotiated. Like so much of the Withdrawal Agreement, the UK simply capitulated. The EU demanded that fisheries were managed as they are at present – in other words, for the UK to run in effect a parallel Common Fisheries Policy. Now that Boris Johnson has rejected Mrs May’s agreement, it is no wonder, as we are heading towards a no-deal Brexit, that the EU doesn’t want to enter into new negotiations with a more determined team from the UK which would result in a less satisfactory deal from the EU’s perspective, Fisheries being one area in particular where they would lose out. If this happens, however, although we would then be called a ‘Third Country’ this does not mean a ‘third-rate’ one. It just means not being a member of the EU.

For all the uncertainties that remain about a no-deal Brexit, there is no doubt that many Leavers will be celebrating on 1 November. Amidst the celebrations, I hope they will remember us in the fishing industry. The job is not yet done, as far as we are concerned, until we finally achieve what we set out to accomplish over 30 years ago. We sought to see the UK become a leader in fisheries management, with a system fit for purpose, suitable for UK waters which have the highest number of individual ground species intermingled. That is still our objective but Brexit will not make it happen automatically.

I will explain in a bit more detail the factors which need to be considered in designing a fisheries management system suitable for the UK’s EEZ. There are two types of marine resource. Firstly, the pelagic species such as herring and mackerel that live higher up or near the top of the water column. They tend to shoal as individual species, unlike the bottom feeders such as haddock and cod and many other species which are on or near the sea-bed with the shellfish. It is this particular feature that makes the UK unique, thus requiring a different fisheries management system from what is in use in other countries’ EEZs. In a future article we will consider the options available, including looking after the marine food chain.

However in spite of the opportunity for fisheries to be a real Brexit (and national) success story, there are many powerful vested interests who would love to see it fail. After all, the desire to maintain a successful fishing industry was a key factor in the decision of Iceland and Norway not to join the EU and for Greenland to leave the EEC (as it then was) in 1985. If we can re-establish control of fisheries, which no-deal does automatically, given the tremendous goodwill towards our fishermen and the potential to reinvigorate not just the fishing industry but our coastal communities, the chances of ever rejoining the EU would be considerably reduced.