NewsPaperthe art of publishing
Home News No airports, no imports – the real cost of carbon mania
0

No airports, no imports – the real cost of carbon mania 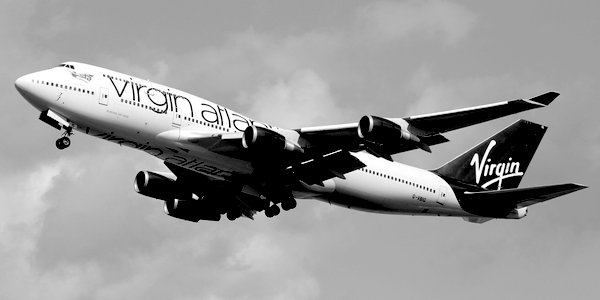 TO MANY, ‘saving the planet’ means little more than building wind farms, planting trees and using less plastic. Policies such as scrapping gas boilers and moving to electric cars ‘won’t happen for decades, so why worry now?’

However a government-sponsored study by the research collaboration UK FIRES has made clear the startling, even dystopian, realities of the net zero target now enshrined in law. Huge changes to our lifestyles will be necessary, and much sooner than we think.

Its report, called Absolute Zero, warns that all UK airports will have to be shut by 2050 because there are no practical alternatives for zero-emission flight. As part of this timetable, all airports other than Heathrow, Glasgow and Belfast must shut by 2030.

At a stroke, air travel will be effectively banned for most of the country as Heathrow, which currently carries a quarter of UK passengers, would not have the capacity to handle more than a small proportion of the extra demand.

That is just one item on a long list of changes to be forced on the British public. The report concludes that we cannot bank on technological innovations coming to our rescue.

If you thought that we could simply rely on renewable energy, forget it. As UK Fires points out, even with rapid growth of renewables, we will still need to cut our energy use by 40 per cent even before air travel and shipping are factored in. And all of this without accounting for the projected population increase.

So forget about electric cars being the solution, because we will not have enough electricity to power them. UK Fires believes we will need to have 40 per cent fewer cars on the road and that we will need to use trains more, despite the sky-high fares, the fact that railways offer very limited routes and the problem of getting around when you reach your destination.

Heating is another area where we must cut emissions. UK FIRES says we will need to buy heat pumps, which will cost each household a good £10,000 more than our conventional boilers. Heat pumps are incapable of supplying the heat we need in the middle of winter, the power grid simply could not cope with that sort of spike in demand even if they could, and UK FIRES suggests using heating for less time, in fewer rooms and wearing warm clothes in winter.

Our diet does not escape either, as we will have to give up eating beef and lamb, not to mention frozen ready meals. While we are expected to rely on arable farming instead, fertiliser use will have to to be drastically reduced.

The construction industry is likely to grind to a halt as cement is phased out. The making of cement releases emissions, regardless of the source of the energy used. Ironically, we don’t know how to install new renewables or make new energy efficient buildings without cement.

If all this was not bad enough, there is no current emission-free way to bring in imports so these will have to be banned as well. Quite how we are expected to feed ourselves without importing food is a mystery, unless we return to wartime-style rationing. And you can forget about all of those other things we get from abroad now.

What about, for instance, computers and electronics? We will quickly become an international backwater without access to the latest technology. It would be like the country returning to 1990s style Nokia phones, VHS and floppy discs!

Some may be substituted by UK-made goods, but it is hard to see how industrial capacity could be built back up with the restrictions planned on construction, energy use and industrial emissions.

We should thank the authors of this report for bringing home the very real and damaging effect that the mad rush to decarbonise will have on people’s lives.

And, as they have rightly stated, these changes will have to start being put into practice very soon, certainly during this decade.

For too long, the impact and cost of the Climate Change Act has been deliberately hidden from the public. Partly this has been the result of a political conspiracy between all of the major political parties and establishment in general. It has also been aided and abetted by all of the media, with a handful of notable exceptions.

But their dirty secret cannot be covered up for much longer.

This article appeared on Not A Lot Of People Know That on February 21, 2020, and is republished by kind permission.