NewsPaperthe art of publishing
Home Kathy Gyngell What should Nigel do next?
0

What should Nigel do next? 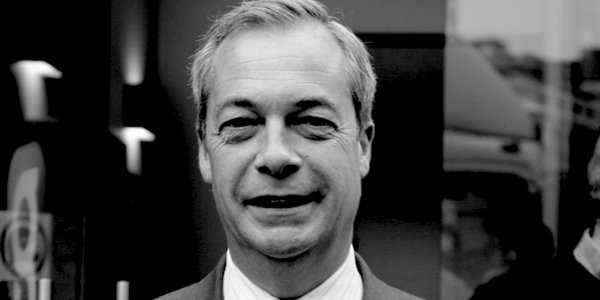 WHAT should Nigel do next? Does he field a candidate in every constituency? Or does he fall into line with the received wisdom that unless he settles for the meagre number of Labour leave seats unwinnable by the Tories, he risks splitting the Brexit vote and will be responsible for ushering in a Corbyn government?

Bear in mind that while Mr Farage has repeatedly said he was open to an offer of a ‘pact’, none such has yet been forthcoming from the Farage-phobic Conservative Party – a subject on which we are currently running a poll.

To date the highest-profile Tory to back a pact with the Brexit Party is Lord Ashcroft, who made the condescending suggestion, by tweet, that they be offered 12 northern seats, with a couple of peerages thrown in for Nigel Farage and party chairman Richard Tice, as a sweetener:

While Lord Ashcroft might rate the House of Lords, I wonder whether Brexit’s standard-bearers would view a seat in this Remainer second chamber as much of an inducement.

On the Brexit Party side, the most notable so far to break ranks is the MEP and Chairman of Leave Means Leave, John Longworth. Since the Tories won’t offer a pact he advises his party to be ‘sensible’ and settle for fighting just 20 seats; concentrate on seats that will deliver Brexit: ‘I can imagine that might be 20 or 30. They would be entirely winnable then if you poured all your resources into them. You probably would not get any more if you concentrated on the 600. But you would also get a better result for Brexit too.’

Presumably his thinking is that Brexit may be lost entirely if (1) the Tories underperform compared with expectations as in 2017, and (2) the pro-Leave vote is split by blue-on-blue rivalry.

Yesterday evening the Financial Times reported that Mr Farage was contemplating doing just that – pulling out of hundreds of seats in the forthcoming election – and that Arron Banks was urging him not to run a full slate. This morning, it was front page news.

But is this not to set the bar very low for TBP should Boris have second thoughts on a pact? Does not it also disenfranchise all those voters stuck with formerly Remain-voting advocates, Greg Clarke for one, as their only candidate to vote for? And why should TBP trust that a Tory party still fielding candidates like these might not be set to ‘deliver’ an ever more watered-down BRINO? The Tories can dismiss such worries as much as they like, but it will cost them votes. And a resulting Corbyn win would be regarded – outside London anyway – as the result of Tory arrogance and entitlement as much as of Brexit Party intransigence.

Arguably, therefore, after their huge success in the EU elections, TBP should at the minimum not just go for the roughly 30-50 currently Labour-held seats in the Midlands and North which voted Leave and have Remain-voting Labour MPs re-standing, but also for any currently Tory-held seats in which Continuity-Remainer MPs are squatting.

Then there is the question of whether anyone can ever ‘trust a Tory’. As the Freedom Association’s Simon Richards argues: ‘[That] the Conservative Party has, again and again, failed to honour its promise to deliver Brexit will resonate with many voters. The readmission of ten of the rebel Remainer Tory MPs  will only add to the suspicion amongst Brexit Party voters that the Conservatives cannot be trusted.’

The Tories do not govern by divine right. Must the Brexit Party be for ever shackled by the Conservative Party’s mistakes? Must it always carry the can for sins not of its making?

The Brexit Party as yet appears undecided as to what election strategy to pursue. Their plans are to be unveiled at a launch tomorrow. They have some hard thinking to do before then.  Richard Tice equivocated on the BBC’s Today programme on Tuesday morning as to who they would field where, and their latest election ‘we are ready’ video release leaves us little the wiser:

Yet a Brexit Party email from Nigel Farage last night, asking supporters to ‘give what you can to help us to fight the Brexit General Election and change politics for good’ (my italics), suggests he may not be so willing to compromise:

‘We have all waited far too long for the Brexit we were promised. Let’s not settle for anything less now’.

The basic question remains. In terms of seats, what Nigel should aim for? Only a ‘winnable’ 12-30 Labour seats? All Leave-voting seats? Or should he go for gold – on the back of his politics-changing, countrywide ‘live’ rallies – with a national ‘drain this swamp of a Parliament’ campaign fielding candidates across the board? Should he be thinking big or small? To become a minor parliamentary party or to upset the political apple cart?

Given that ‘allies of Mr Johnson’ do not regard Mr Farage as a ‘fit and proper’ person who should ‘never be allowed anywhere near government’ and have rejected the very idea of an electoral pact, maybe it’s time TBP played hardball themselves and let it be known they are not open to condescending offers.

Certainly not until the arrogant Tories wind their necks in on the insults.