NewsPaperthe art of publishing
Home News Nick Wood’s Campaign Commentary: When will the English wake from their slumbers?
1

Nick Wood’s Campaign Commentary: When will the English wake from their slumbers? 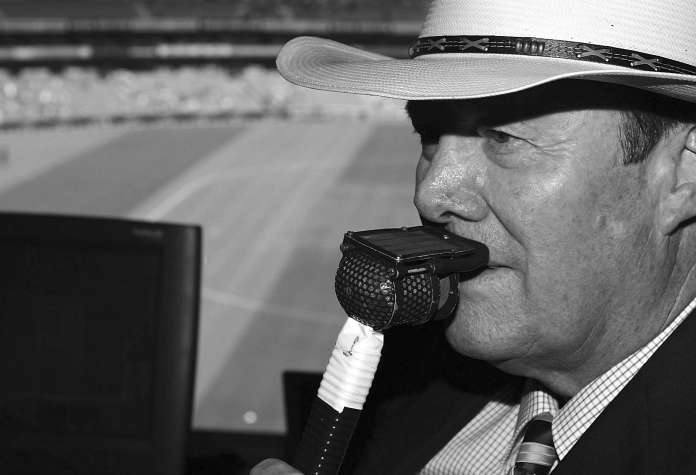 For we are the people of England, that never have spoken yet.

This famous line from the turn of the century writer and poet G K Chesterton may yet come to define an election held many years after his death.  The more the self-styled Queen of Scots Nicola Sturgeon advances on Westminster, the greater the chances of an English backlash.

Yesterday, the turbulent Sturgeon unveiled her “manifesto” – an absurd wish-list of the impossible, the risible and the undesirable. At the heart of it lay a proposal of utter economic illiteracy – an end to austerity – as if like the poor Greeks we can magic away hard times with a cross on a ballot paper.

She proposed to increase public spending by 0.5 per cent a year in real terms, which means an extra £140 billion to go on her pet projects across the UK and to be paid for by higher taxes and borrowing. The national debt, already a staggering £1.63 trillion, would rise to £1.77 trillion by 2020, and no doubt go on rising thereafter, landing our children and grandchildren with higher and higher tax bills for generations to come.

She also wants to scrap the Trident nuclear deterrent, loosen already laughable immigration controls, and impose a Scottish veto over any future decision by the English to quit the European Union.

Scotland would get complete control over its own taxes and spending, although with the oil price tanking and with economists pointing to a £7.6 billion black hole in the finances of a supposedly self-sufficient Scotland, no deadline is set for this happy day. It might also have something to do with the fact that public spending per head in Sturgeon-land is already 18 per cent higher than the UK average.

There was much more of this lunacy, not least an extra £24 billion for the NHS across the UK, dwarfing David Cameron’s promise of £8 billion more by the end of the decade.

But there were also honeyed words from La Sturgeon, clearly anxious not to provoke the slumbering English too severely.  She offered them the “hand of friendship” and claimed her party would not be a “destructive” force in the Commons. Talk of a second referendum on Scottish independence was pushed into the shadows, where it lurks, waiting to pounce after the SNP has restored its stranglehold on Scotland in the 2016 Holyrood elections.

For all that, the SNP is playing a dangerous game. Polling north of the border puts the Nats on course to take as many as 50 Scottish seats. But that would avail them little if the spectre  of a minority Labour government held to ransom by Sturgeon and Alex Salmond suddenly rouses sleep-walking English voters, especially the working class patriots with their much mocked white vans adorned with the flag of St George, currently inclined to back Ed Miliband after his reassuring noises about not blowing the nation’s housekeeping this time.

And for the first time, the polls suggest that this election might not be the cake-walk that the happy couple of Ed and Nicola expect. A ComRes poll for ITV news last night found that English voters are not exactly jubilant about Cameron’s “match made in hell”. Fifty four per cent of English voters do not want her playing a part in the next British government (which rises to 59 per cent for her party and even more for Alex Salmond).

Today, Sir John Major, the man who rightly warned in the 1997 election that Scottish devolution was a slippery slope to the break-up of the Union,  will enter the fray with a warning that Miliband in hock to Salmond and Sturgeon would mean a “daily dose of political blackmail” as the Nats exerted a higher and higher price for keeping Labour in Downing Street.

Ironically, nationalism is playing a part in this election – though not primarily the English nationalism championed by Nigel Farage. Will the swaggering Scots Nats, whose conduct during  this election and the referendum last years betrays an ugly streak, stir voters south of the border? So far, the battle for power has not caught fire. But there is still time for the English to find their voice.