Nick Booth: The war on Owen Jones is doomed to fail 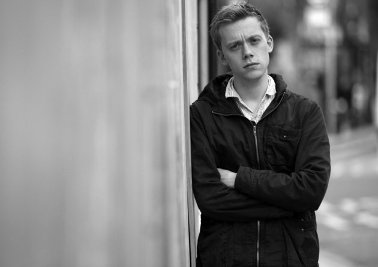 A crack new Scotland Yard unit was celebrating last night after their most successful raid yet on a counterfeit Chartism ring.

The setting for what’s become known as an ‘Owen Jones Factory’ couldn’t have seemed more mundane.

An ordinary semi, in the North London Borough of Gentry, it could be the typical first home of a typical BBC producer. But when the police broke down the doors, they weren’t confronted by coffee table books by celebrity chefs and former terrorists. The walls were not adorned by the typical visual displays you might expect from a member of the condescentii. Instead, the graduation ceremony pictures and depictions of comfortable upbringings have been replaced by complicated wall charts, which describe the exact specifications for genome sequencing, gene-splicing and mass cloning – and the entire floor space had been cleared for heavy biotechnology manufacturing. Because this was no run of the mill North London household that the police had stumbled on. This was an Owen Jones factory, where cut price bogus Bolsheviks were being mass produced.

The police say the gang intended to flood Britain’s media with digital dudgeon (with street names like dudge, hoity toy, agitprop, Thornberry) the lifestyle drug of the media activist. In a visit to one British Broadcasting Corporation (which can’t be named), sniffer dogs found evidence of pound shop partisans on every TV studio sofa in Britain.

The bust can be attributed to a return to good old fashioned coppering, said the new Scotland Yard chief commissioner Cressida Dick. “One of our police officers was watching TV in the canteen and he noticed that Owen Jones seemed to be on every channel and he sensed that something just wasn’t right,” said Dick.

Informants say the streets were awash with cut-price sound bite socialism. “Some of the Facebook Fabians were so obviously bogus we can’t understand how anyone would fall for them,” said Dick.

However, some critics say this is only the tip of the iceberg. “If there’s no Owen Jones available, desperate producers will turn to Penny Red, Mehdi Hasan and even Russell Brand,” said one researcher, “you’ll never win the war on dudge.”