Niall McCrae: ‘British values’ are being weaponised against Britons 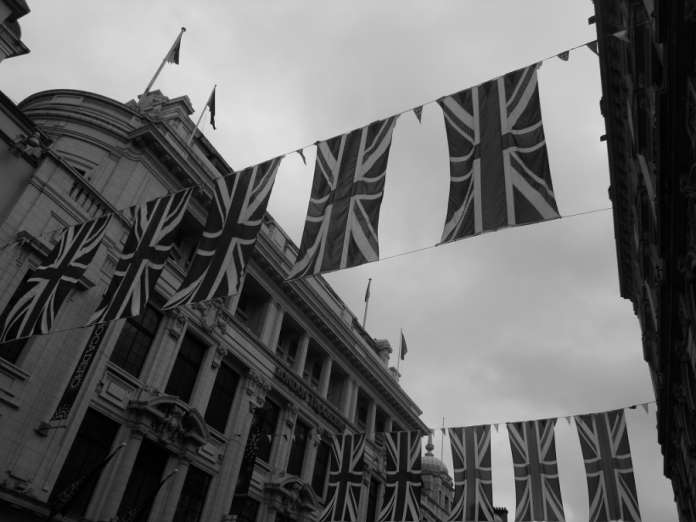 Ken Livingstone, when London mayor, repeatedly faced calls for a St George’s Day celebration in our capital city. Why not, people asked? There were events for all kinds of communities and causes, from anti-racism to cultural fests such as Diwali. The patron saint of Ireland had his share of funding, but not our own. So Livingstone relented, on one condition. The theme, he declared, would be ‘humour’.

Knowing the sympathies of Red Ken for all things anti-English, it was quite obvious what he was doing. The joke would be on jingoists: a lacklustre Trafalgar Square gathering, with a screening of the Monty Python film ‘Holy Grail’, ridiculing the very notion of English pride. Our predilection for self-deprecation and satire were used against us.

Tolerance, respect, diversity, equality. These are now established as core values of British life. Virtuous they may be, but how were these particular values chosen to the neglect of others, such as patriotism?  Or indeed the social norms that maintain a cohesive society. But respect and diversity have been hijacked to promote minority groups. Consider the basic right of face-to-face communication, increasingly obstructed in some urban areas by the burka and niqab. It is a British value, you see, to celebrate alien customs.

Last Friday’s front page of The Guardian featured a Muslim woman who is suing a school for its allegedly discriminatory dress code. After her daughter gained a place at the prestigious Holland Park comprehensive, Rachida Serroukh attended a talk by headteacher Colin Hall. Both she and her daughter were wearing full Islamic dress. A teacher asked Serroukh for a word in private, and advised her of school policy against masking of children’s faces. Serroukh told the Guardian reporter: ‘As the teacher was female I lifted my veil when we were talking’. How nice of her.

Holland Park is known as the ‘socialist Eton’. Children from disadvantaged backgrounds struggle to get in, but the culture of the school is emancipatory and secularist. Nurturing local Muslim girls’ potential would be regarded as central to the school’s mission. Yet this leftward institute is now threatened by Wahhibi entryism. In a completely one-sided report, The Guardian presents the school as a pariah, and Serroukh as a cause celebre.

Why was this case given such prominence, and such obvious support, by a ‘progressive’ newspaper? A large photograph of Serroukh on page 2 of The Guardian has her sitting on a sofa, shrouded in black except for her hands and eyes. The newspaper appears to be boosting its diversity credentials, but we must consider the powerful socio-political forces of globalised media and rapidly shifting Western demography. The Guardian is not only virtue-signalling, but also market-signalling.

As well as demanding the right to send her daughter to school fully veiled, Serroukh also complained of the lack of a Muslim prayer room. Her solicitor, Attiq Malik, told The Guardian: ‘The government constantly talks about British vales. To me those values include diversity and multiculturalism’. That’s to you, Mr Malik. But to my mind, this is an aggressive act within a wider scheme of manipulating British, Judeo-Christian and post-Enlightenment civilisation to assert fundamentalist Islam.

A conspiracy theory, some might say. But there is plenty of evidence of a growing Saudi Arabian and Emirate influence throughout our institutions, alongside (and often in unholy alliance with) the cultural Marxism often discussed on this website. Unseen by most, the Wahhibi sect is not simply exploiting British values, but is actually determining them.

Actively seeking conflict situations between Western norms and Islamic observance, the unfathomably rich caliph-drivers of the Arabian desert are funding cases to push precedent further and further towards their purist creed.

Some years back a young woman responded to an advertisement in a King’s Cross hairdressing salon window. Bushra Noah, aged 19, was invited to meet proprietor Sarah Desrosiers, but she was ruled out on appearing in a hijab. Noah took the case to court, claiming £34,000 for discrimination (she raised the amount after gaining media attention). Facing ruin, Desrosiers argued that it was essential for stylists to display their own hair. The court ruled in Desrosiers’ favour, yet ordered her to pay Noah £4,000 for ‘hurt feelings’.

This charge for a litigant’s real or contrived distress is a troubling development in the judicial system, because it is almost impossible to defend against. And this Kafkaesque doctrine has crept into business, occupational and social relations to the extent that nobody feels confident in denying an unreasonable demand for Islamic observance. Take a hospital for example. Many NHS trusts now have policies clarifying where face-coverings must be removed. But if a member of staff defies the ban and is politely confronted, the manager could be sanctioned for upsetting the rule-breaker. One person’s word against the other – but since the McPherson Report, the boot is on the other foot.

The majority of Muslims want to integrate, but our enfeebled establishment does not support them. Instead, it pays most attention to agitators, who demand tolerance for their own intolerance. Moderates call for a British Islam, genuinely seeking harmony with the broader culture. But Salafist and Deobandi absolutists prosper in the space hitherto occupied by the indigenous English and their heritage.

In the reformulation of British values, it is not merely the likes of Tommy Robinson who are outcasts. Reluctance to acquiesce to the assertions of fundamentalist Islam has made people of mainstream social conservative views somehow unBritish. Criticising transgenderism or certain Islamic practices is not necessarily a crime (yet), but it has become socially unacceptable.

Wear a burka, refuse to shake a man’s hand at an award ceremony, or scorn people who keep a pet Labrador or eat ham sandwiches as unclean, and you are living proof of a wonderfully diverse, multicultural British identity. Borrowing George Orwell’s double-think, this would befit a Ministry of Pride.