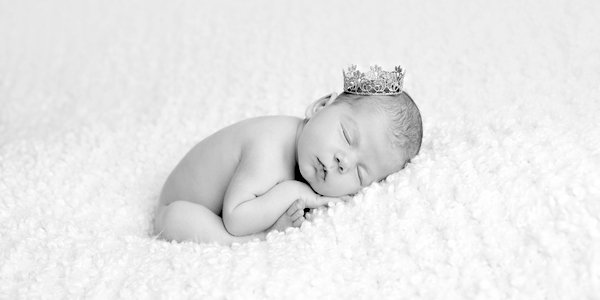 As we argued yesterday, Boris Johnson needs a radical new vision for the family and society. The Left liberal/feminist social experiment of the last 40 years has failed catastrophically, damaged family life and compromised child welfare. For all the expensive State intervention and takeover of family responsibilities, child neglect is on the rise while ‘grievance’ politics is ever more strident.

A different mindset and analysis is needed. This is the second in a series of republished articles in which Laura Perrins lays bare the flaws in typical liberal thinking about a mother’s needs. It was first published on May 13, 2019.

DEAR me, I thought. Here we go again – another commentator acknowledges the price we pay for emptying out the private sphere and calls for the usual solution – more big, expensive State intervention.

Clare Foges (usually sensible) states: ‘The lack of support for families in the early months and years matters deeply, both to the parents themselves and to the way the next generation is raised.’

And: ‘Many around the world would be startled by the lack of support for new mothers in Britain. A friend in London who had recently given birth was visited by an Eritrean neighbour. Seeing the flat devoid of life apart from mother, child and the dulcet tones of Jeremy Kyle, the aghast visitor asked “. . . but where is everybody?”’

Indeed, and we could probably start with the idea that new mothers and their kids desperately need husbands and fathers, but I think that is filed under ‘you can’t say that because it makes you look nasty’. But this is the brutal reality of cutting Dads out of the picture – the mothers are left on their own, and it’s not easy.

The piece goes on to explain how quick the hospital stay is for new mums (true – I was out on the same day with two of my three), how a few visits from a health visitor doesn’t really cut it. The solution – more State in the form of longer stays in hospital and more Sure Start centres. Oh the State, is there nothing it cannot do? Foges again: ‘The saying goes that it “takes a village to raise a child”, but if the village is gone and the community’s not there, what can be done to help young families?’

Can we just pause and ask who exactly razed that village? You know who – the feminists.

Leslie Loftis explains in The Federalist: ‘The first thing that went wrong was that we started deserting our villages. Back in the early ’60s when the feminist Second Wave was new, leading feminists defamed domesticity in an effort to jolt women out of homes. They assumed that the post-war technology advances that had made housework a less time-consuming job wouldn’t prove motivating enough. Women would be too complacent about professional life unless they equated the job of a housewife with something horrible, like slavery.’

Moving away from family, from mothers, from the entire support system in search of professional success because the norm. But when you finally get around to having a family, that support system, that the feminists themselves once benefited from, is gone. (I should know, I did it.)

Now, I am not saying we are going to ‘turn back the clock’, God forbid, but it would be nice if those who attacked the home and ‘village’ so relentlessly acknowledged the loss both in terms of emotional support and the financial cost to the State that it brought about. The feminist revolution did not come cheap.

However, I do want to suggest some small things we can do to help new mums. First, visit the mother. Don’t necessarily visit her straight away unless she really needs you, but do visit her and preferably bring food. All my then workmates made a special effort to visit me when I was at home with my first and I really appreciated it. Later another Mum friend of mine said the day I turned up at her tiny flat with the baby-sling ordering her how to use it ‘changed her life!’ I hang on to that comment often.

On said visit, try not to ask them when they are going back to work. Just keep your mouth shut on that one. Second, don’t ask if the baby is ‘good’ or sleeps well. It is a baby; there are no bad babies.

Just be there – take out older kids if you can, pick up the phone if a home visit is too much. It is often the little things that count. And the next time some politician tells you how great it will be if we can get more and more people back to work, ask yourself, what is the cost to this on families and the private sphere? Politicians often know the price of everything and the value of nothing.