My very last night of the Proms 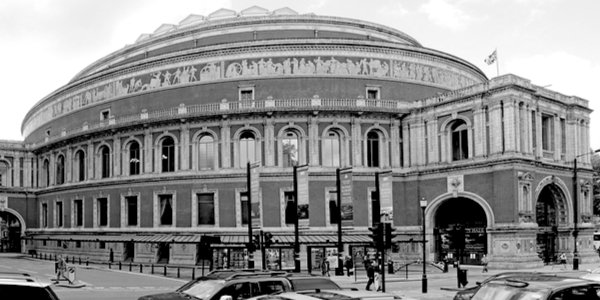 The Last Night of the Proms used to be an innocent occasion. It was, as music critic Ivan Hewett described it yesterday in the Sunday Telegraph, ‘a chance to bob up and down to sea-shanties, get all misty-eyed while singing Jerusalem, and laugh affectionately at some brave foreign-born conductor trying to be properly English and jokey’.

This year, he notes, despite Proms director David Pickard’s insistence that the Last Night is not ‘political’, this season has featured not just one but two concerts in which the threat of environmental catastrophe has loomed large; female composers and conductors as well as racism in Africa have all been prominent.

The Last Night featured the composer Daniel Kidane declaring in the programme note to his new piece entitled Woke: ‘Continued awareness concerning social and racial justice is close to me as a creator.’ Hewitt expresses his relief that the music was much more engaging than the description.

Last Night’s star guest, the American mezzo-soprano Jamie Barton, whose determination to politicise the Proms and turn it into a gender crusade I have already commented on, announced on Twitter that she was ‘proud to bring my own queer fat femme energy to the Last Night’. She appeared in the bisexual pride colours of lavender, pink and blue to sing Rule Britannia, at the climax of which she brandished the gay pride flag.

Not political? No matter. It had even the Telegraph on board with its aim to be on ‘this side of history’: ‘Everyone went wild. It proved that the Proms can be thoroughly woke, and still be its own triumphant self,’ Hewett declared. Which is where, I am afraid, I part company with him.

It was certainly enough to make the ordinary viewer wild, knowing that the licence fee was being used for identity politics propaganda which narcissistically celebrates someone’s sexual orientation as though on a par with heroic life-saving work or some selfless medical rescue programme. Needless to say the London-centric Prommers applauded, though they are noted for their generosity and good nature.

But since the intrusion of EU flags coinciding with the Brexit referendum, it has seemed clear that even (or especially) at this once unique British celebration, the expression of patriotism is no longer welcome. Tragically it has been appropriated by those very social elites who decry patriotism as xenophobic, but who, while emphasising ‘difference’ at every turn, are determined to exploit and rebrand it for their own common purpose ideological end.

Goodness knows what they will dream up for next year. But like many others I will have switched off, and will be watching pre-referendum Last Nights on YouTube. Yes, 2019 was the very last Last Night as far as this viewer is concerned.