MPs beware: Direct democracy is on its way 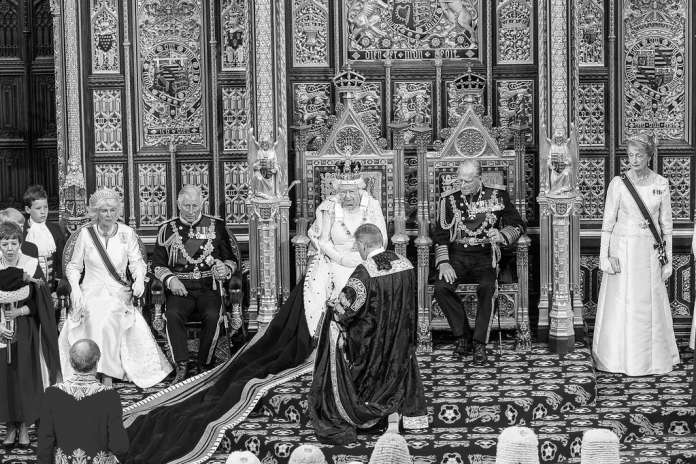 THE gilets jaunes want direct democracy via referenda, and according to polls a whopping 80 per cent of French voters agree with them.

Purely representative democracy is entering its twilight: as this site has long argued, it has become a socially destructive system that cannot fix the major problems it has helped caused, or deal with the reality of modern society.

Anti-democrats famously warned that democracy would last only until the demos found out they could ‘vote themselves the treasury’*. They were wrong – it was a lot, lot worse than that. The politicians elected under the representative system instead voted themselves the culture, and the consequences are now being felt all over the Western World.

Culture and economics are inextricably intertwined, a point only now being re-understood after a long period when economics was thought to be all that mattered. However, whereas purely economic solutions to problems are relatively quick to implement and yield results, culture changes at a much more glacial rate. Representative democracy, with its demands on politicians to seek reapproval every five years or so, gave its practitioners an incentive to strip-mine the cultural bedrock of society in return for short-termist economic fixes that helped re-election. Hence benefits were handed out to favoured client groups at long-term cost to the work ethic; feminist policies that gave a short-term boost to the economy by driving women out to work at great expense to child welfare and family were preferred, and so on. Other profound issues with complex causes such as waning demography were simply ignored for decades because the time-frame of their impact was far too long to affect a political career. Now these issues are beginning to bite in earnest, politicians once again prefer the short-term fix of mass immigration – with catastrophic results.

Faced now with widespread insurrection, can a purely representative system adapt? In the British context, the petulant response of our own MPs to Brexit suggest that it cannot. At first glance this appears to be as inexplicable as it is suicidal. After all, our establishment has been rather adept at pragmatic survival down the centuries, bending to the will of the people rather than risking its own violent overthrow. What makes this time so different?

To answer, we must confront a new, darker and profoundly depressing aspect of modern society: cognitive stratification. The information age has created a meritocracy based on IQ, which is thought to be 40-80 per cent inherited. Modern education and information-based professions act as powerful filter for men and women: bright people tend to mix with each other and pair off accordingly. Their children therefore tend to be bright, and their grandchildren probably will be too. The vast majority of this new cognitive elite is therefore denied any inherited experience of, and crucially empathy with, working-class life and its very different struggles; it was during only a small 20th century window that our democracy was much more representative in the context of class. For the foreseeable future this will not change, with politicians and the media preferring to concentrate on a small number of comfortable middle-class, liberal obsessions. Pundits and MPs will endlessly debate a non-issue such as the gender pay gap, but the estimated 40,000 working-class girls raped by Islamic gangs – not so much.

A more responsive system of government must be found. Plainly the representative system still has its uses, most notably for the technocratic grind of implementing legislation and deciding middling matters. However, big-picture, long-term directions are far better handled via referenda. Many would say that the mess we have made of Brexit negates this hypothesis, but we would never have got so deep into Europe in the first place if a direct democratic counterpoint had been at our disposal from the days of Maastricht onwards. Secondly, what we have lacked since the Brexit vote is an enforcement mechanism, such as right of recall (incidentally another demand of French reformers) to ensure politicians do our bidding.

Things simply cannot continue as they are – and they will not do so. How we craft a hybrid ‘referenda and representative’ system will be the most important debate of our age and decide the health of our societies in the decades to come.

*The quote is most often attributed to Alexander Tytler or Lord Thomas Macaulay but is unverified.