Modern man gets another kick in the Julies 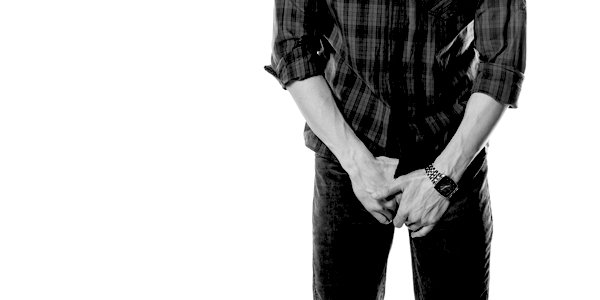 WHY is it always men’s fault? Over a hundred years since universal franchise, contraception available to married and unmarried from 1967, 45 years since the Sex Discrimination Act, and 14 years since the Equality Act – yet it still is. And don’t some feminists let us know?

Julie Bindel for one. She is at it again in the Spectator this week. Her article begins well enough with her complaint about ‘people calling themselves feminists’, both men and women, promoting the idea that women making themselves sexy – ‘ethical’ porn, stripping, prostitution, pole-dancing exercise classes – is a form of liberation for women. This is not, she writes – and I don’t disagree. Where I diverge is with Bindel’s pointing the finger of blame at ‘the men’ who are making them do it: ‘I am contacted almost every day by women of all ages, telling me they are sick and tired of men deciding what women’s liberation is.’

Where have they and Bindel been? Sexual liberation for women was a fundamental tenet of the 1960s sexual revolution. The pill, abortion, freer sexual mores, the end of stigma around illegitimacy and abortion – it was, I believe, women who were clamouring for no-strings sex. They were not puppets dangled on strings by men, though no doubt many men were only too willing to oblige.

Actually, we do know where Bindel has been. She’s been campaigning as a feminist since the 1970s, as an implacable opponent of marriage, an institution she says that has ‘curtailed women’s freedom for centuries’ and ‘can never be a feminist act’. That’s clear, then.

What she appears to have missed over this time are feminist views on pornography which are divided between condemnation of all of it as a form of violence against women, and an embracing of some form as a medium of feminist expression. The latter movement acquired momentum in the 1980s and has not gone away.

Degrading to women, says Bindel. Yes, but what did she expect?

A sexually charged culture where men can expect women to be ready to jump into bed for an ‘empowering’ one-night stand generates its own logic of men expecting sex on demand. Does Bindel really expect all sexually liberated women unilaterally to confine themselves to sensible sexual behaviours? Or men to summon up the very self-restraint that feminists called on women to cast off? It wasn’t men who made E L James write Fifty Shades of Grey – ‘all my fantasies in there, and that’s it,’ says James  –  or caused millions of women to buy it. They did that by themselves.

A sexually liberated culture is a sexually saturated culture, and you can’t give birth to a sex-saturated culture and expect a mass spontaneous outbreak of self-restraint and modesty. Nor can you expect it all to go one way. Sexually liberated women cannot expect men to take no interest in them, and if some women find all the new expectations around easy sex tiresome, perhaps they need to have a word with the feminists who decided it was central to female liberation.

That doesn’t mean our culture is not overdue for a clean-up, starting with ITV terminating its execrable Love Island.

It means all of us coming to an understanding that sex is a private matter, not something for parading in public at every opportunity. It means resurrecting old-fashioned virtues of modesty, decency and self-restraint, and re-learning that sex is best confined to long-term faithful relationships such as marriage, for the good of all.

But that’s all a lot more difficult than just sticking one more boot into the groin of the beleaguered, baffled modern male.