‘Meghan on the make’ – it’s all about the money 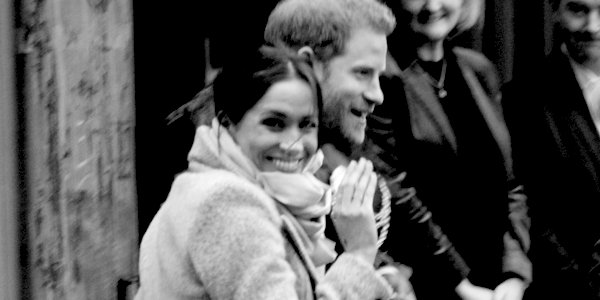 ON the day that Sajid Javid resigned in defence of his team came the news that Harry and Meghan had axed their entire staff and closed their Buckingham Palace office. It made for bit of a contrast and was somewhat ironic: a politician behaving honourably, for once, eclipsing this very unroyal couple behaving badly. Again.

Meghan and Harry’s actions have made it quite clear they are not coming back, a-Callous and calculating doesn’t begin to say it. They hardly deserved the decent people who were seconded to support them.

We wrote last month that they were an utter disgrace. This is just the latest underlining of how right we were. I wonder if they chose Reshuffle Day to bury the bad news?

There is something that looks increasingly calculating about their behaviour. It has all the signs of considerable planning and is all the more the more shocking for that. They are certainly becoming past masters of knowing how to upset the public as well as causing the Queen and Prince William, in particular, anguish and upset. Meghan may not mind – she has plenty of avenues to explore for her future – but it looks increasingly desperate and damaging for Prince Harry’s prospects. Who will take him seriously? Can he really settle down in North America completely cut off from his family and friends? It is hard to see that Meghan has her husband’s best interests at heart and that she is not simply using him. One wonders whether she thought he had more money than he had, and that finding that in Hollywood terms he was a relative pauper made her determined to monetise the royal brand. Prince Harry simply doesn’t have the funds to fund her lifestyle and this is why she is capitalising on the royal connection. Reports have already claimed they are looking at very expensive properties in Los Angeles and Canada to buy.

No wonder any remnant honeymoon with the media is over. Much of the sympathy they’ve had in the UK for wanting to live a private life and to reject their royal duties is waning. How anyone can now attribute criticism of their hypocritical jet-setting and supposedly environmentally concerned lifestyle to racism beats me. It simply won’t wash. Piers Morgan has gone a step further, accusing them of wanting the freedom to exploit Diana’s death ‘for millions of dollars from environment-destroying bankers’.

The problem is that the couple have done nothing, but nothing, to counter this ‘Meghan on the make’ image. The freebies, the private jets and the mixing with a seriously insalubrious set at a J P Morgan private event to make money couldn’t have been more in your face.

It’s not just the UK media that are turning on them. The Americans are too. The first signs of a US media backlash came with a New York Post columnist attacking the Duke for ‘dredging up his emotional chaos for the right price’ and branding the pair as ‘freeloading and cynical’.  She won’t be the last.

I suspect Meghan won’t care. I don’t fear for her: Meghan has designed her life to make her way. But like Harry’s biographer Angela Levin, who has talked and walked with the royals and won their confidence, who got to know Harry, and who wrote in these page not long ago with great prescience of  how she feared for Prince Harry, I do too. And for baby Archie.

This has all the makings of a Shakespearean tragedy. Meghan on the make will not be the making of Prince Harry, but his downfall.