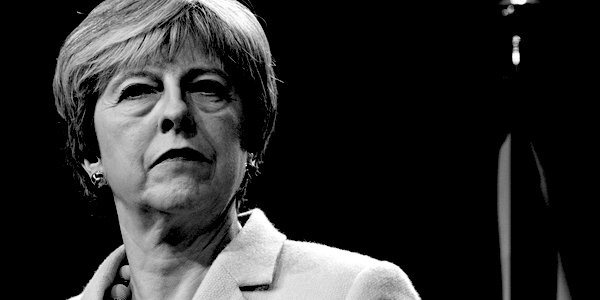 ONE of the aspects of Brexit which has received little scrutiny is defence. This is understandable as we have long been assured by our political leaders that the EU Army is a myth and that the UK’s defence (such as it is) is based upon our membership of NATO.

It transpires that as part of her negotiation in the worst deal in history Theresa May was prepared to hand control of our armed forces to the EU.

That’s right. Sir Alan Duncan MP, working for Boris Johnson who was then Foreign Secretary, signed up to this on 19 November 2018. So Boris knows about it too. And yet he thinks he can tweak May’s deal to get it through the House of Commons.

Two Prime Ministers agreed a deal that removes control of the British Armed Forces from the Queen, acting through Parliament, and neither has mentioned it. And no one picked it up, until Lord James mentioned it on Monday as the House of Lords rushed through the Bill to prevent no-deal – no doubt feeling pressurised by the Remain morons chanting ‘stop the coup’ in Parliament Square. The reality is that those who oppose Brexit have almost pulled off a feat that must be close to treason.

The problem lies with a thing called the European Defence Agency (EDA) and its Permanently Structured Co-operation, snappily known as PESCO. Read all about it here. Its purpose is ‘to jointly develop a coherent full spectrum force package and make the capabilities available to Member States for national and multinational (EU CSDP, NATO, UN, etc.) missions and operations’.

In effect this means producing a standing, unified force capable of everything from peacekeeping to full-on high intensity armoured warfare. Note also that, unlike NATO, PESCO is not limited to mutual defence. To my reading, it requires the member states of PESCO to submit their defence policy to the EU apparatchik running the EDA for review and approval.

At the moment the UK is part of the EDA, but not PESCO. However, the Political Declaration that accompanies the Maybot’s thrice-failed Withdrawal Agreement states in paragraph 104 that the UK agrees ‘to enable to the extent possible under the conditions of Union law . . . the United Kingdom’s collaboration in projects in the framework of Permanent Structured Cooperation (PESCO), where invited to participate on an exceptional basis by the Council of the European Union in PESCO format’.

Note that the UK agreement is triggered by an invitation from the Council of the European Union. There is a rider earlier in the paragraph that both the UK and EU should preserve ‘their respective strategic autonomy and freedom of action’ but that is trumped by an invitation from the European Council. (And of course the EDA and PESCO work under EU Law).

There may be problems in enforcing British fishing grounds against other EU member states if the Royal Navy is tasked by PESCO to protect EU trawlers against angry British ones.

There might also be some trouble with the individual members of the Armed Forces, who having sworn to ‘be faithful and bear true allegiance to Her Majesty Queen Elizabeth II, Her Heirs and Successors, and that I will, as in duty bound, honestly and faithfully defend Her Majesty, Her Heirs and Successors, in Person, Crown and Dignity’ might be unwilling to replace that with a similar undertaking to Brussels, as Lord James pointed out.

Did all those MPs who voted for May’s Withdrawal Agreement, which of course includes our current Prime Minister (who voted for it at the third attempt), actually read it? If they had they would also realise that it was all set up by the Lisbon Treaty and that we’re in it unless we get out by 31 October, which is no doubt why the Remainers want an extension.

It’s not just Boris’s career at stake, it’s the ability of this country to protect its interests. We need to leave, and we need to leave by Halloween.