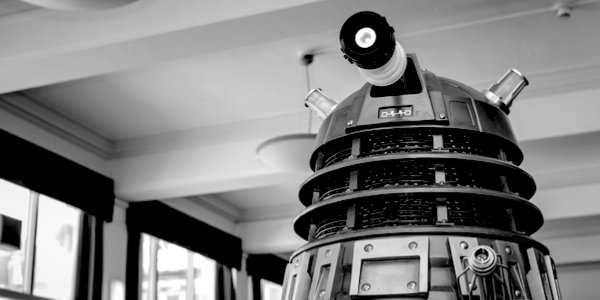 How was last weekend for you? You would have been jolly unlucky to have had a worse one than the President of the French Republic.

Women d’un certain âge have an allure to which M Macron is no stranger, but to have the British prime minister come to call just as your praetorian guardsman is about to sabre off the top of your breakfast egg must have been disconcerting.

For anyone who has got into the understandable habit of avoiding news because it is invariably dreadful and depressing and who needs a bit of context, here is the back story in brief: Mrs May, guided by her trusted companion Olly Robbins (like Tintin and Snowy with Mrs May as Snowy), is embarking on a charm offensive with a view to persuading the EU that it should take lots of money from the UK and send us lots of rules in return.

Now if Mrs May were a reader of The Conservative Woman – which she probably isn’t, because there is nothing in the words ‘conservative’ or ‘woman’ which might conceivably resonate with her – she would have grasped that emphasising your personality when you haven’t a personality is a losing gambit, and similarly that a charm offensive by someone as indifferently endowed with charm as herself is unlikely to be convincing.

So, to resume, Theresa May realised more than two years after the referendum that she was not getting much mileage out of the EU Commission from either the official negotiations or her surreptitious back-channels. After seeing her predecessor consumed on the pyre of EU intransigence, after losing two cabinet ministers to her own duplicity and effortlessly sloughing off the support of her constituency parties, May was seemingly resolved that the best way forward was to schmooze heads of government of the EU member states.

And so it was that the demented Dalek trundled off to France armed with her charm and personality rather than the more traditional egg-whisk and sink plunger to excruciate poor old Emmanuel M. last weekend.

Now the problem here, quite apart from May’s personal shortcomings, is that Macron sees himself as the EU’s coming man with a fresh vision for the future of the Union. With Angela Merkel on the wane both at home and internationally, there is an opening which our thrusting young Frenchman feels he is uniquely suited to fill.

And the man is an adept at the ambiguity and double-dealing that passes for statesmanship on the EU-ropean stage. As an EU champion, he castigates the new Italian government for refusing to allow boats full of economic migrants to dock in its ports while simultaneously, as French president, he closes the border with Italy so preventing previously landed migrants from entering France. Classy.

What did Thérèse achieve in France? Can we guess? Macron is the only European leader arguing for expanding the role of the EU and so there can be no question of the UK achieving anything better than a permanent state of limbo. One needs to be credulous not to believe that the only time a running conversation between Macron, Barnier and Juncker breaks down is when too much sciatica has been taken.

Surprisingly, Tuesday found Mrs May in Scotland talking Brexit with that tartan titan of EU affairs, Nicola Sturgeon. Does this mean that the great European tour has been postponed or curtailed and that some wheeling and dealing is being engineered instead to get the saltiresome MPs to support May in Parliament? With a prime minister who has no pride and no shame, it’s far from unthinkable.

What is certain is that if the European tour has been cancelled it is because the penny has dropped in Downing Street and Whitehall that those countries such as Poland and Hungary which are already on the EU’s naughty step are unlikely to be useful, and that a whole lot more don’t want to stand up to the Commission for fear of reprisals. Rarely has a diplomatic strategy been so poorly conceived or a flush so comprehensively busted.

If Mrs May stays at home, expect to hear a good deal more from her in an extended UK tour. This torpid summer of buzzing insects and droning anti-Semites exculpating themselves while accusing their accusers of Islamophobia will thrum to a familiar dirge as a stubborn and incompetent PM demonstrates – as though proof were needed – that you cannot make a silk purse out of a sow’s ear.