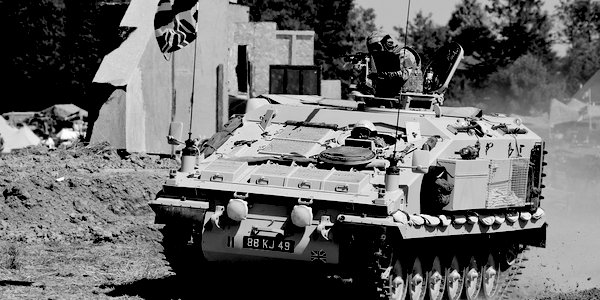 This is the text of a speech given by Rear Admiral Roger Lane-Nott, a director of Veterans for Britain, at a conference on ‘The EU Defence Union – the threat to Democracy, Industry and Alliance’ on September 2, 2019, at the Royal United Services Institute.

The negative implications of Mrs May’s Withdrawal Agreement for free trade have been widely discussed, for example here and here. Less attention has been paid to its potentially disastrous impact on Britain’s defence industry, which Rear Admiral Lane-Nott outlines here.

MRS May’s Withdrawal Agreement means a billion-pound Ministry of Defence ship contract could be lost from the UK. It closes opportunities for British shipyards and defence industry by removing exclusivity rights for British industry. Can you see the French, Germans or Italians doing this?

This may seem trivial in the greater picture but it is important and I am furious that the Armed Forces are being treated in such a cavalier manner.

Thousands of jobs are at stake. May’s deal keeps the UK in EU defence directives for years to come, even beyond the transition.

The industrial threat to the UK from staying in EU rules can be exemplified in a single case study. That is the contract for Fleet Solid Support ships. These are Royal Fleet Auxiliary vessels which provide support to the Royal Navy on operations anywhere in the world where we might have to defend UK interests or support our allies. At present this billion-pound contract is being conducted under EU rules. This will mean the loss of UK’s strategic shipbuilding capacity.

These rules are based on opening up the internal market for defence products to improve competitiveness of the sector’s technological and industrial base. The EU claim that the persisting fragmentation of European defence markets leads to unnecessary duplication of capabilities, organisations and expenditure.

It is incredible that ministers are determined to give away billion-pound contracts when they could ditch May’s deal, wait four weeks and legally give the contracts to British shipyards.

If the UK leaves the EU defence directive, the Government could guarantee a UK build for the Royal Fleet Auxiliary’s Fleet Solid Support vessels by using the default WTO defence exemption.

The UK maritime industrial sector employs 111,000 people, in 6,800 companies, contributing £13billion to the economy. The shipbuilding and repair element of this alone contributes around £2billion and the UK is one of the largest exporters of maritime equipment and systems.

The UK Industrial Strategy states that all Royal Navy warships will continue to have a UK-owned design, and will be built and integrated in the UK.

Warship build will be via competition between UK shipyards, with international partners encouraged to work with them and other providers to produce the best possible commercial solution.

All other naval vessels (not specifically defined) will be subject to open competition, and integration of sensitive UK-specific systems will be done in the UK, where possible after competition between UK providers. Defence will take account of wider factors (including the impact on UK prosperity) when making procurement decisions.

The Government says it will consider distributed block build for all our future surface ship procurements and they are working hard to make sure that UK producers of steel have the best possible chance of competing for contracts forecasting steel requirements for shipbuilding through the UK Government Steel Pipeline.

There is a common misconception that the EU defence directive permits the construction of ‘sovereign assets’ or ‘warships’ to be kept in the UK. This is incorrect. Therefore simply arming the FSS ships would not trigger the exemption. The only way to guarantee to ‘Build them in Britain’ (Labour Party’s campaign) is by leaving the EU directive.

What are the EU exemptions?

The only exemptions to the EU defence directive are a narrow security clause and government-to-government procurement arrangements, both under EU Article 346. The security clause can only be used if an international contract brings a provable threat to national security which can’t be eliminated by the EU’s contract security arrangements. The already narrow exemption has been tightened again since 2016.

The EU defence directive is specifically designed to stop domestic-only procurement and accelerate the European Defence Technological and Industrial Base (EDTIB).

Government statements mention cost-effectiveness but avoid the EU directive. It would be politically damaging to acknowledge that the process is actually driven by the directive.

So what is the WTO alternative?

The WTO’s defence procurement exemption, which permits domestic exclusivity for defence contracts, under the (Government Procurement Agreement). In November 2018, the WTO announced that the UK is cleared to join the GPA and this was further confirmed in February 2019.

Countries participating in the WTO’s GPA don’t need to give a reason for keeping defence contracts within their home market. They can do so to guarantee a domestic economic or strategic gain. Those considerations are banned under the EU defence directive.

The contracts could go straight to whichever UK company or consortium rather than a Spanish government-subsidised shipyard which are likely to win them. Why would we persist with the current contract process under EU rules if we knew the UK would benefit from escaping from them?

This is absolutely wrong. WTO rules are far less restrictive and for example allow the US to safeguard the vast majority of its defence manufacturers.

If Government and MPs saw the reality they would freeze the billion-pound support ship contracts process and reissue after we leave the EU to save thousands of British jobs, notably in Birkenhead at Cammell Laird and creating many more thereafter.

This would be a major benefit to the steel industry too.

EU-funded shipbuilding and steelyard unions are also guilty of avoiding the legal reality on this.

How does it work? Well, the EU Rules I mentioned relate to the EU Defence and Security Procurement Directive. It is fairly new, enacted in 2011, but increasingly applied and enforced

This damaging directive means the only time the Government may manufacture defence equipment exclusively in the UK is if it has asked the EU for permission. And you wonder why so many people don’t like the May Withdrawal Agreement and want to leave the EU?

So to conclude, let’s be absolutely clear. We believe at Veterans for Britain that MPs are getting incorrect, inaccurate, false information on this.

We’ve all been interested in why the UK Government and officialdom obfuscates over EU defence procurement rules and falsely claims the UK can easily waive the EU requirement for international competition when it can only do so in narrow secrecy cases.

Making these claims prevents the EU from getting the blame for lost defence contracts.

It is time the UK understood the benefit of escaping the damaging EU Defence Directive and went into WTO rules instead. Remember, the first duty of any UK Government is ‘Defence of the Realm’.