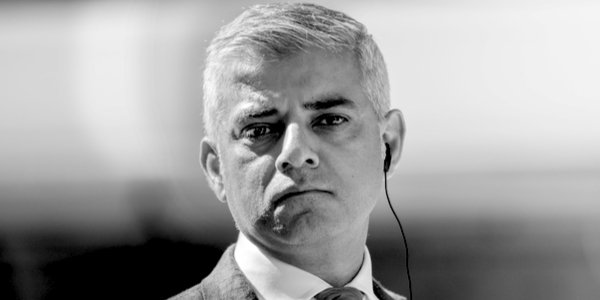 With thousands expected to protest today against Donald Trump’s visit to the UK, London Mayor Sadiq Khan has refused to intervene in plans to fly a giant barrage balloon above London depicting the President as a nappy-wearing baby, citing his belief in free speech.

Mr Khan is also a prominent supporter of exclusion zones outside abortion clinics, designed to prevent peaceful vigils, prayer and offers of help to vulnerable women approaching the clinics based on unsubstantiated claims that they constitute ‘harassment’. One such zone is already in place around the Marie Stopes clinic in Ealing, West London.

So while Mr Khan is happy to criminalise free speech that might save lives – and even silent prayer – he is also happy to support, not an argument against Mr Trump, but an image that is intended as an insult. Protesters might as well fly a gigantic two-finger sign in the skies above the capital.

It is significant that Mr Trump has been active in withdrawing taxpayer funding for Planned Parenthood, America’s most prominent abortion chain, to outrage from Democrats and self-appointed feminist leaders. How ironic that a balloon in the shape of a baby should float above London in protest at a political leader who has sought to protect the lives of unborn babies, with the approval of a Mayor who approves of the killing of unborn babies – all in the name of free speech.