Mass murder, the fellow-traveller of the Marxist state 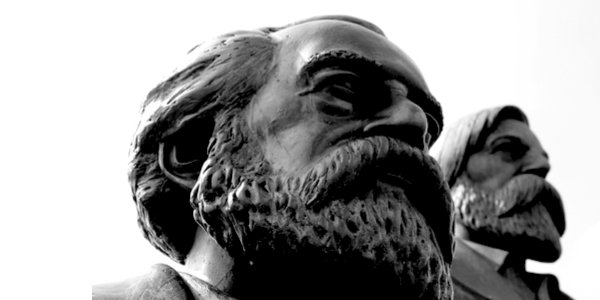 WHERE once we dealt with millions, we now do with billions. It might seem that one million is now a small number wherever it is used in the news. There are areas where it will always be a very large number, and one of these is when counting unnatural deaths.

Estimates of the number of people murdered by communism between the years 1917 and 1991 have settled down to the 100million figure. Stalin is quoted as saying that while the death of one person was a tragedy, a million deaths was a statistic. He was horrifyingly correct. Normal people cannot comprehend the organised unnatural deaths of millions as took place in the communist world in those 74 years. The worst part is how unacknowledged these state-ordained murders are in our modern culture.

It is distasteful in the extreme to compare the mass deaths caused by Lenin, Hitler, Stalin, Mao, and Pol Pot to determine who is the worst monster in all recorded history. The fact of the communist mass murders does not and should never diminish the scale of the Nazi Holocaust. What is interesting is the response of the communist apologists, especially those who were too young to be around at the same time as the USSR.

The first response is to state that none of the communist countries where these mass murders took place were actually socialist or communist. This is the ‘not real socialism’ argument comprehensively debunked by Dr Kristian Niemietz and others.

Every socialist regime is the subject of adulation by Western fellow-travellers in its early stages, when wealth-creators are plundered and the loot redistributed. Then, as the achievers emigrate or are purged, their successors find that running things is not so simple. Collapses and purges follow. Borders are closed to prevent populations from fleeing the Marx-made disaster. The adulation is by now replaced by denial.

In the UK in the 1930s, Marxism was all the rage amongst the intelligentsia, and the USSR was seen as the great hope for the human race, even while news was filtering out about massacres and famines. By the time of the purges and the 1939 Nazi-Soviet pact, the scales had fallen from the eyes of most bar the diehards, who went on to be the true believers. The remainder recanted and went on to lead saner lives or went into denial with ‘purer’ communist sects of their own.

The pattern was repeated after the 1956 Soviet invasion of Hungary, the erection of the Berlin Wall in 1961, the 1968 invasion of Czechoslovakia, and the invasion of Afghanistan in 1979. Time after time, supporters fell away leaving just the true believers, such as Jeremy Corbyn.

The second response is pure whataboutery. The apologists will point at the supposed excesses of capitalism and state that the body count was higher. They will usually lump Nazi Germany into their calculations. As I outlined above, this is a quite distasteful contest of mass death and is a deflecting argument which fails on that basis, as it does not contradict the grisly record of communism but employs relativism to say communism was not so bad after all, implying that genocide is a normal part of human existence.

However, it also fails in other ways. The whataboutery statistic assumes that any political system that is not communism is therefore capitalism in its various guises through the ages. It assumes that economics is binary between communism and capitalism and nothing else. This is simply untrue. However, the ultimate failure is that communism has by its nature a centralised top-down command structure.

There is also the point that Marxist politicians never advertise their desire for mass death in advance, which implies that the inevitable genocides are always an example of the failure of Marxism when it is put into practice. Humanist in theory, Marxism is in reality quite murderous.

This straight line has to explain why neither the Russian Federation nor the People’s Republic of China have been fully open about the mass deaths in their recent history. In the case of Russia as the successor state to the USSR, it would have to acknowledge the mass deaths in a way the Federal Republic of Germany has been obliged to do, and would probably have to hold some kind of legal inquiry into the murderers and make some amends with the relatives of the victims.

The USSR would have to be cast as a rogue state in the same manner as Nazi Germany. And, not having been crushed by its enemies in war with its crimes exposed to the world, the Russian Federation probably believes it can ride this one out.

The People’s Republic of China, being the same state that committed genocide on a scale and intensity dwarfing anything in Western Europe, will just airbrush the mass death out of its history in the same way it did the 1989 Tiananmen Square massacre. It will be assisted by European politicians such as Diane Abbott.

Communist apologists are getting quite adept at deflection and denial, as they will encounter the disgusting history of their vile politics anywhere there are decent people over the age of 50 or so – and increasingly amongst younger people who have had an honest look at 20th Century history further east than the Nuremberg rallies and death camps.

The final excuse for communism is to point out the role of the Soviet Union in defeating Nazism. However, the rise of fascism in Germany was fuelled by a fear of Bolshevism as much as a desire to scrap the Treaty of Versailles. Communists made a rod for their own back. No Lenin = No Hitler. And 100million people in the 20th Century would not have had their lives cruelly cut short.