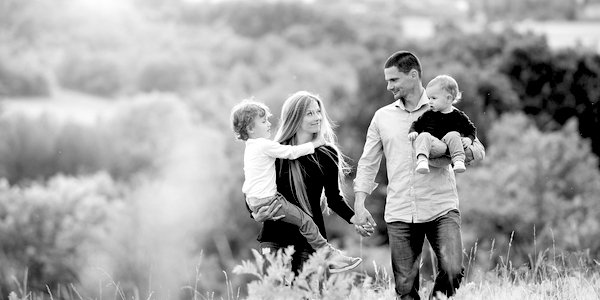 FAMILY life is more richly varied than ever before, says the BBC. There it is – the not-so-subtle dogma of the progressive creed. Diversity is always good – never dysfunction, always rich variety. And who could object to rich variety? Like a box of Quality Street, each brightly wrapped modern family arrangement as sweet as any other.

How awkward, then, to have to report that not all family set-ups are quite as pleasant and beneficial for children. According to the BBC’s Branwen Jeffreys, two large studies, one in the US and one in the UK, are ‘beginning to provide some evidence suggesting there is a measurable difference in how well children fare on average in single-parent families’. Well, who knew? It is certainly good that the BBC is reporting this highly non-PC finding – but it is hardly news, at least not to anyone who hasn’t swallowed the dominant Leftist ideology whole. The poorer average outcomes for children who lack fathers, in particular, is so well established, and the facts so widely communicated, that it is incredible some people are still ignorant of it. It’s almost as though they don’t want to hear inconvenient facts, or risk them getting out into the general population.

A key finding in the US study is that children whose parents are not married or where one is absent are ‘twice as likely not to graduate from high school’. The academic overseeing the project, Professor Sara McLanahan, explains: ‘Having two adults who co-operate to raise the child, who give time and money, means there are just more resources than one doing it.’ Indeed. But didn’t humanity discover this a few thousand years ago? Isn’t it why marriage became ubiquitous in human culture? To ensure the shared responsibility for and commitment of both mother and father to their children. And this is not even to mention the crucial role fathers play in children’s emotional development.

Worry not, though, high priests of Leftism and feminism. Neither this study, nor the UK Millennium Cohort Study which is (unsurprisingly) making similar findings, are being used to recommend anything so regressive as reinforcing family values and the importance of marriage. Jeffreys says: ‘Neither Professor McLanahan nor Professor Fitzsimons [UK Millennium Cohort Study lead researcher Emla Fitzsimons from the Institute of Education] think their research should change the complex decisions individuals make about how to raise their children.’

So don’t panic: no one is actually expecting anyone to take any additional responsibility for their lives or consider how their choices and decisions might impact on their hapless offspring. The studies’ authors are only ‘asking questions of wider society (my italics) about what could be done to provide more support to parents taking on the difficult job of bringing up children on their own’.

So there you have it: the solution is not more marriage but more money, not more family stability but more state. More tax-funded subsidies for single-parent families, despite all the evidence that what the state subsidises it multiplies; that increased support for single-parent families since the 1980s has led, unsurprisingly, to more choosing to be single parents – creating ever more ‘need’ as well as more challenging family set-ups that these good-hearted researchers want us to address.

What we need instead is an explanation of why what is now typically dismissed as a ‘traditional’ family set-up is plainly the most functional family set-up and why children thrive best in it – and why it is no more than they deserve from adults. This is what we need to teach adults and children: that it is the gold standard, albeit hard today to attain, but never as merely one option among many in a ‘richly varied’ array.

This is why marriage must be recognised properly in the tax system as working for the state, for society as well as for the whole family.

It’s high time the social justice warrior Left came clean about what even their own research shows – that life is not a box of Quality Street, to pick your purple or green wrapper from, but a set of choices that have consequences. Consequences that are grave for children and society.