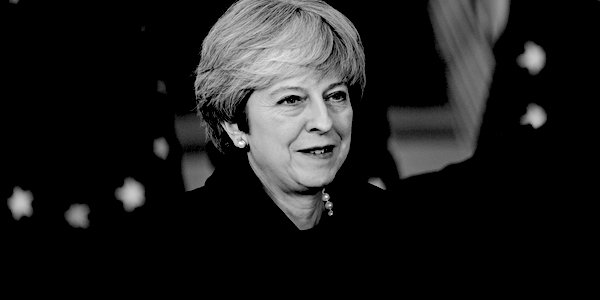 SPEND, spend, spend! Before she leaves office, that is how Theresa May plans to solve the under-performance of our education system. After a disastrous premiership, the creation of a benign legacy is driving her final days. A massive cash injection of £27billion for schools, part of a three-year funding settlement, is on its way, provided she can force it through Cabinet before she exits.

Sadly, a misplaced education spending commitment is to be at the heart of her valedictory death wish for the nation. Like the hero of a Greek tragedy she is pushing blindly forward, in contravention of reality, towards self-destruction for herself and her country.

If more spending could raise the performance of schools, we would already be world-beaters. According to the Institute for Fiscal Studies, between 1953 and 2009 the UK increased educational expenditure by around 900 per cent in real terms. There has been a modest per-head decrease of under 10 per cent since but, along with the US, we remain amongst the big spenders.

Theresa May and other politicians should be asking why our schooling has become so expensive. It is extraordinary that, in comparative terms, we achieved a great more when we spent a great deal less. According to the OECD we are the only country in the developed world in which grandparents out-perform their grandchildren in the basic employment skills of literacy and numeracy.

And, remarkably, on the international OECD PISA tests, our 15-year-olds trail some way behind their peers in Vietnam even though we spend close to eight times as much per head. Those Asia-Pacific states, such as Singapore and South Korea, which out-spend Vietnam but spend less than us, are up to three years ahead of their peers in the UK.

The greatest legacy that the current prime minister could leave would be to initiate an independent Royal Commission into the performance of our schools. Why are teachers outnumbered in schools by support and ancillary staff? Why do grade boundaries have to be manipulated for public examinations to allow a mark in the range of 15-20 per cent to be officially classified as a ‘good’ pass – good enough, ultimately, to get you into the professions? Why are around 20 per cent of pupils leaving school without a standard of literacy and numeracy that makes them readily employable? And, most important of all, why is the return on massive school spending so poor?

Our political class needs to have a few home truths spelt out for it. The educational establishment, the Blob, lives off its ability to panic parents into believing education failure is all down to money. It does not want them to know that it is really down to the teaching methods.

Rather than the largely teacher-led classrooms of the most successful school systems around the world, we have moved to so-called ‘child-centred’ teaching, almost totally so in primary schools. This involves lots of group work with children sitting around tables, often with their backs to the teacher, rather than ‘facing the front’.

International comparisons show that child-centred learning is mostly less successful than the ‘whole-class’ teacher-led approach. It is, in addition, a catalyst for poor behaviour – a major reason why so many of our teachers leave the profession prematurely. Most damaging of all, perhaps, is the fact that child-centred group work ‘teaching’ depends on a hugely expensive army of classroom assistants. It is a methodology that has an insatiable appetite for cash.

For children with disabilities, the support of a classroom assistant is necessary and important. A majority of pupils, though, would be better taught if their lessons were largely teacher-led. Ironically, the best way to improve our schools would be to do away with half of the support staff. Not only would this force teachers to deploy a traditional teacher-led pedagogy, it would release funds to reward good teachers with a substantial pay rise.

Boris Johnson, too, has promised that, if he becomes prime minister, he will inject more cash into schools. He would be wise to seek the funding via the pathway of cheaper and more productive teaching methods.

Make the teachers this offer, Boris: Use easier and much more effective ‘whole-class’ teaching methods. Agree to dispense with half of classroom assistants. They will no longer be needed. Benefit from significant pay increases if you are good at the job. Enjoy the greater success of your pupils, calmer classrooms, happier parents and catch-up time with Singapore. What’s not to like?

The cabinet has a responsibility to stop Theresa May’s mad educational profligacy plan.