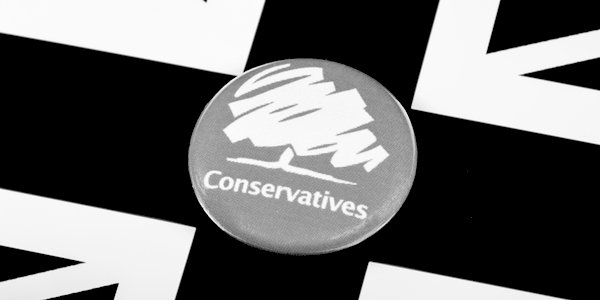 THE selection by local associations of ‘Conservative’ Party general election candidates is now in its final phase before the deadline of declaration day on November 14.

Some intriguing claims are emerging, however – especially from constituencies where the sitting member is standing down – about party HQ attempting to micro-manage the selection process in favour of its own preferred choices, even to the extent of excluding a local candidate whom the constituency association would choose.

Firstly, I was told earlier this week by a friend who is a stalwart of the local constituency association in a currently Tory seat in the South East whose MP is standing down, that ructions were very likely to occur at the meeting scheduled to be held shortly to discuss their new candidate.

He alleged growing disquiet at what he described as Central Office trying to impose, over the head of an eminently suitable local councillor, a favourite of the Candidates’ Board central list with no constituency connection whatsoever.

As he put it to me, if objecting causes fireworks, then so be it. But he’s damned if he’s going to rubber-stamp the selection of some chinless-wonder staffer who’s coming straight from gofering in Central Office after getting a second-class PPE and seeing the constituency solely as the first step on his political career path.

Secondly, let’s move to Mid-Sussex, where archetypal patrician Tory grandee Nicholas Soames, one of the 21 anti-Brexit rebels deprived of the Conservative whip for in effect voting to stop Brexit happening on October 31, is bequeathing a current majority of more than 19,000.

In the frame for this are a current Government special adviser (Spad) with pro-Brexit credentials, a teacher whose current political activity is centred on London, and the Tory MP for Eastleigh, Hampshire. Their connection with the constituency is perhaps rather more claimed than it is immediately obvious. Is there no suitable local candidate?

It’s the latter candidate who’s the most intriguing case. Despite sitting on a 14,000 Tory majority in Eastleigh – a seat that voted 54 – 46 in favour of Leave – MP Mims Davies is trying to up sticks and move to Mid-Sussex.

Her somewhat disingenuous statement that she ‘would not be a candidate’ in her current constituency originally gave the impression she was quitting Parliament altogether. So the revelation that she is instead seeking a safer seat has given rise to speculation that fear of losing to the Lib Dems is her real motivation.

Thirdly, let’s journey westwards, to Devizes, Wiltshire, which, although voting Leave by 51.4 per cent to 48.6 per cent, was, at least until the dissolution of Parliament at 00:01am on Wednesday November 6, the domain of the wildly over-promoted and eco-gullible Claire Perry, with a majority of more than 21,000.

There, elements of the local association are objecting in no uncertain terms about the possible selection of Danny Kruger, Eton-educated former speechwriter to David Cameron and current Political Secretary to PM Boris Johnson, to the extent of circulating annotated (mostly unfavourably) copies of his CV to all members.

Kruger is clearly perceived by his detractors as one of the favoured metropolitan – ‘liberal’ – Cameroon glitterati, and it’s arguably difficult in the current climate to imagine a more damning assessment than ‘definitely on the Nicky Morgan, Amber Rudd, side of the party’. But that’s their verdict.

Meanwhile, the chairman of the Devizes constituency Conservative Party has resigned, allegedly in protest about the undue influence head office has had on the choice of candidate for the safe seat. The original shortlist of six has apparently been arbitrarily reduced to three, none of whose connections with the constituency appear especially strong, or particularly convincing.

Perhaps many local Tories in Devizes are just not prepared to have what, rightly or wrongly, they see as a Cameroon carpetbagger imposed on them by Central Office willy-nilly. Is there really not a good, genuinely Conservative local councillor who would make a good constituency MP? After years of being ‘represented’ by Claire Perry, one can understand Devizes’ local Tories being wary.

Fourthly, let’s travel north, to the East Midlands and Bassetlaw, the seat vacated by staunch anti-Corbynite Labour Brexiteer John Mann, who resigned as a MP on October 29.

In the 2016 EU referendum, Bassetlaw voted 68 – 32 for Leave, a margin of more than 2 – 1. With Mann’s majority of only 4,852, and Labour having all but formally declared itself to be a Remain / Second Referendum party, it’s obvious that a mere 2,500 voters switching from Labour to Conservative would turn it blue.

Yet an allegation reaches TCW from Bassetlaw about the 2017 Conservative candidate, apparently a former local councillor and previous Tory constituency association chair, who campaigned for Brexit in 2016 and significantly reduced Mann’s majority in 2017. The safe Labour seat was thus turned into a marginal.

But, it is claimed, the candidate was critical of Theresa May’s approach to Brexit and has twice been rejected as the 2019 candidate by Conservative Central Office, despite being originally admitted to the candidates’ list. The expectation is that an external candidate, presumably acceptable to Tory HQ, will be parachuted in.

This is doubly troubling when the Labour candidate selection process in Bassetlaw is itself in near-total disarray. It follows a Momentum / National Executive Committee decision to overrule the local party and deselect its choice of candidate in a manner more reminiscent of a kangaroo court than due process.

The candidate herself is an outsider from Labour-Lefty North London, but at least one acceptable to the local party. Presented with an open goal in Bassetlaw, therefore, Tory Central Office appears to be kicking the ball off the pitch.

Does anyone see a pattern here? It may or may not be a coincidence, but there has recently been an abrupt change at the top of the party hierarchy, with the resignation from both the Candidates’ Committee and the Party Board of a senior MP over ‘rising tensions in the Candidates’ Committee about the controversial approach to selections which CCHQ is pursuing’. Amid mounting fury over the Candidates’ List, local associations are increasingly pushing back against central control.

One would have thought the ‘Conservative’ Party would have learned from the débacle of the Cameroons’ now notorious A-List, which eventually was quietly killed off. Evidently not.