The triumph of light over darkness 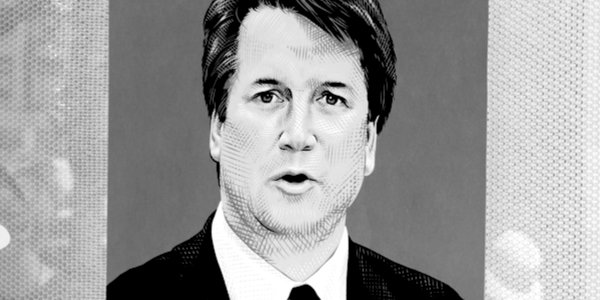 ‘Blessed are those who hunger and thirst for righteousness, for they will be satisfied.’ As the Kavanaugh saga comes to a close, for once the righteous are satisfied and Brett Kavanaugh has been confirmed to the United States Supreme Court.

Savour the moment, dear reader, because it does not come often. This time, after the Democrats unleashed their two weeks of hate and raped the name of Brett Kavanaugh, the forces of good have prevailed.

The Rape of a Name Is Also Rape

Never before have I followed an American news story so closely, never before I have had such an emotional investment in the outcome. From the moment the Democrats began their search and destroy mission they demonstrated once and for all just how despicable they are.

The Democrats have not only lost this battle, but they have stirred up the GOP base for the mid-term elections. Yes, the Democrats have their Leftist women locked down, but conservative and moderate women out there looking at this appalling hit job against Kavanaugh have seen the danger the Democrats pose to decency, to civility, to justice and the Republic itself. They are fired up and ready to vote.

Many moderates will realise they must fight the Democrats, that the politics of personal destruction must end. Politics previously was ‘you win some, you lose some’. But what the Democrats did here was to take a man with an unblemished record in public service, a man of personal integrity, and to seek to destroy him on the basis of a flimsy allegation of sexual assault from 36 years ago. Even that was not enough for the Democrats and the allegations came in day after day: that he exposed himself, that he was a gang rapist.

The horror at the treatment of the Kavanaugh built day by day. How could they go on, I asked myself? First it was sexual assault, then attempted rape, then we were to believe Kavanaugh was raping his way through suburbia in the 80s and his mother, a lawyer and judge, managed to miss it all; she was asleep at the wheel. Kavanaugh was a drunken bore who said mean things in his year book. Then when he protested his innocence, we were told he was too angry, that he does not have the right temperament for the court. But as David French asked, ‘please, tell us, when falsely accused of gang rape, when your family is facing death threats, and when you know that your political opponents are engineering and timing allegations to inflict maximum damage on you personally, what is the proper amount of anger?’

On and on the Democrats went, destroying Kavanaugh’s reputation and pouring petrol on a white-hot culture war while relishing every moment. A win is a win, no matter who gets destroyed.

I realised early on that many of the Democrats acted this way because they are without faith. They could continue with this outright evil only if they did not believe they would ever have to answer to a higher power. For them, this poisonous political world is all there is. This accounts for their lack of shame, humility or fear that one day they will have to answer for their conduct.

But they chose the wrong man to mess with in Brett Kavanaugh. He is a man of faith, a man who said going to the church was the same as brushing his teeth. His wife Ashley said in the Fox news interview that their faith was strong. There is no doubting that.

When the Democrats put their poison to work in attempting to destroy Kavanaugh and his family for political ends, and disgusting allegation after disgusting allegation engulfed the family, I saw on Twitter that his wife had asked people to pray Psalm 40. I finish with a part from that prayer.

Do not, O Lord, withhold

your mercy from me;

let your steadfast love and your faithfulness

keep me safe for ever.

For evils have encompassed me

my iniquities have overtaken me,

until I cannot see;

they are more than the hairs of my head,

and my heart fails me.

Be pleased, O Lord, to deliver me;

Let all those be put to shame and confusion

who seek to snatch away my life;

let those be turned back and brought to dishonour

who desire my hurt.

Let those be appalled because of their shame

But may all who seek you

rejoice and be glad in you;

may those who love your salvation

say continually, ‘Great is the Lord!’

As for me, I am poor and needy,

but the Lord takes thought for me.

You are my help and my deliverer;