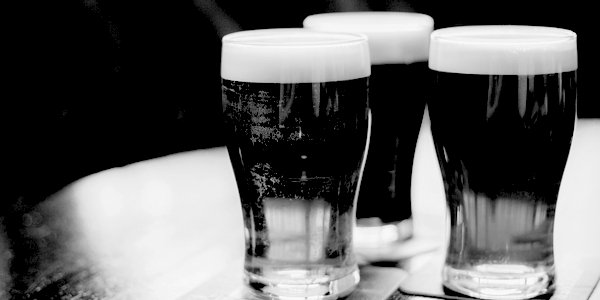 ‘We just want to be accepted’.

The most common appeal to the majority of heterosexual community members at the time was ‘We’re just gay, no threat to you guys, live and let live’.

There was also: ‘So we dress differently’, ‘We’re drug users but that’s our problem, not yours’, ‘We’re an ethnic minority, we just want to get on with everyone’.

How many pleas to ‘normality’ have those amongst us old enough to remember heard before there was such a thing as LGBT? The enduring refrain was not to pigeon-hole minority groups. Just let them mingle amongst the rest of the community unimpeded. Fair enough.

So with a bit of help from Alf Garnett, we were exposed to how bigoted we were. Not that many of us knowingly knew a homosexual, and the only person of colour we were familiar with was our cheery Pakistani shopkeeper who had the morning paper ready for us before we set off to work. But Alf enlightened us: alternative communities were already amongst us and we are all bigots.

So we helped to break down barriers, we realised that ‘No Irish, No Blacks, No Dogs’ was unacceptable, not least because, other than the dogs, everyone had cold, hard cash to spend.

So it came as somewhat of a shock when I saw an article in Spiked: ‘Woke capitalism gets stranger by the day’. It describes Budweiser’s sponsorship of the London Pride weekend with a series of LGBT+ themed beer cups.

‘Each cup bears the flag of a group in the LGBT+ umbrella. The asexual one has generated the most attention.’ Presumably because it’s the most bizarre thing I can think of. If you don’t want to have sex why would you associate yourself with a hedonistic Gay Pride march?

Magenta is for same-gender attraction, blue is for attraction to genders other than your own, and lavender (a mix of the two) represents attraction to your own and other genders, though some interpret it differently. pic.twitter.com/BRWeTo2C5j

Now I must say, that following the pleas for acceptance, and the de-pigeonholing (is that expression appropriate?) of gay people to be simply accepted as part of the wider community, they are now celebrating their own subdivisions of sexuality. LGBT was bad enough but now it’s LGBT+; it gets even more confusing.

From Budweiser’s blurb: ‘Magenta is for same-gender attraction, blue is for attraction to genders other than your own [?], and lavender (a mix of the two) represents attraction to your own and other genders, though some interpret it differently.

Hang on, folks. We agreed to de-pigeonhole you. Had we known you were going to assemble yourselves into little identity boxes, we could have done that for you with a lot less effort and fewer tears.