The Left’s transgender obsession is no laughing matter 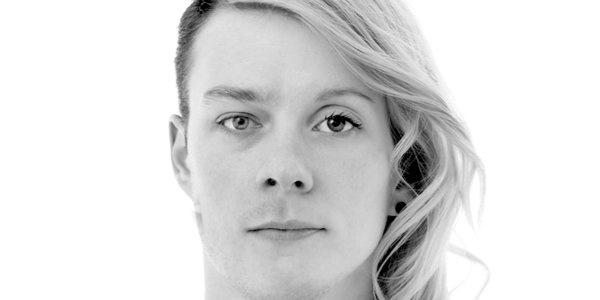 The Labour Party has found a new group to persecute – women. Transgender activists, named ‘Labour Against Transphobia’, have published a hit list of female Labour feminists who object to transgender women being placed on Labour’s all-women shortlist (AWS).

This is a game of numbers – the more transgender women there are vying for a political position the less opportunity there is for biologically born women. The existence of the list typifies the fascism we have come to expect from Labour. These women are being ominously targeted for the imagined crime of transphobia and risk being harassed, ridiculed and expelled from the party. The misogyny and threats of violence against these women are depraved and the desire to police language and purge dissenters is Stalinesque in ethos and effect.

But we should be unsurprised at this debacle given that Labour’s Women Officer is a man who now calls himself Lily Madigan. Labour is allowing itself to be hijacked by transgender activists such as Madigan, to the detriment of women, and has embraced anti-science dogma by placing men masquerading as women on to its AWS. At the same time dissenting women are bludgeoned into obedience lest they be accused of the Orwellian hate crime of transphobia. Transgenders are obviously now the new victim group that the Left fetishises and the rest of us are accused of oppressing them.

Hard-won rights for women are no longer important to Labour members. What matters to them now is this latest minority cult, full of rage and craving attention at all costs. Conservatives might enjoy this spectacle of the Left eating its own. But it is no laughing matter. Pandering to this form of identity politics is indicative of a much bigger problem. The long march of cultural Marxists through our institutions is now almost complete.

Only 1% of the British population classify themselves as ‘gender non-confirming’. Hardly any statistics exist to indicate how many are transgender but I suspect very few. Yet, frustratingly, we are being held hostage by this tiny cult in its attempt to shut down free speech and brainwash our children.

Despite what the Left says Britain is a tolerant country. If people want to live their lives outside societal norms they are free to do so. Of course there are genuine cases of gender dysphoria and hermaphroditism and they need compassion and help.

But no amount of lipstick will turn a woman into a man despite screechings by narcissistic transgender activists on their right to self-identify. The intolerance surrounding the transgender movement emanates not from us but from these cultists who attack those who object to their anti-science definition of sex and gender and the subsequent eradication of women’s rights.

The Conservative Party also is complicit in this magical thinking. Surely there are more urgent priorities, such as Brexit. But thanks to the weak leadership of Theresa May the Tories are also pandering to the transgender cult – to the detriment of the rest of us.

Recently anyone wanting to legally change gender had to see a doctor and apply for a Gender Recognition Certificate. But thanks to Justine Greening, a progressive cuckoo in the Conservative Party nest, unnecessary legislation – the Gender Recognition Act – is set to remove these medical gatekeepers. This means that the need for a medical diagnosis will be bypassed in favour of self-identification of gender.

We are already witnessing the eroding effect of this idea. The NHS is now offering transgender women cervical screenings. This ridiculous capitulation to narcissism means that biological women risk endangering their health by having to share a limited NHS resource with those who have no need of it. The British Medical Association also instructs us to refer to a pregnant woman as a pregnant person. There is something grotesque in this denial of basic biological fact by those who should know better.

But the most horrifying and sinister aspect of the transgender cult, assisted by our government, is the indoctrination of children. The taxpayer shouldn’t be forced to finance hormone treatment or transgender operations for children. The Department of Education was wrong to have awarded a grant to the transgender charity Mermaids. Through its ubiquitous presence in our schools Mermaids is coaxing children to question their gender and warning against ‘misgendering’ and ‘dead naming’, which is the refusal to stop using a person’s birth name. These additions to the linguistic lexicon of victimhood are classified as hate crimes and are indeed Orwellian in both discourse and effect.

No longer content with focusing on children in primary schools, Stonewall, together with teachers, is now targeting children under five with its gender identity project. Forcing toddlers to think about sexual preferences before they are out of nappies smacks of paedophilia.

Children like to emulate trends as it helps them fit in with their peers. So, predictably, referrals to the NHS for children with gender identity issues have risen exponentially. Their parents are probably too terrified to speak out against this cultural hegemony which destroys childhood and denies the biological rights of women. If we object to the lunacy of men irrationally describing themselves as women, and visa versa, we are hounded and threatened with imprisonment.

Thanks to the cult of victimhood, now being taken to extremes by the aggressive transgender movement, we are witnessing the destruction of the West. This pathetic compulsion to compete for top victim status, amid false accusations of persecution, is shattering our society. I suggest these whining transgender activists, and their enablers, pay a visit to Auschwitz – it might finally give them a sense of perspective.