NewsPaperthe art of publishing
Home News Leftie Justin, the prince who turned into a frog
0

Leftie Justin, the prince who turned into a frog 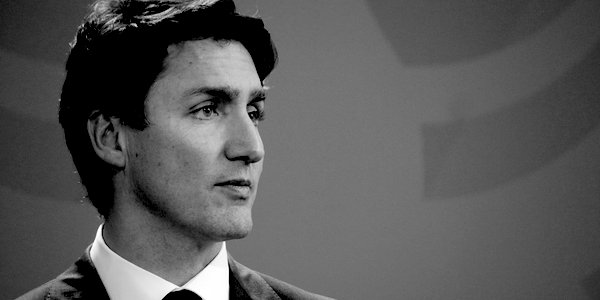 N JULY 2017 Justin Trudeau graced the cover of America’s Rolling Stone magazine, with the headline: ‘Why Can’t He Be Our President?’ Today Canada’s golden boy prime minister has seen his approval rating fall below that of the much-maligned US president, Donald Trump. Meanwhile Canada’s Conservative Party has established a solid lead over Trudeau’s Liberals, and Trudeau is on course to become the first prime minister to lose power after a single majority mandate since the 1930s.

Pollster Nik Nanos says, ‘The most significant effect has been the negative impact on the prime minister’s personal brand.’ Canada is falling out of love with its handsome Prince Charming. Sometimes you kiss a prince and he turns into a frog.

Trudeau became Liberal Party leader after a mere five years in parliament and assumed power two years later in 2015. Since becoming PM he has pursued a relentlessly progressive course. If it is progressive Trudeau embraces it: feminism, the environment, aboriginal rights, gender equality, multiculturalism. He dreams of making Canada the first post-national country.

The only problem is that when it comes to actual policy achievements, such as meeting his promises to balance the budget by this year and reform the electoral system, he has failed. On top of this, he has been hit by a scandal which has shredded his feminist, aboriginal and integrity credentials.

Politicians can survive a scandal if they are trusted in other areas. Allegations of corruption and sexual impropriety can be surmounted. Justin is no Bibi Netanyahu or Donald Trump, and the SNC-Lavalin scandal may bring him low.

The Montreal-based engineering firm was charged with paying bribes to secure business in Gaddafi’s Libya. If convicted, SNC-Lavalin could be barred from Canadian government contracts for ten years. There was, however, a way out. Under deferred prosecution, SNC-Lavalin could avoid a conviction by admitting wrongdoing, paying fines and agreeing to stricter compliance rules.

Trudeau saw deferred prosecution as a solution to the problem faced by one of the biggest firms in his home province of Quebec. He took action to pressure the Justice Ministry to ensure a deferred prosecution. The woman in charge refused to play ball.

Jody Wilson-Raybould, Canada’s first indigenous Attorney General, told a parliamentary committee in February that Trudeau, top aides and government officials ‘hounded’ her in ‘a consistent and sustained effort’ to offer the company such a deal.

Last month, beset by attacks from Trudeau and his supporters, she released an audio recording of a telephone call with the then clerk of the privy council, Michael Wernick. Wilson-Raybould says the conversation in this call (and others, including with Trudeau) ‘is entirely inappropriate and it is political interference’ in the functioning of the Attorney General’s office. Wilson-Raybould is now an ex-Attorney General, having resigned rather than comply with Trudeau’s wishes.

Worse for the Liberals was to come. Earlier this month she was kicked out of the Liberal Party. She was joined in the political wilderness by Jane Philpott, another one-time rising star in the Liberal Party, who had resigned from the Treasury Board over the scandal. In an interview in Maclean’s magazine, Philpott criticised the ‘attempt to politically interfere with the justice system in its work on the criminal trial’. Both women now sit as Independents.

Wilson-Raybould later told the Canadian broadcaster CBC that she was ‘stunned’ by her expulsion from the party and said Trudeau could have nipped the controversy in the bud if he had only acknowledged and apologised for putting pressure on Wilson-Raybould. Unfortunately, having lived a life of entitlement, humility is not part of Justin’s makeup.

Speaking of the scandal Wilson-Raybould warned:‘There is a potential that this could backfire, in a way that may not make Liberals happy’. Backfire it has. CBC Poll Tracker, an aggregation of all publicly available polls, records an average 6 per cent drop in Trudeau’s polling on the question of who Canadians prefer as prime minister.

Canadians do not like the sight of a powerful man browbeating an indigenous woman to protect politically connected insiders from facing the legal consequences of their wrongdoing.

It just gets worse. Justin has clearly never heard the adage ‘When in a hole, stop digging’. It is becoming clear that Trudeau, the product of Canadian political aristocracy on both sides of the family, considers criticism unacceptable.

Conservative Party Leader Andrew Scheer received a letter from Trudeau’s lawyer threatening to sue him for comments he made about the controversy. In the letter, dated March 31, Trudeau’s attorney Julian Porter said such criticism had gone ‘beyond the pale of fair debate and is libellous’.

If Trudeau thought this would silence his critics he is even more blinded by entitlement than previously thought. Big boys don’t run away when the crown prince has a tantrum. Scheer jumped on the opportunity, called a news conference, and told Canada he welcomed the opportunity of hearing Trudeau’s sworn testimony and would defend his every criticism in court. Scheer has since repeated, word for word, the comments cited by Trudeau’s lawyer.

Cicero, the Roman statesman, orator, lawyer and philosopher, compared politics to navigation, where sometimes you run before the wind, sometimes you tack and sometimes you catch a tide. But to be politically adroit takes years of skill and study.

Successful statesmen are able to adapt to changing political circumstances. Trudeau lacks the guile, experience and mental attitude to do that, which might explain why he is no longer the golden boy of Canadian politics.