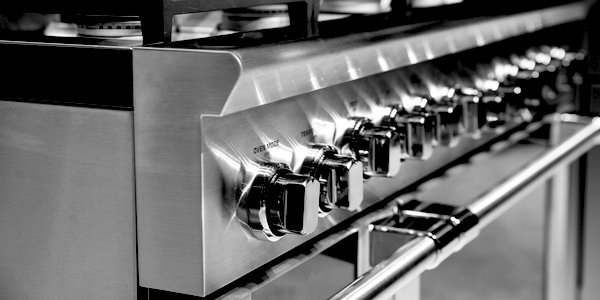 FROM time to time, I like to prepare my version of the Full English. I say ‘my version’ because I do not cook eggs. It is a question of taste.

I like to have a good selection: hash browns, potato cakes, Lincolnshire sausages, back bacon, fried mushrooms, toast.

So I’ll have two frying-pans, one table-top grill, one toaster, one contact grill and one oven on the go simultaneously to ensure all the food is ready at exactly the same time. So all the facilities have to be simultaneously available, albeit for the short amount of time it takes to cook everything.

It was once said that to eat well in England, a person should have breakfast three times a day. Well, times have moved on from that.

Which all brings me to James ‘Four Ovens’ Brokenshire (although he has been seriously outdone by Daily Mail editor Geordie ‘Six Ovens’ Greig).

It is an unnecessary extravagance to have a large number of ovens in a kitchen unless they are to be used well. I have not had the privilege of being invited to a dinner party at the Housing Secretary’s residence. But it seems clear that the Brokenshires take their home cooking quite seriously. And this is not unreasonable in the modern day and age. The country has moved on from just being able to make the most excellent breakfast in all of human existence. People want to make the best lunches and dinners as well. Cookery programmes in this country have evolved from the era of Fanny Cradock and form a serious part of the non-Game of Thrones televisual entertainment. So if the Brokenshires are good cooks and wish to throw dinner parties for their friends, they should not be the object of derision for ensuring they can have all the food available and piping hot at exactly the right time.

Amazing what you can rustle up! Maybe some more hot potatoes next! #twoovens pic.twitter.com/gU0vrbuaV2

No one would want to have to wait for their bacon to be cooked after their sausages due to a shortage of cooking facilities. Keeping the sausages hot in the oven while the bacon is grilled is just not the same. The same must be true for a dinner party. All the food should be served with no wait for other food in the same course to be made ready. For this to happen in the Brokenshire household, it is clearly necessary for there to be more than one oven available. And that’s before any consideration for the awkward vegan’s nut rissole that has to be made separately from the meat everyone else is having.

If people wish to criticise the Brokenshires for hosting dinner parties, well, that is just mean. There may well be people who would like to host dinner parties but are unable to do so because they lack the necessary quantity of cooking facilities to match their culinary ambitions. What people seem to be suggesting is that the Brokenshires should not be permitted to have the facilities to host dinner parties until those people who currently lack the same facilities receive them as part of some equality policy. No one, they seem to say, is allowed to have fun unless everybody can. What a bunch of killjoys. By the same rule perhaps Tottenham should not be allowed to play in a European soccer final unless Millwall can as well. Real life doesn’t work that way.

Perhaps the moaners want all MPs to be like Jeremy Corbyn, whose culinary ambitions reportedly stretch only to eating cold baked beans straight from the tin. Based on that logic, perhaps some people would also want all their MPs enthusiastically to associate with terrorists and anti-Semite racists. Well, politics and cookery are not like that.

Beans. I also don’t like baked beans in a Full English or at any other time for reasons of taste, not just because Corbyn likes them.

So we might be able to forgive Mr Brokenshire’s superfluity of ovens – at a stretch – but we cannot forgive his shocking behaviour when it came to cooking the books on Sir Roger Scruton and his subsequent abysmal and unforgivable failure to apologise to him. And if his cooking skills are as poor as his judgement his food won’t be worth eating anyway, however many ovens he has.

Still, it’s not as if Mr Brokenshire has a whole second kitchen in the same dwelling . .