‘The Church of England is dying’, warns former Queen’s Chaplain 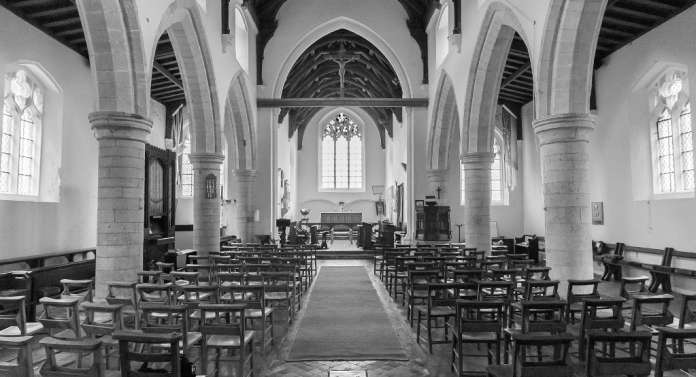 Rev Dr Jules Gomes interviews Rev Dr Gavin Ashenden, Former Chaplain to the Queen, who was forced to resign after he protested against the reading of the Koran at St Mary’s Cathedral, Glasgow. The reading on the Feast of the Epiphany explicitly denied the divinity of Christ.

Jules: Most people view the Queen, as a “Defender of the Faith.” Don’t you find it ironic that as one of her Chaplains you should be forced to resign precisely for upholding that role on behalf of Her Majesty?

Gavin: Yes, it is ironic. But the irony can partly be explained by the fact that while the DNA of the monarchy is Christian, the country is not. The monarchy faces difficulties as it prepares for the coronation of Prince Charles at the sad moment when our present Queen dies. Secularism will try to rubbish the highly potent Christian content of the coronation; and Islam is likely to claim that it wants to be recognised within it in some way.

In fact, a previous bishop of Oxford has foolishly suggested that Muslims be accommodated by having the Koran read in the coronation. Since the Koran is predicated on rebutting the claim of Jesus to be the Word made flesh, that seems wholly contradictory and undesirable. So we face a struggle for the integrity of Christianity provoked by the issues that a Christian coronation ceremony brings up in a so-called multicultural Britain. I can see why the monarchy’s advisers are anxious about how to play the future. In my view you gain nothing by watering down Christianity. It’s wrong in principle and foolish in practice. It’s like paying Danegeld—and look what that achieved.

Jules: You are regarded by many as one of the finest priests in the C of E. Your ministry over the years has brought together skills of journalism, academia, preaching, teaching and pastoral care. With the C of E struggling to find clergy to promote to the episcopate, as Archbishop Justin Welby himself admitted to me at Lambeth Palace, I should have thought that you would have been made a bishop a long time ago. Instead I find you out in the cold. Explain that!

Gavin: You are far too generous. It’s true that I was on a list of people considered for episcopal responsibility. It appears that my shortcomings combined with what I have since learned were fairly robust campaigns to resist my candidature ensured that didn’t happen. The C of E is a rich mixture of the spiritual and the political. If you make political enemies, or your face does not fit, or you fail to adopt increasingly secular values, options that might have otherwise been open are closed down. One senior bishop invited me to tea in the House of Lords to tell me that I was finished in the C of E as an organisation because what he described as my ‘critics’ were too determined.

Jules: You have been outspoken against the ordination of women clergy. Have you had opposition to this from the hierarchy of the Church of England?

Gavin: I believe passionately in women’s ministry. I think women are often very much more open to the Holy Spirit than men are. But the offices of the Church reflect the way gender was used by God to reveal himself to us. Jesus reveals God as our Father—he is the Son—totally dependent on the role of His mother, for the salvation of the world. Bishops and priests represent the father in the Church. At the same time the denigration of motherhood, a gift through which women become co-creators with the Father—and a loss of a relationship with Mary—means that gender relations have turned to the language of status and power within the Church. The hierarchy of the C of E have become so politicised that it matters more now that you are a feminist than a theologian or a baptised Christian.

Jules: Why do you think the Church of England is terrified of its outspoken priests?

Gavin: Good faithful priests represent life in the Holy Spirit, which exposes the limitations of political power. The C of E is much more comfortable with politics and power than it is with the Holy Spirit, which is why both Wesley and Newman had such difficulty remaining in it. The weaker clergy are spiritually, the more they take refuge in politics. They become terrified when called up on it, because deep down, I think they know they have lost their reliance on the Holy Spirit and are frightened of that being exposed.

Jules: Would you agree that the Church of England castrates its best clergy?

Gavin: I certainly think that holy clergy make the people who have found their way to the top of the institution very uncomfortable. But they probably make us all feel a little uncomfortable. The answer is to learn from them rather than to shut them up or destroy them.

Jules: Monsignor Carlo Liberati, Archbishop Emeritus of Pompeii, said last week: ‘In 10 years we will all be Muslims because of our stupidity…per nostra stupidità.’ Do you agree with him?

Gavin: Yes. The whole of North Africa and the Middle East was Christian once. All the indications are that Muslims are more committed and less willing to compromise than Christians. When that combines with terrorism, which undoes secularists who want a comfortable and easy life, cowardice and compromise will open the way to Islamic domination. Michel Houellebecq’s new novel Submission charts how he sees it happening in France in about ten years’ time. It’s a terrifying vision, and astonishingly, quite politically possible; some would say—likely. I want my children to have the opportunity to worship Jesus, avoid female circumcision and sharia beatings.

Jules: How should ordinary Christians who seek to be faithful to the gospel of Christ respond to liberal clergy who preach and practice heresy?

Gavin: Leave their Church and look for one that has kept as much of the historic, apostolic and biblical values as possible.

Jules: Have you had any support from bishops in the Church of England following your resignation as Queen’s Chaplain?

Gavin: I have had hundreds, perhaps thousands of emails in the last week from Christians across the world pledging their support and their prayers. But not a single one from a serving C of E bishop!

Gavin: It isn’t a matter of how I see it. Demographically and financially it is dying. Spiritually it appears to be on its last legs too. I’m not sure I see much point in a church that just wants to be accepted as a sort of not too irritating chaplain to a secular and hedonistic culture, which is what it seems to be becoming. I want to remain a faithful Anglican, but increasingly it looks like that is only possible outside the C of E. It has opted for a kind of spiritualised socialism and feminism in opposition to the Gospel of our Lord Jesus Christ. You get new life when you repent. But there is no sign that it is ready to take that path.