Leadership agony of the Proles-Royce MPs 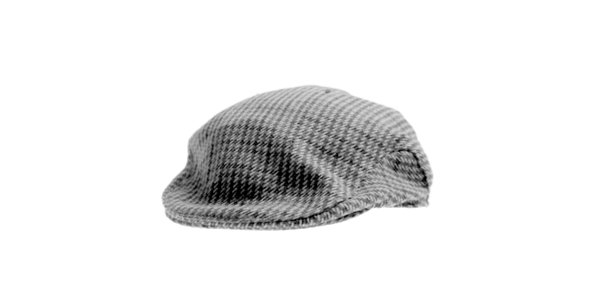 WITH nominations for the Labour leadership closing today, the spotlight has again been turned on the ‘prolier-than-thou’ credentials of the contenders. Understandably, it’s a fraught subject for those MPs whose backgrounds might be seen as somewhat privileged. Let’s cross over to the Members’ Dining Room at the House of Commons . . .

‘By ’eck, who’d a thought we’d one day be drinkin’ Richebourg Grand Cru? When I were a lad, all I could afford wi’ me lunchtime snap were a ’59 Chateau Lafite-Rothschild.’

‘Ee, lad, corked, bah gum! I feel thy pain. Now then, down to brass tacks. Art standin’ for Labour leadership?’

– ‘Not bother? Ecky thump, what’s tha rabbitin’ on about?’

‘Well, whoever has best workin’ class credentials will likely win. And that’ll be me, I reckon.’

– ‘Workin’ class credentials? Thee? But tha’s a gilded scion of biggest black puddin’-making dynasty in ’Alifax. Thy family are rollin’ in brass.’

‘That’s as mebbe. But my great-great-granddad laboured down coalmines from th’age of five.’

‘Aye. But great-great-granddad, he were employed as a pit pony. Spent 40 years in harness. And when he were too old to pull coal wagons, he became a pit prop – hammered into place every mornin’.’

– ‘That’s as mebbe. But my workin’ class credentials are better than thine.’

‘Get away wi’ thee. Thy folk are loaded – they’re the pig’s trotter and tripe-trading oligarchs of ’Unslet.’

– ‘That’s as mebbe. But my great-great-granddad, he were a navvy.’

‘Aye. But so were lots of folk back then.’

– ‘Aye. But great-great-granddad dug Leeds-Liverpool Canal – all 127 miles of it – by ’isself, usin’ nobbut a dessert spoon. And he used same spoon to scoop up mud to feed his wife and 26 kids.’

– ‘That’s as mebbe. But I had it tough growin’ up too. I remember when us antiquated cooker conked out, our family went ’ungry.’

‘Could tha not get cooker fixed?’

– ‘Nay. Poor owd woman were lying stone dead in kitchen. It were ages before th’employment agency sent someone to replace her.’

‘Call that tough? Once, when us indoor ’eated pool were out of action, us kids were forced to swim in moat and use drawbridge as a divin’ board.’

– ‘Well, it were all reet for thee, gallivantin’ like that. When I were younger, I’d often be going round wi’ no shoes on my feet.’

‘Aye. But that’s only because there were so many pairs on offer at Louis Vuitton in New Bond Street that tha’d go barefoot all day in shop till tha’d chosen one. Meanwhile, there were times for our family when there were no food on table.’

– ‘Aye. But that were only because Fortnum & Mason delivery van were so loaded it couldn’t make it up thy mile-long driveway.’

‘That’s as mebbe. But I reckon tha’s no chance of winnin’ leadership because tha’s got a bit o’ brass put by. Multi-millionaire, some reckon. ’Ardly sounds workin’ class, do it?’

‘Hmm. Mebbe tha’s right. We’re both in mire about us backgrounds. We’ll have to withdraw us leadership applications.’

With apologies to the Four Yorkshiremen  https://en.wikipedia.org/wiki/Four_Yorkshiremen_sketch