NewsPaperthe art of publishing
Home News Laurence Hodge: The rage on the Left at Cameron’s victory is to...
24

Laurence Hodge: The rage on the Left at Cameron’s victory is to be savoured 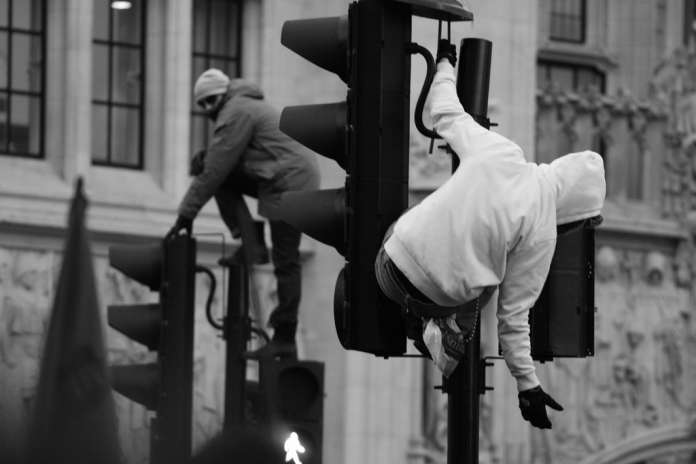 What a lovely few days we’ve been having.  After an endless and dull campaign with much frenzied histrionic but little substance, whose beginning was lost to memory and without ever a sight of the pink minibus loaded with fillocks and frippets to bring out the woman’s vote we have emerged almost a week ago into the sunlight from a prolonged bout of blandular fever.

Not that there wasn’t a certain amount of mud-slinging.  It’s just that the mud was of such transparently poor quality.  Everyone likes negative campaigning even if they are much too high-minded to admit it, but for anybody except the most tribal spectator it was all pretty low-grade stuff.

So it’s been a dreary couple of months with the Conservatives rebranding themselves as the nugatory party and the Lib Dem’s heading for annihilation but mouthing the traditional pieties that one expects from the party of (inter alia), the paedophile and the perjurer.  Only the Labour party stands out for having enlivened the campaign at the eleventh hour with the fabulous Edstone, which seems now to have vanished without trace.

Had Miliband won – and the very idea seems ludicrous in retrospect – then the Edstone would have been erected in the Downing Street garden and because the gods used to take a dim view of such aggravated hubris, he should now, having failed, rightfully be meandering through eternity carrying the Edstone on his back like Obelix’s menhir, instead of which he’s off and for all we know enjoying a spot of self-catering in an Ibiza kitchen.

Of course, if you actually voted for the Nugatories (©TCW 2015), you probably feel quite chuffed at the election result but even if you didn’t, there’s so much else to enjoy.

First of all, the BBC have kept referring to the surprise Conservative victory and by ‘surprise’ they mean ‘fluke’ because for them the result simply does not compute.  Trying for a shred of silver lining, the focus is now on the Tories and Europe over which the Beeb alternatively plug the line that Cameron is going to have problems with his Eurosceptics, who seem on the whole reasonably placid and content, or that business is going to suffer while, in a disobliging counterpoint, the stock market and sterling react buoyantly.

This is not news reporting, this is what progressives call creating a narrative, which describes an idealised progressive world rather than reality and only time will tell whether the new Culture Secretary, John Wittingdale, is an enthusiast for ‘narrative’.

It is hard to remember each of the smorgasbord of ‘Portillo Moments’ that Thursday night and Friday morning gave us, though the departure of the other Ed whose parliamentary career he will feel has diminished too far, too fast will continue to linger.  And then there’s the eclipsing of the poster-boy for sour pusses, that ultimate sour puss, Vince Cable, which will remain to be savoured through the years ahead.

But the greatest joy has to be the remarkable, continuing and widespread rage and incomprehension on the Left.  There is a general sense of grievance at having been cheated out of their rightful result as though the electorate had been bamboozled into voting the wrong way by malevolent forces on the Right, whereas the truth is that it’s the pollsters, pundits and politicians who have been utterly wrong-footed by the electorate.

Roy Greenslade in The Guardian, brings his considerable weight as a professor of journalism to the subject and writes that right wing newspaper coverage caused Ed Miliband’s downfall. Surely only would-be purveyors of the narrative would enrol under Professor Greenslade and there aren’t many paying jobs going on those titles.

Some now look to Nicola Sturgeon as the defender of the faith with her plan to turn Scotland into the Venezuela of the North, a project in which she will only fail because David Cameron willshovel ever more English money into the insatiable Caledonian maw.  And then at the loony but not dangerous end of the spectrum we have Philippa (Mrs Grayson) Perry who writes in The Guardian that we – that’s the all-embracing, collectivist ‘we’ – should try painting faces on fruit to help ‘us’ overcome ‘our’ anger.

There’s so little self-awareness in any of this, so little understanding of an alternative point of view, soprofound a denial of what makes people tick that there could be enough astonishment to last the full five years of David Cameron’s second term.

But by 2020 what will be most prominent in people’s memories?  What is almost certain is that the Edstone will be largely forgotten, an emblem of towering vacuity dressed up as a thing of substance.  And because it will have been forgotten we’ll be able to do the wholemad business again.