NewsPaperthe art of publishing
Home Laura Perrins Laura Perrins: Feminism is not the sisterhood. It is the victimhood
25

Laura Perrins: Feminism is not the sisterhood. It is the victimhood 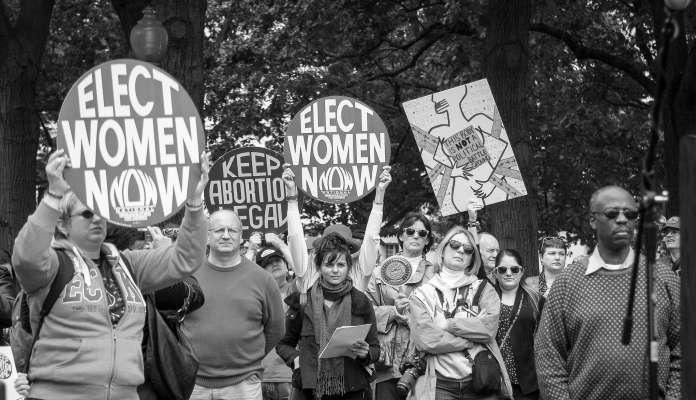 The card-carrying feminists are not happy that there are some women out there who have the temerity to call themselves Women Against Feminism. American blogger and Guardian writer Jessica Valenti “looks forward” to all these women “giving back their votes, credit cards, family leave, political representation, anti-rape laws and birth control. There’s a basket at the door, feel free to leave them there.”

First, establishing the vote for women was a victory for classical first wave feminism and had nothing to do with the likes of Jessica Valenti. As for political representation, very few female politicians represent my views.

Birth control. Well, as reported by The Guardian, many women are in fact leaving this in the basket due to side effects. Others refuse to medicate their fertility away for moral reasons and do not want to “break” their own fertility as has been encouraged by one prominent feminist. Funnily enough promoting violence against women’s inherent biological condition turns many women off.

Family leave. It is arguable that although it increases maternal participation in the work place it reduces the number of women ‘at the top’ which should worry feminists as this is what they care about. In any case, many women already leave their family leave in the basket as they run back to the office two weeks post birth, least their social status diminish or are shamed by the feminists for having a ‘magical mind-meld’ with their child (known as maternal bonding to normal people).

Rape laws. Rape was a common law offence in England and made a statutory offence in 1898 punishable by death. It is true that the rules of evidence were highly discriminatory and the marital rape exemption remained until 1991. But now, rape laws in the US include highly dubious procedures in universities designed to deny the accused his constitutional protections. So yes, I would like to leave those rape laws in the basket.

Credit cards. Access to credit for women was an important feminist victory, although it should be noted that between 1981 and 2001, the number of women filing for bankruptcy rose more than six hundred per cent and Democrat Senator Elizabeth Warren points to two-income families and their access to credit as the undoing of the middle-class in America, The Two-Income Trap: Why Middle-Class Mothers and Fathers Are Going Broke” (2003).

The consumer-credit industry is worth six-hundred-billion-dollars so the victory benefitted many more than just the feminists. It benefited those who made a lot of money pulling more and more men and women into debt – but it hurt women disproportionately. So I think I will leave my credit card in your basket, that was probably bought on credit.

It is quite amusing now to view how those who are fighting for the “oppressed” having to convince the oppressed that they are in fact oppressed. No doubt it will all be the fault of the ‘patriarchy’ that many women do not view themselves as victims.

Feminists, who normally are such advocates of “agency” like to strip women of that very same agency when it suits them. You do not think you are victim? You have just been absorbing sexist norms. You do not feel oppressed? The patriarchy have brainwashed you into thinking that. It is a neat trick.

I can imagine that much of the panic caused by Women against Feminism is that if it became mainstream it would put a lot of women out of a job. The victimhood that is the sisterhood is an industry, what with the lobby groups, and the think-tanks and the journalists and The Guardian, and the Fawcett Society, and Woman’s Hour. Can you imagine if women came to dominate public life so completely they had to stop whining about being discriminated against and instead focus on the real issues? What would the victimhood do then?

Share
Facebook
Twitter
Pinterest
WhatsApp
Previous articleKathy Gyngell: Denver goes to pot. So Theresa May appoints a drug legaliser as her adviser
Next articleDavid Keighley: A privileged, blinkered, outmoded monopoly. The new BBC chairman must sort it out