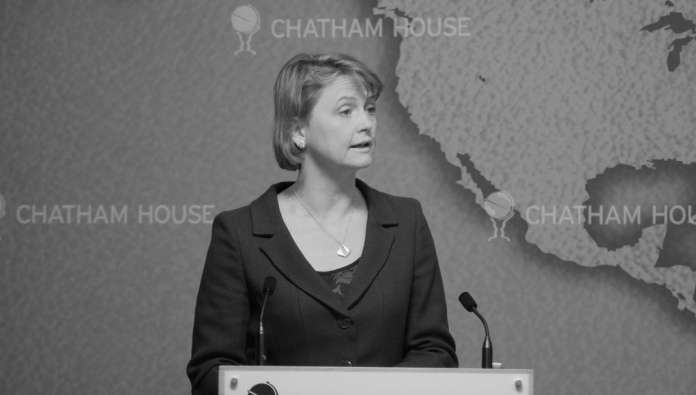 It never ceases to amaze me what we expect our teenage daughters to endure at secondary school in the name of ‘education’. If we are to believe reports, behaviour that amounts to nothing less than sexual harassment and criminal sexual abuse is rampant in our schools.

Labour’s Shadow Home Secretary Yvette Cooper informs us that one teacher reported that insults such as: “Whore, bitch, slag, slut,” are “levelled at teenage girls on a daily basis.”

This teacher also describes girls being “heckled if they dare to speak in class, their shirts forcibly undone, their skirts lifted and held by groups of boys”.

Labour uses this problem as another way to justify making sex education compulsory in schools, including sending men to feminist boot camp. Ms Cooper wants the State to teach teenagers “to respect themselves and each other and the importance of equality in relationships.”

So we cannot have it both ways. You cannot on the one hand say pornography degrades women and causes abusive relationships, but then on the other hand insist it has its place in the bedroom.

The real problem here is that for the past 30 years feminists have advocated that when it comes to sex ‘all you need is consent.’ Even the hippies required a bit more than this – all you needed was love – but now even this is superfluous to requirements.

As long as everything is ‘healthy’ and ‘consensual’ then not even a relationship is required to have sex, according to the feminists. So we should not be surprised if some of young men (but by no means all) take this to extremes and dispense with the consent requirement completely.

The difficulty is that it is very challenging to advocate for ‘respect and equality’ without also asking for commitment. As the feminists have been the leaders in dispensing with the commitment requirement, I certainly will not be surrendering either my son or my daughter to their ideas on sex education.

I would also like to examine exactly what is going on the secondary schools – ‘on a daily basis’. Girls are heckled in class – this is intimidation. Far worse than this, some girls have “their shirts forcibly undone.” This constitutes the offence of sexual assault under Section 3 of the Sexual Offences Act 2003 and I am left wondering why teachers and schools are not referring these assaults to the police. I suspect they do not want their glowing Ofsted reports compromised.

We would not expect an adult to endure this kind of treatment so why do we expect our daughters to? Having your skirt lifted by a group of boys is also sexual assault and I doubt a stint at feminist boot camp for the offender is going to make any difference.

Again this should be referred to the police and if the boy is excluded in the meantime then this is the right and proper consequence – not lectures on gender studies by Mrs Smith between Chemistry and English class.

Finally, reports like these are no doubt why many parents mortgage themselves to their eyeballs to send their children to private school, and frequently their daughters to single sex education schools. Not having to endure sexual harassment and sexual assault every day is high on most parents priority list.

Feminists do not have a patent on concern for intimidation and violence towards women and girls – and most of their solutions are pretty rubbish. State education should consider enforcing the norms every other person in the adult world expects and introducing more single sex schools. I don’t fancy sacrificing my son or daughter to Ms Cooper’s feminist brainwashing for the sake of ‘the system’.