Laura Perrins: Why I am voting to Leave the EU 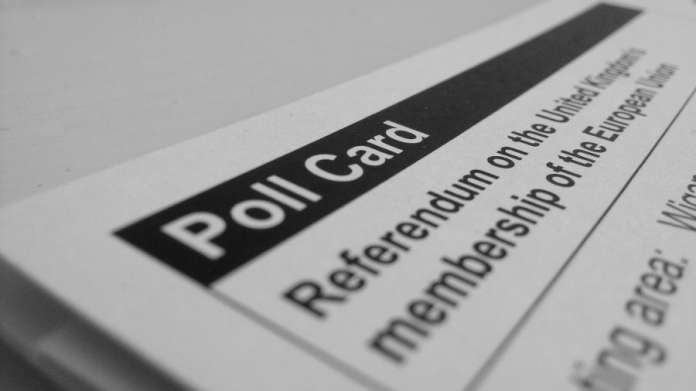 If anyone had any doubts as to how to vote in the referendum, I trust the last few days have made clear the character of those who wish us to Remain. Up until now it has all been ‘politics’, but the grotesque and unseemly exploitation of the brutal and senseless killing of a young mother and MP demonstrates that the establishment will stop at nothing to browbeat and emotionally blackmail the electorate into allowing Brussels to rule for decades to come.

The shameless, unBritish and, dare I say it, unChristian response to the death of Jo Cox tells me all I need to know about Cameron and the rest who wish to control us. His actions – from seeking to crush any dissent against leaving the EU and his twisting of the narrative to paint any critics of Brussels as flirters with violence –  demonstrate his lack of character, his ruthlessness and his immorality.

The fact that Cameron tweeted a piece by Jo Cox urging us to remain, saying her ‘strong voice in the campaign to remain in the EU will be badly missed’, should go down in the political handbook of infamy.

You cannot argue with a woman who was butchered to death in the street, and if you dare, you know what we think of you. The fact is few knew Jo Cox MP before her death, and fewer still would ever have read her piece. Now that she has died in such a violent manner, this secures more attention for Remain, and Cameron has wasted no time in exploiting this fact. How the man can sleep at night I will never know.

So ask yourself, do I want to vote for a group of politicians that would act in such an abominable way? If you are not persuaded, let us look at the final message – the airy-fairy plea to remain ‘open’ and outward looking.

When Cameron et al say Britain should be ‘open and tolerant and compassionate’ what he means is that you, dear voter, should be open to having your maternity services over stretched, your primary school turning away your child, and your wages stagnating.

It will not be the Chipping-Whatever set who are opening their homes (I imagine that part of the woods is pretty closed when it comes to planning and building new houses). Do you think the private schools will be opening up their doors to all the state school students who cannot secure places at their local school? Do you think these politicians will pack a few refugees with them when they fly off on their half -term ski trip?

No, as you open up your community to unsustainable immigration (and remember second and third generation immigrants are with us on this) where do you think Cameron will be in five years time? On a yacht dear reader. Mark my words.

Finally, however, this is not about narrow self-interest. Although I recoil from the personal, the truth is on narrow economic grounds our family might be better off in.

This is our last chance to save the country, break free from the tyranny of a desperate immoral establishment and take back control. Vote Leave.