Laura Perrins: Ukip’s triumph is complete. The arrogant broadsheet columnists have been confounded 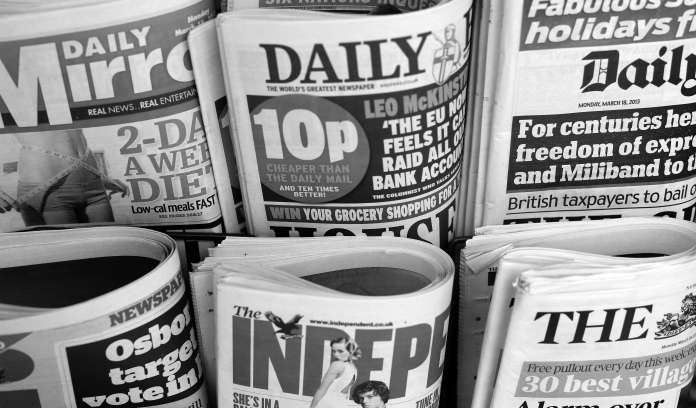 Do you hear that flapping sound? It is from the broadsheets columnists still at a loss as to why Ukip did so well in the elections. It has upset their brunch, and caused them to spill their lattes. What were the hoi-polloi thinking, voting for that lot? Surely they are just a bunch of racists; therefore anyone who is concerned about immigration must be racist too.

The fall-out from the last week’s elections has been interesting to watch, not just from the politicians but their comrades in arms, the columnists on the broadsheets. How it must depress to realise your influence is on the wane when all your previous calls not to vote Ukip were ignored.

Prior to the election, all four of the main broadsheets launched a fierce campaign against Ukip. It back-fired and the voters ignored it, registering their protest vote nonetheless. Did this prompt any change? Hardly. Many turned to insults.

At The Times, David Aaronovitch accused those voters who supported Nigel Farage of being “determined to jump off a cliff, believing that they can fly.” They were all “lunatics.”

On Monday, Matthew Parris, also at The Times, accused the voters of being “hysterical when they mouth off about Europe being the cause of our problems. They just like to have someone else to blame.” And those hysterical voters were speaking ‘nonsense’ and should be told so by the politicians – this would be brave. Clearly not a big fan of representative democracy, Mr Parris assumes he represents the views of the voters.

The Times leader, the day after the European results, put UKIP in with the ‘fringe groups’. Again any of the worries the voters might have about the EU ‘may be unfounded’. So there we have if from The Times. The voters who are concerned about the EU are hysterical lunatics talking nonsense whose concerns are unfounded.

Hot on the heels of The Times was Tony “Eight Houses” Blair. On the Today programme he dismissed Ukip as something ‘pretty nasty and unpleasant.’ But then it is easy not to worry about the uncontrolled immigration that you yourself created when you are part of the global elite.

Mr Blair said that those who voted for Ukip’s ‘repressive and reactionary’ policies were ‘close-minded.’ We assume this includes former Labour voters then? They are probably all ‘lunatics’, as The Times would say, to be worrying about their homes and families.

Currently Ukip have very few policies. Only one in fact – to leave the EU and in consequence return control of British borders to Britain. To some, the London elite, this seems like a crazy idea. They are already unhappy at having to go through the hassle of changing their currency and showing their passports when they go on their annual family holiday.

But many families outside London can no longer take that annual holiday because, they feel, of unlimited EU immigration and the resulting strain on services such as education and health. Calling them hysterical lunatics might make the columnists feels better but it is not going to change the voters’ minds.