NewsPaperthe art of publishing
Home News Laura Perrins: where is the outrage against campus censorship?
0

Laura Perrins: where is the outrage against campus censorship? 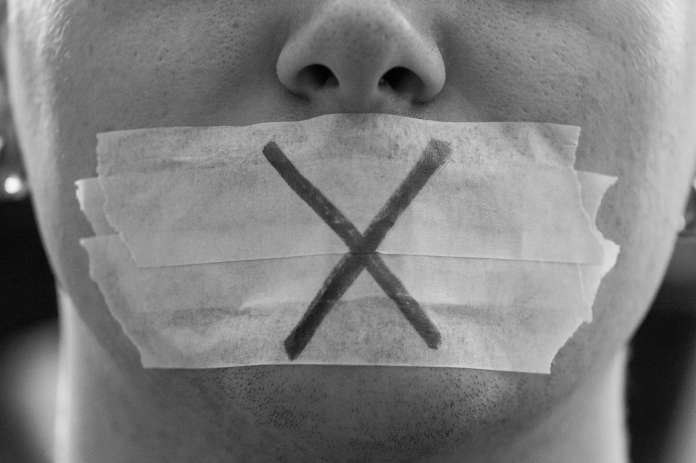 We live in a liberal democracy – or so we are told. So where is the outrage when a University, the supposed bastion of free speech, the exchange of ideas and robust debate, proposes banning free speech, expression and protest on campus?

Yesterday the Catholic Herald reported that the Students Union at Cardiff University attempted to pass a motion that would require them to “prevent affiliated societies and groups from taking part in anti-choice protests or rallies”.

Note the Union did not even bother to dress this up as prohibiting hate speech, or speech likely to cause offence.

No, they just said if you are ‘anti-choice’ you couldn’t protest or rally. We do not agree with your views so we are just going to ban you from expressing them at a rally or protest. End of story.

It should also be noted how broad this prohibition is – it prohibits any ‘anti-choice’ protest or rally. So, if you want the abortion time limit reduced, you are censored.

If you think we should debate whether an unborn child should be terminated on the grounds of its disability or indeed its gender you are censored.

It is a draconian proposal, astonishing in its breadth. In the end the proposal failed on a technicality but it may be rescheduled.

So where is the outrage from our liberal press that a student body would attempt to censor and suppress the views of their fellow students?

To my knowledge not one national newspaper has covered this story. Where is the #freespeech firestorm across twitter? Nothing.

Is there anyone out there who cares about free speech on campus anymore or are we to fall into the hands of total dictatorship?

What this attempt to restrict free protest and expression shows once again is that we no longer live in liberal democracy in the classical sense. We live in a liberal dictatorship.

If you oppose the liberal orthodoxy – and being pro-abortion is an essential component of the orthodoxy- then any opposition must be oppressed.

Dissent is not to be tolerated and challenge to the status quo must be ruthlessly put down. For the obvious point here is that this type of oppression is so completely unnecessary.

So it cannot be the fact that the Student Union are afraid someone might be persuaded to change their minds on the issue (heaven forfend) but that pro-life students themselves must not be allowed to associate together and express their pro-life views.

Such views in the eyes of the liberal establishment are so beyond the pale they simply must not be given any space whatsoever to be expressed in group form.

It is the very existence of such views that offends, and as such must be extinguished. Classic liberals take note.