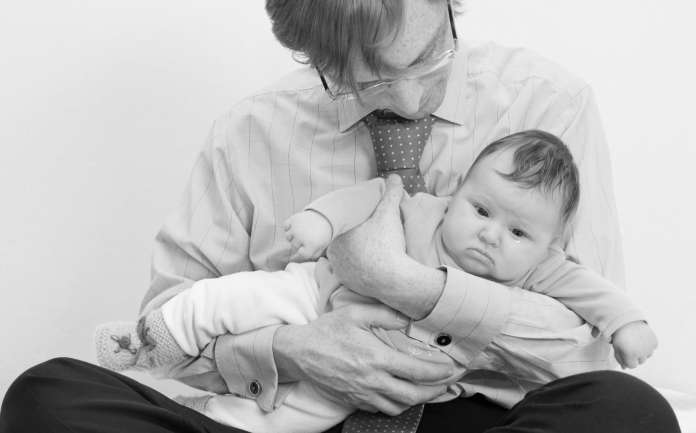 The socialist think-tank the IPPR wants to give fathers four weeks paternity leave instead of the current two weeks. They will not be funding it mind you – No, that will come from the socialist’s favourite bank – the bank of other’s people money: taxpayers’ money. It will cost £150 million a year, thank you very much.

The reasons are two fold: it will make fathers more involved, we are told. “Fathers who take more than a few days off around the birth of their child are more likely to be actively involved in raising their child than those who do not”. And of course the Holy Grail of socialism – it will make it easier for mothers to return to work after maternity leave. The IPPR would like to scrap the marriage tax allowance to fund this scheme.

A few points. First, I think it is time to return to ‘first principles’ when it comes to any type of paid leave. The first rule of employment is that you have to be at work and doing the work your employer wants you to do, to get paid. This seems to surprise many – especially socialists.

For some, one can be at home and doing the work the employer wants to be done, but still the rule remains: to get paid you must do the work. Only in very limited circumstances can you get paid even when you are not doing the work.

These circumstances include: if you are very sick. Out of solidarity and compassion, employees are entitled to a very limited amount of paid sick leave.

The other most common circumstance is maternity leave. As only women give birth and are best placed to care for baby after birth, we decided Mum is entitled to some paid maternity leave.

Accommodating this biological difference would lead to greater equality (feminists please note: accommodating difference not pretending it is not there) and it is best for baby and therefore society as whole, so it is worth the cost.

As such we need a very good reason to pay fathers to be at home with baby when another person – Mum – is there to care and is better placed to do so.

The reasons the IPPR give are first, this father involvement nonsense. Well IPPR, fathers are for life not just for the first four weeks when baby eats, sleeps and poops. And do you what makes a very involved father in the long term? A married father.

By the time a child is 15 years old if they are lucky enough to be still living with both parents 93 per cent of them are in married families. Children need their involved fathers just as much – in fact even more – when they are 15 years old then when they are 15 days old. But the IPPR are not interested in the long-term interests of children: they are interested in anti-marriage dogma.

So it is best to get Mum back to work before she has had any real time to bond with her new child – that would be terrible, maternal bonding. This must be squashed out as it only leads to ruin. We don’t want those Mums cooing over their babies, twinkling toes at home, when they can be at work – paid glorious work, the only thing that counts! Again the IPPR is not interested in the long-term interests of children – they are more interested in their ‘equality dogma’.

Truly, I think it must take a special type of person to have as his paid job inventing new and exciting ways to separate mothers from their infants (and we are talking about infants here). A very special person indeed.