Laura Perrins: Nanny State latest. Now they want to tell you what to have for breakfast 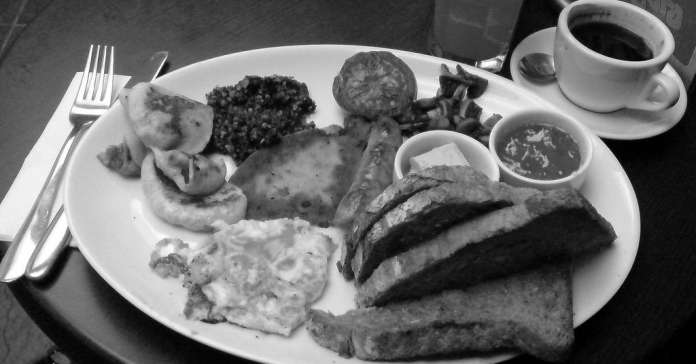 On Tuesday I asked the ‘socially liberal, economically conservative’ Conservatives – in truth, the libertarians – since the UK has become so socially liberal, how is that small State working out for you? The question was greeted with deafening silence. So here I gather some recent examples of how the State has grown exponentially and in ways that, just a few years ago, would have been unimaginable.

In just the last year there was a proposal to pay mothers to breastfeed their infants. Now, as an avid breastfeeder myself (four years all in) I can see the attraction. But this scheme was targeted at mothers so far immune from the long campaign by the NHS to increase the breastfeeding rate: young, usually single, Mums.

Ah you see – not being married can even lower your chances of breastfeeding, probably because you have less immediate support, and may have to return to some form of work earlier than your married sisters. So here is the first example of state expenditure deemed necessary in a very private area due to our anti-marriage culture.

Next up is caring for children. In this parliamentary term there were the following two proposals: the childcare subsidy and free school meals. The childcare subsidy will cost the Exchequer a cool £1billion to start (and no they will not re-coup it in taxes gained by mother working as many will not be paid enough to pay tax).

The childcare subsidy means the State will pay parents to pay another person to care for their children. As a social conservative, I think caring for your own children is your responsibility, or at least if you choose to pay another to do it for you, then you should pay for it yourself. But perhaps our libertarians think otherwise.

Then we had free school meals. This will cost £150 million in capital costs alone and has been such a disaster that even The Guardian has panned it. After initially supporting this scheme, I have seen the error of my ways as feeding your own child is your responsibility (unless you are in poverty).

Now, the State will do this for me only in a very uneconomical way. I am still pondering the packed lunch option for my four-year-old this September, out of protest. Anyway I cannot see much State shrinking here.

There are lots of others “State in loco parentis” proposals such as the childcare/school for two year olds (two years old mind); an extra long school day (8am – 6pm); and school out of term time that should upset many a libertarian, especially as they are all proposals from our new fantastic, bombastic liberal “Conservative party”.

The measures are frequently touted as a way to tackle social inequality or deprivation – code for family breakdown. But our libertarians are too cool to care about family breakdown as they are ‘socially liberal.’

There are other, so many other big State measures. Very soon, there will be plain packaging for cigarettes in the UK. Now I don’t have much of a problem with this, but just to be clear, it is a pretty fundamental interference by the State with a company’s right to sell and package its own legal product. It will, also, require justification under EU law.

The move is being justified, as a means to protect children from smoking because, as usual, the State says parents cannot do this themselves. State in loco parentis once again. While we are talking about smoking, Parliament voted to ban smoking in cars carrying children. This was such a fundamental encroachment by the State into the private sphere I nearly had a meltdown over it and have blogged on this before.

Again the justification for this is the parents cannot be trusted with their own kids. How are we feeling now, social liberals? Need to sit down yet?

But let’s not forget the fundamentals: the UK debt stands at well over £1 trillion. One TRILLION! How many libertarians really know how many zeros are in there? Chancellor George Osborne hopes to cap spending on welfare at £119.5bn for 2015/16, but the basic state pension and some unemployment benefits will be excluded from the cap. Small change then.

I am not saying all of this is down to family and social breakdown but the Centre for Social Justice has calculated the annual cost of family breakdown at £44 billion, and this says nothing of the emotional devastation.

Finally, while the libertarians dream of their Utopia, Labour are devising ways to come after your crunchy nut cornflakes. They are coming into your house to swipe away your coca pops because Andy Burnham is “not comfortable with the idea that any child in my constituency sits down at breakfast time to a bowl of food that is 38 per cent sugar.”

This is what it has come to – dictating what people should eat for breakfast all in the name of saving the children because their parents do not have the inclination to feed them properly (only Labour will not admit to this part). The liberals seek total control and you libertarians with your silly social liberalism just make it all the more easier for them to grab it.

You can have all the conferences you want on “Liberty” but if we cannot even decide what to eat for breakfast then I would say the jig is up.