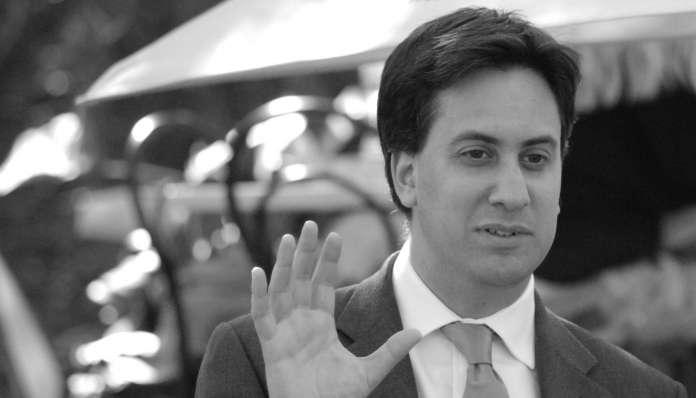 Ed Miliband must have been crying into his asparagus salad last night following what was a very bad day. He got a shellacking on Radio Wiltshire when he clearly did not have a clue who big “Jim” was. Jim Grant is Leader of Labour in Swindon.

But far, far worse was the car crash interview on ITV Breakfast earlier that day. Labour’s key issue is the ‘cost of living crisis’. As such and entirely predictably Ed was asked what was the cost of a key item in the household budget – namely groceries. Ed floundered.

Listening to the interview again – and do, it is worth it – it is clear that the reason why Ed Miliband ended up with his pants around his ankles is because he did not know the average cost of a weekly shop for an average family of two. He was asked a direct question, what is the average cost of for an average family, and he dodged it by saying ‘it depends on the family’.

To throw him a bone the presenter asked, what is it for you? He said £70-£80, which is wildly off the mark. Things went downhill from here. He later said this was just on fruit and veg. Ed should just stop, now. Only champagne socialists would spend that much on fruit and veg, such as kale.

The presenter said the average weekly grocery shop was £100. It is true that the grocery question can be tricky. First, who does their grocery shopping separate from their household shopping, such as washing powder, which is shockingly expensive. If you have two kids under five then just forget it. You are up to £150 a week. And no, don’t start lecturing me on how I could use one part lemon to two parts water to clean, or cotton and water instead of baby wipes. I don’t.

Now I don’t really expect Ed Miliband to do his own grocery shopping nor do I care what his grocery shop is. As his wife is a successful barrister I hazard a guess someone else does it for them – or she does it online on the train back from court. Fine. In fact, I would expect their grocery bill to be far less than average as I also hazard a guess they do not spend that much time at home. Neither of them are having lunch at home for instance. Recall, this is the couple that did not have time to get married until he was made leader, so they are not making the sarnies at lunchtime.

But, what I do expect the from Her Majesty’s Leader of the Opposition to know, if cost of living is your siren song, is the cost of the average shop for the average family – one hundred quid. An easy number to remember, you might say. In fact, an easy number to guess. But Ed did not even hazard a guess and instead offered personal information. This is what screwed him over.

Miliband did not know or even take a stab at the figure because he is clueless. He is clueless about the average family bills, but more than that he is clueless as a politician. Are we sure we want this man running the country in the near future?