The Laura Perrins Interview: I don’t care if they brand me racist, says Ukip’s Suzanne Evans 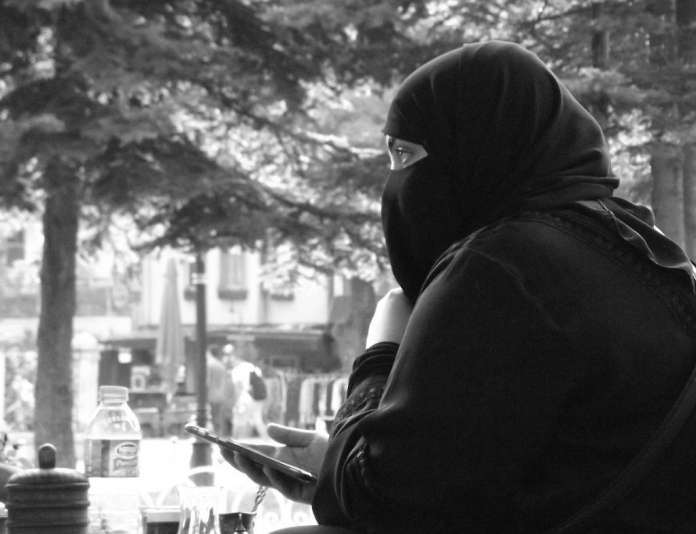 (Suzanne Evans is Deputy Chair of Ukip and is drafting its manifesto.)

Laura Perrins: You personally have been taking a lot of heat for the Ukip policy announcements on integration. I would like to examine a few in turn.

What is the reason for this proposed Burka Ban? Is it integration, women’s rights or hidden Islamophobia? I have noticed a lot of male journalists criticising this policy – but something tells me if the Burka was so empowering then perhaps they should spend a day wearing it?

Suzanne Evans: Perhaps they should! Watching so-called ‘feminists’ and ‘emancipated’ males falling over themselves to condone a woman’s ‘right’ to continue to be subjugated by this oppressive clothing has been quite extraordinary, and deeply troubling.

Those who play the ‘it’s her right’ card completely fail to understand the inherent misogyny in this clothing, and the horrific way in which women worldwide are forced to wear the veil. And let’s be honest, the overwhelmingly majority of women are forced to wear it. Of those that do ‘choose,’ I say nine times out of ten it’s a funny sort of choice. I’ve spoken to Muslim women who have told me that they are seen as ‘loose women’ if they don’t wear the veil in certain circumstances, such as at the mosque or in streets where there is a large Arab population. Consequently they ‘choose’ to wear it to protect themselves from abuse. I don’t call that choice, I call it coercion.

That the veil is a symbol of female oppression is unarguable. The first thing women liberated from Islamic State and other extremist organisations do is tear off their veils. By saying ‘No’ to the veil, we are sending a strong message that the subjugation of women is unacceptable. We also express solidarity for women internationally who are bravely standing up to their menfolk and their religious leaders and saying: “No.”  So to answer your question, yes it is about women’s rights.

It’s also about integration. Ukip wants Muslim women to have the same opportunities as non-Muslim women, and if they are hidden behind what one iman has this week called a ‘tribal rag’ that is far more difficult. Fundamentally, the veil de-humanises and segregates women, and prevents them from being perceived as individuals in their own right. The veil is also potentially a security risk, and can hide evidence of domestic abuse.

I totally reject the charge of ‘Islamophobia.’ First, it should never be a ‘phobia’ legitimately to criticise religion, and second, there is no Islamic edict for a woman to wear a veil in either the Quran or the Hadith, the sayings of the prophet, anyway. It is not Islamic. It is also worth pointing out that women are also forbidden to wear the veil at the Kaaba, in Mecca, when they are on Hajj, or pilgrimage. ‘Islamophobia’ in this context is simple the desperate cry of bigots who refuse to debate.

LP:  The other issue is integration. I have noticed Ukip labouring the women’s right point (no women IMHO would freely choose to wear such an oppressive garment) but it is true that in a liberal, democratic society it is not right that fellow citizens should segregate themselves in such a way. The Burka arguably says, loudly, I reject your values and is this something as a society we can and should guard against?

SE: As I’ve already said, there is no religious edict to wear the veil, as there is for Sikhs to wear the kara bracelet and not cut their hair, for example. Taking the veil or forcing others to wear the veil can therefore be a political act. As you say, in the West, it is a powerful symbol of rejection and segregation. It is a sign of extremism, and another good reason to ban it.

LP: On the other hand – what are the specifics proposed? If we criminalise the women, for example, by imposing a fine, it risks segregating and oppressing them even more?

SE: This is the big dilemma and one I have personally struggled with for some considerable time. The more you attack someone’s beliefs, it is a truism that especially where religion is involved, you risk hammering those beliefs in deeper in the minds of that individual because they feel under threat.

However, allowing minority communities to make their own rules has not worked either. Despite our liberalism, our acceptance of the faiths and values of others, our blind-eye turning to some horrendous practices, our society is under huge threat from Islamist extremists. We have given them an inch and they have taken miles and miles. Being tolerant has not worked.

Indeed, with the benefit of hindsight, I think it has enabled extremism. It has allowed a minority to exploit our own values of free speech and democracy, values which they utterly reject, and turn those values against us. I am aware of the risks but, on balance, think it’s time we tried putting our foot down.

LP: FGM. I blogged on this and the pros and cons of toughening the law in this area. But again what are the specifics of it?

SE: FGM was made illegal in this country in 1985, yet there has been not one single successful prosecution, and only two rather strange cases involving ‘repairing’ FGM have even come to court. As it stands, those who promote and practice FGM made the law a laughing stock. I have been campaigning against FGM since the early 1990s and, again, it is well past time to say enough is enough.

We have said that any parent who allows their child to be cut should be prosecuted. After all, they are the ones authorising FGM in flagrant breach of the law, so I think that is unarguable. In addition, we want to adopt the policies already in operation in France, and which have proved so successful in preventing FGM and allowing successful prosecutions to be brought. This is includes the mandatory examination of girls thought to be at risk both annually, and when they return from trips abroad to countries known to practice FGM.

The House of Commons Home Affairs Committee has already looked at the French system and concluded that there is a strong case for its implementation in the UK, so we are hardly going out on a limb here.  The response to our suggestions has been, quite frankly, hysterical. We women undergo invasive gynaecological examinations throughout the course of our lives. To suggest a few more extremely quick non-invasive ones, done purely in the best interests of girls who may otherwise have their genitalia ripped, slashed, burned, and stitched up, threatening their lives, their health and their education, is somehow ‘racist’ or ‘evil’ is absurd. These people need to get their moral compasses fixed. Until they do, they are allowing the cutters and the true evil of FGM to continue.

LP: It seems that whenever I turn on the radio that political debate, from the left in particular, boils down to calling someone, either a racist, an evil racist or a fascist.

To me, this is bullying, and all they have left because they do not want to argue the policy. Does it get tiresome?

SE: Yes! It’s the last resort of the truly fascist and bigoted. When you’ve got no arguments left, resort to abuse. And yes, these people are bullies. But frankly, if I can do my bit to protect women being abused, those who are happy to turn a blind eye to the abuse, or simply express concern but do nothing, can call me what they like. I really don’t care.