Laura Perrins: The hypocrisy of socially liberal conservative man. Fuels the State then moans about the cost 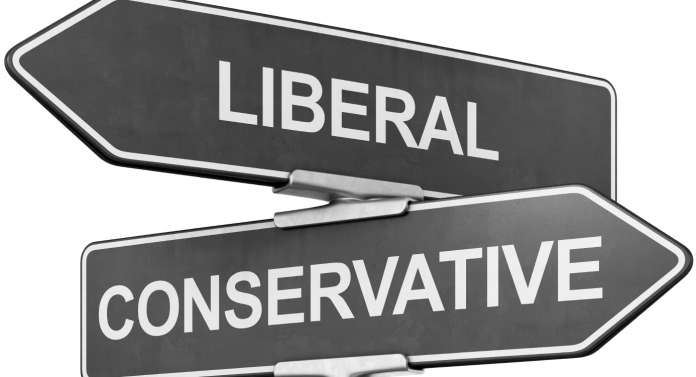 My blog on Monday on Conservative men who say they are ‘socially liberal but economically conservative’ caused much wailing and gnashing of teeth with the “Conservative” think-tank posse. There were many insults and much anger. This is understandable. When confronted with arguments that makes one uncomfortable, anger is frequently the result.

One line of argument was to say something I did not say and argue against that. This is the oldest trick in the debater’s book and used by Mr Oliver Cooper of Conservative (not really that conservative) Future.

He said that if I wanted to “purge the party of people that have pre-marital sex, she won’t have much of a party left.” First, I do not care about the party and am not a member. Second, nowhere in the piece did I say this.

I did say that if you participate in the casual sex scene (as distinct from pre-marital sex in a committed relationship) then you are not conservative.

It is true that I do go further than this. I maintain the position that if you are personally social liberal you cannot be economically conservative also, as your personal social liberalism may well be contributing to the big State we now have (far bigger than anyone could have envisaged 70 years ago).

So let me illustrate this argument again. I used the hook-up culture/casual sex scene as an example but there are others – such as taking a liberal position on drugs legalisation.

What the socially liberal ‘conservative’ man is doing when he participates in this scene is either relying upon, or potentially being a burden upon, the taxpayer.

This occurs in the following way: the hook-up culture/casual sex scene can only occur due to copious amounts of contraception being made available to young women on the NHS. And before you start to say, she is against contraception, I am not.

You, socially liberal conservative man, are against a ‘big State’, which I assume includes taxpayer funded contraception. However you have no problem taking advantage of such taxpayer funded generosity when it suits you in your own personal life. Herein lies the hypocrisy.

Further the hook-up culture/casual sex scene, having been made possible by the taxpayer-funded contraception, is often further propped up by NHS-funded abortions. Finally, should the NHS abortion be refused and the woman decides to have her and your child, the call on the taxpayer is even greater.

Now, do not bother telling me, socially liberal conservative man, that you are always ‘very responsible’ about these things. By definition, if you are participating in hook-up culture/casual sex scene, you will be clueless as to what may or may not result a few months down the line.

My point is not a moral one (for now). My point is that if this sounds like you, you are not conservative and what it is more, you are not even economically conservative – or at least you can shut up about the “huge cost of the NHS” considering you might be responsible for some of it.

Other more coherent arguments were that the Conservative Party is a broad church and you don’t get anywhere talking about social policies. I understand this – and that not everyone in the party is going to agree on everything.

But I do feel marriage is the absolute litmus test for conservatives. If you do not build a pro-marriage culture then do not even bother advocating for a small state, as it will not happen.

So what is a pro-marriage culture? First, it does not mean marrying the first person you see or a ‘vicar’ as one comment suggested. It means that should the time come, and you feel appropriate – I am talking to you conservative man – you do actually get married to your intended and not merely settle for cohabiting (or the long interview process as I see it).

You know who you are and you know what I mean. I am just asking for you to do what every generation in human history did until the boomers came along – they made the commitment. It is the very essence of conservatism.

Pro-marriage does not mean condemning those who have failed marriages. It means supporting them through a tough time, but still recognising that marriage is the gold standard.

A word on gay marriage. I did not say anything on it the piece but it came up after. I personally do not think redefining the meaning of marriage from one, which is child-centered and based on complementarity of the sexes, to one that is genderless and adult-centered was a good idea.

However if you did support gay marriage as part of your general pro-marriage culture building strategy, then you are still socially conservative. This is where the broad church must be accommodating.

If you are anti-marriage, however, you are not part of a broad church – you have just burnt the church to the ground.

I think this covers most of it. But finally, economically conservative socially liberal man, let me ask you this?  Since the UK has become so socially liberal, how is that small State working out for you? Has the State, by some magical, magical coincidence grown exponentially, much of it due to family breakdown? What a huge surprise!