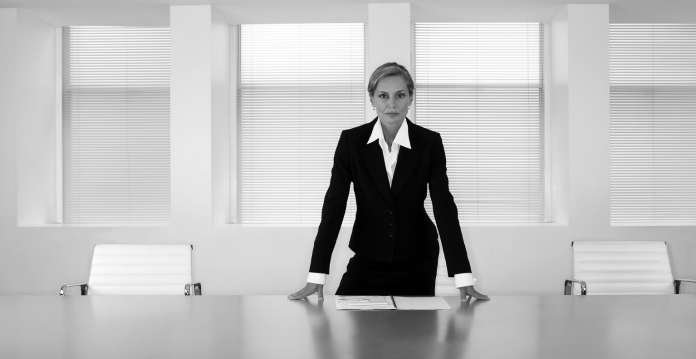 There is nothing in the world guaranteed to get the feminists more in a flap then the dreaded, the dastardly, gender pay gap. No sooner had the ink dried on the report from Institute of Economic Affairs explaining in detail how the gap between women’s and men’s pay (which only kicks in after their late 30s) is down to personal preferences, than we have the Institute of Fiscal Studies repackaging what we already know.

As this blog explains rather eloquently, “There is absolutely nothing new in the IFS gender pay gap paper.”

Oh, but the feminists had the smelling salts out, it was all too much for them. As I have explained before we should be celebrating not bemoaning the gender pay gap as it means men as fathers are providing for their families.

What the gender pay gap proves is that even after 40 years of relentless propaganda from the feminist elites, women still prioritise caring responsibilities over career and pay. And boy does this drive the sisterhood mad.

Some mothers will take a break completely, some only a short while, while others will go part-time. All of this has an impact on pay because they are working less than a full time worker. Obviously if you work fewer hours you will be paid less – and this will be increase over time as the IFS confirms.

The feminists were told of this by Dr Catherine Hakim but they did not want to listen. She found in research in 2011, “Despite feminist claims, the truth is that most men and women have different career aspirations and priorities. Men and women often have different life goals and policy-makers should therefore not expect the same job outcomes.

What Hakim did not account for is the feminists do not care about what women want, or indeed what is in the interests of children. The feminists are only interested in pushing their own ideology, no matter how divorced it is from reality.

How it drove the demented feminists mad to have it all confirmed before their very eyes by their leftist allies at the IFS. There was even Women’s Equality Party founder Catherine Mayer attempting to censor any broadcaster who put forward an interviewee who said the gender pay gap was down to choice. This was a “minority ill-informed position”, she thundered. It is ill-informed because it goes against feminist orthodoxy, she means. And even more hilariously Mayer said this viewpoint should not be aired in the name of balance, as it was the same as putting climate chance “deniers” up against ‘world-class environmental scientists.’

But even in the feminist utopia of Sweden, “Despite all its family friendly and equal opportunity policies, it does not have a better record than Anglo-Saxon countries in terms of eliminating sex differences in the labour market.”

It is interesting, however, that Sam Smethers, chief executive of the Fawcett Society, now calls for “more quality part-time jobs.” Implicit in this is the surrender on the point that all mothers want to work full-time, if only they did not face ‘discrimination.’ Smethers seems to have absorbed, somehow, that some mothers want part-time work over full-time work.

Note the shift. It used to be all about ‘discrimination’ now it is ‘structural inequality’ and a ‘childcare gap’. If only men would take up more of the childcare responsibility all will be solved. But we have little if any evidence of men doing this or wanting to do it. Only 4 per cent of eligible men took up shared parental leave, so I would not hold your breath on that one.

It is typical of the feminists (who like to have lots of yummy cake and eat it with extra cream on the side) that if a woman, say, chooses to end the life of her unborn child, that is a choice made by her and not due to any structural whatsits at all. I would call it a structural culture of death but then that is just little old me. But should a mother decide to care for her child either full-time or part-time, well blow me down with a feather, it is everyone else making her decide that and not her decision one teeny little bit.

Ryan Bourne at the IEA summed it all up with this tweet, “This labelling just emboldens the wealthy feminists who see any positive choice to raise a family at home as patriarchal career sacrifice.”

Indeed, as Hakim says towards the end of her report, “Ambitious high-achieving work- centred women and men assume everyone is just like themselves. But this is fortunately not true.”